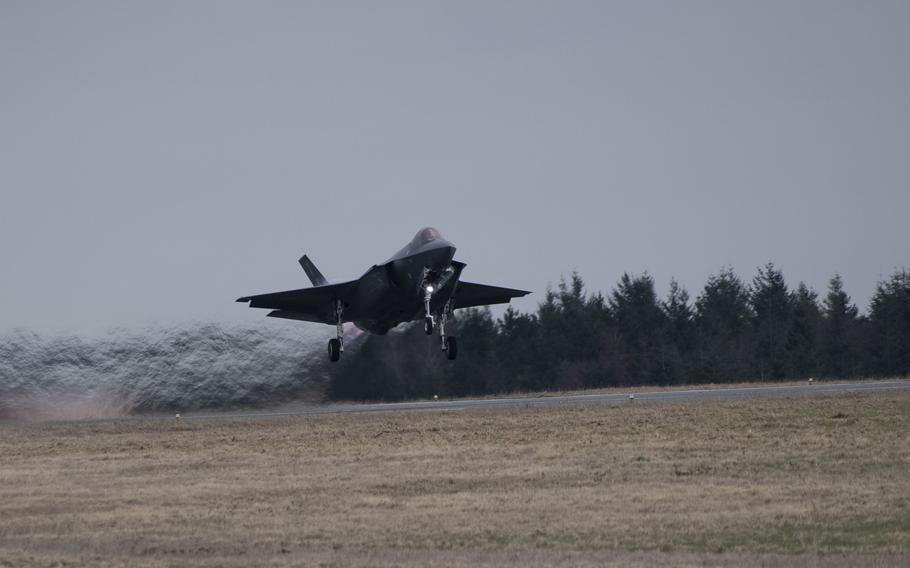 A U.S. Air Force F-35A Lightning II takes off at Spangdahlem Air Base, Germany, on Feb. 24, 2022. The first German-owned F-35s are expected to take to the skies in 2027, the country’s senior air force official said this week. (Melody Howley/Air Force)

Germany is still committed to its blockbuster purchase of U.S.-manufactured F-35 Lightning II fighter jets despite the soaring costs that inflation is saddling the government with in its overhaul of the military.

That was the message this week from the senior leader of the German air force, the Luftwaffe.

The order is valued at $8.4 billion and includes 35 planes plus munitions and additional equipment needed to get them operational. 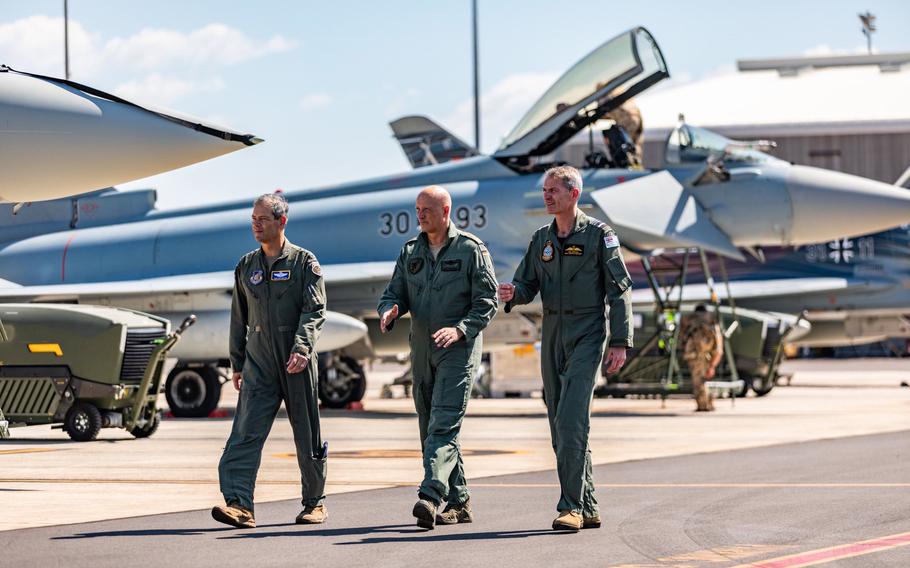 Germany has until the end of year to finalize a deal with Lockheed Martin. The purchase has gained urgency as the Luftwaffe looks to replace its fleet of PA-200 Tornado aircraft by 2030.

Inflation in Germany surged to double digits in September, casting doubts on Chancellor Olaf Scholz’s plans to splurge on defense.

But Gerhartz answered the speculation this week by saying that the Defense Ministry’s purchasing power is not expected to be affected by the rising inflation rate.

The full-scale invasion of Ukraine by Russia in late February prompted Scholz to devote roughly $100 billion to upgrade the German military across the board. The new fund also aims to bolster Germany’s defense spending above 2% of its gross domestic product, which is the threshold expected of NATO members.

The first F-35s are expected in German skies as early as 2027, which is the equivalent of “tomorrow,” given the complexity of the aircraft, Gerhartz said in a German air force video interview in June.

Eight European allies have already introduced the F-35 or are in the procurement process. This summer, the U.S. State Department tentatively approved the sale of the 35 fifth-generation planes to Germany.