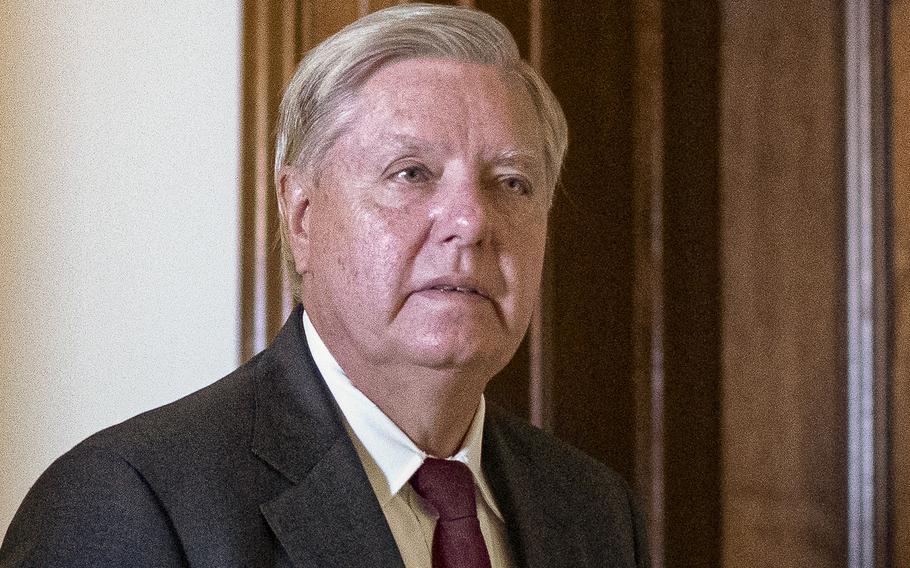 Georgia prosecutors told the Supreme Court on Thursday that shielding Sen. Lindsey O. Graham from testifying before a grand jury looking into possible attempts by President Donald Trump and his allies to disrupt the state's 2020 presidential election could seriously disrupt the investigation.

Lower courts that have ordered the South Carolina Republican to testify have already protected him from having to answer any constitutionally protected questions about his duties as a senator, Fulton County District Attorney Fani Willis said in a filing to the court.

If Graham is allowed to avoid testimony entirely, Willis wrote, the grand jury "will be foreclosed indefinitely from pursuing unique information, analyzing any resulting evidence, or using the Senator's testimony to explore additional routes of valid inquiry."

Last week, a unanimous three-judge panel of the U.S. Court of Appeals for the 11th Circuit turned down an attempt by Graham to block a subpoena from Willis.

On Monday, Justice Clarence Thomas - the justice designated to receive emergency requests from the 11th Circuit - granted a temporary order saying Graham does not have to testify as his petition to the Supreme Court advances.

Thomas could rule on the emergency petition himself, but it seems likely the entire Supreme Court will decide the issue.

Graham would be asked to testify about calls he made to Georgia election officials soon after Trump lost the election to Joe Biden. Prosecutors say Graham has "unique knowledge" about the Trump campaign and the "multistate, coordinated efforts to influence the results" of the election in Georgia and elsewhere.

Graham has said his actions were legitimate legislative activity protected by the Constitution's "speech or debate clause." The senator's lawyers have said that they have been informed that Graham is a witness in - and not a target of - the probe.

Last month, a district court judge said prosecutors could not question Graham about portions of his calls that were legislative fact-finding. But the judge said Willis's team could explore coordination with the Trump campaign in its post-election efforts in Georgia, public statements regarding the 2020 election and any efforts to "cajole" or "exhort" Georgia election officials.

In its order last week, the 11th Circuit panel agreed with the lower-court judge that those actions "could not qualify as legislative activities under any understanding of Supreme Court precedent." Two of the three judges on the panel were nominated by Trump.

Willis wrote that Graham's petition to the Supreme Court "ignores the lower courts' holdings demonstrating that his rights are not in danger, much less at risk of 'irreparable harm.' Particularly in the unusual circumstances present here, Senator Graham has failed to carry his burden, and his application should be denied."

If the Supreme Court grants Graham's request, the district attorney wrote, the delay would ensure "that information which could either clear the innocent of suspicion or increase scrutiny on the guilty will continue to lie beyond the Grand Jury's grasp."

The Supreme Court has not indicated when it might rule on Graham's request.

The Washington Post's Tom Hamburger contributed to this report.