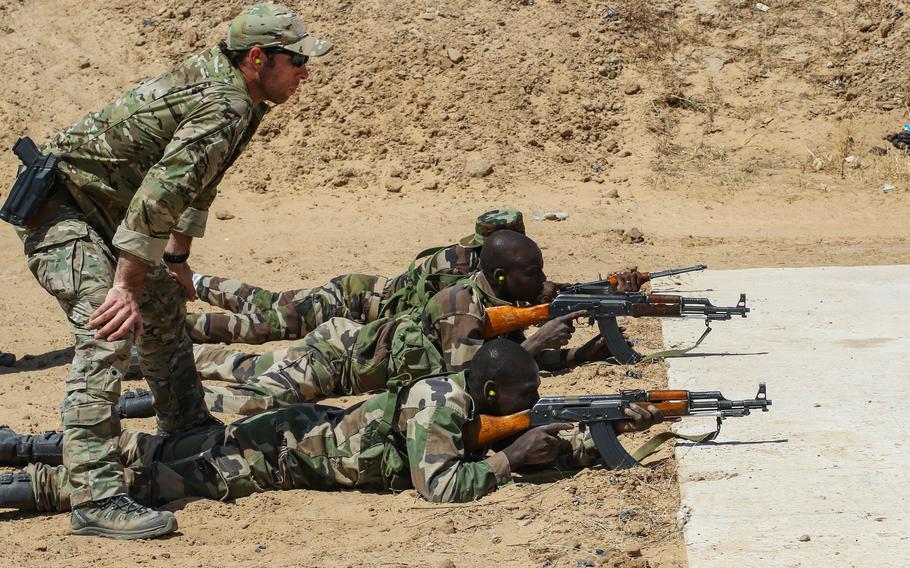 A Navy SEAL sniper’s killing of an ISIS fighter in Cameroon, the wounding of a Marine in battle in Tunisia and large-scale gunfights in Somalia.

Those are among the reporting failures across presidential administrations that have put U.S. troops at heightened risk because of insufficient oversight, according to a transnational think tank based in Brussels.

“The failure to report such hostilities, or quietly and retroactively sweeping them under the 2001 (Authorization for Use of Military Force) … increases the risk that the U.S. will unwittingly slide into new conflicts,” the report said.

The report, which focused on authorizations granted after the 9/11 terrorist attacks, argues that lawmakers should take a range of steps to bring more scrutiny to globe-spanning military missions.

For years, critics have lamented that the 2001 legislation has been used by successive U.S. administrations to carry out secret counterterrorism missions outside the public eye and with little pushback from Congress.

Such missions, which the Pentagon generally refers to as “advise, assist and accompany” operations, continue even as the military has shifted its attention to countering adversaries like Russia and China.

On numerous occasions, things have quickly turned violent. According to one unidentified former U.S. official cited in the report, American forces ended up “running with scissors” and “chasing (high-value targets), which they never should have been doing.”

Since 2015, U.S. armed forces have engaged in several clashes that should have been reported to Congress under the War Powers Resolution but weren’t, the Crisis Group report said.

One little-known episode occurred in 2017 in northern Cameroon, where SEALs accompanied a local unit to a compound flying an ISIS flag. The SEALs took up overwatch 300 yards away as Cameroonian troops approached the site.

“An unidentified man emerged with an AK-47, and a Cameroonian soldier tried to fire upon him, but the soldier’s gun reportedly jammed,” the report said. “Acting in what a former official characterized as ‘collective self-defense’ of the Cameroonian forces, a SEAL sniper shot and killed the man with the AK-47.”

Another 2017 battle involved U.S. Marines accompanying Tunisian partners, who got into a firefight with militants along the Tunisia-Algeria border.

A former U.S. official told the Crisis Group that a Marine was shot during the battle when a bullet ricocheted underneath his body armor.

But those instances and several others like them in places such as Niger and Mali weren’t reported to Congress within the War Powers Resolution’s 48-hour reporting period, according to the Crisis Group’s findings.

“Nor was any of this fighting widely understood to be authorized at the time,” the report said.

It made the following recommendations: