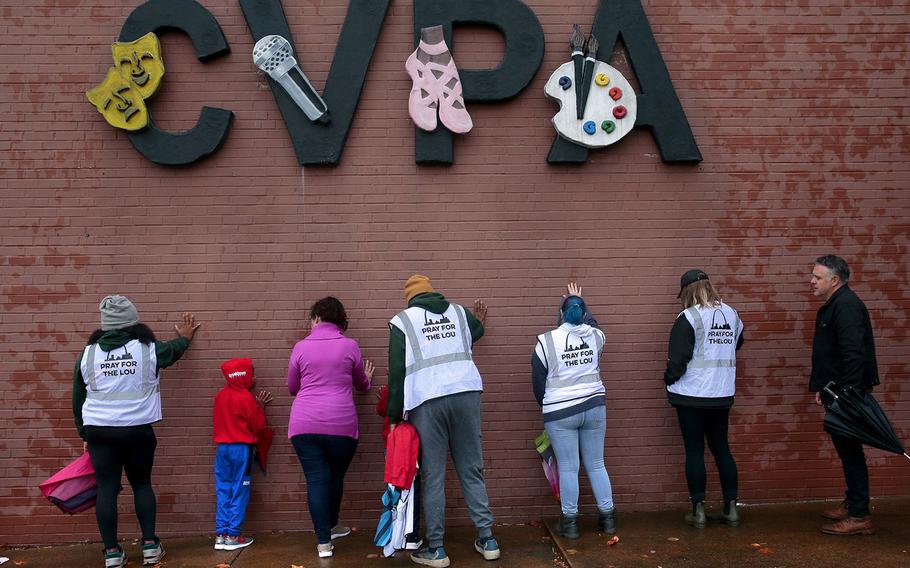 A group of visitors from the group ‘Pray for the Lou’ place hands on the building during prayers at the site of Monday’s school shooting at Central Visual & Performing Arts High School, on Tuesday, Oct. 25, 2022, in St. Louis. (Robert Cohen/St. Louis Post-Dispatch/TNS)

After a gunman killed two people at a St. Louis high school on Monday and injured seven more, Democrats once again renewed their call for Congress to step in and pass more restrictive gun laws.

Trudy Busch Valentine, the Democratic nominee for U.S. Senate in Missouri, said in a statement Monday night that she supported popular gun control measures like universal background checks, expanding access to mental health treatment and red flag laws, which allow law enforcement to seize someone's weapons if a judge deems them a threat to themselves or others.

"Extending thoughts and prayers is not enough to address the ongoing epidemic of gun violence in our country," Busch Valentine wrote. "Shootings are still a daily occurrence in far too many communities – even if they don't make the evening news. No child or person should have to be afraid of getting shot or killed in schools, places of worship, grocery stores, movie theaters, or anywhere else. We all deserve safe neighborhoods." 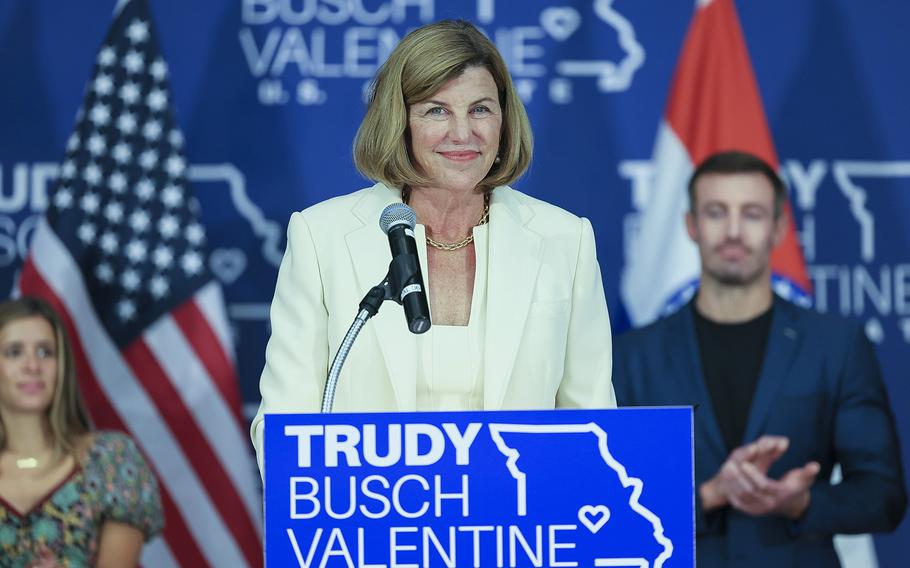 Busch Valentine is running against Missouri Attorney General Eric Schmitt in the Nov. 8 election. Schmitt, the Republican nominee, is a proponent of gun rights and has opposed measures like red flag laws, which allow law enforcement to temporarily take weapons from someone a court has ruled a threat to themselves or others.

Busch Valentine had previously said in an interview with The Star's editorial board last month that people having assault rifles on the streets is "horrible" and said "we've got to end it now."

But in her statement Monday, she stopped short of calling for an outright ban on assault weapons, saying instead that she supported legislation that would get "military-style assault weapons out of the wrong hands."

That was softer than the response from the White House. In a press briefing hours after the shooting, White House press secretary Karine Jean-Pierre reiterated President Joe Biden's call for Congress to ban the sale of assault weapons, reminiscent of the one passed by Congress that expired in 2004.

"Every day that the Senate fails to send assault weapons ban to the president's desk or waits to take other commonsense actions is a day too late for our families and communities impacted by gun violence," Jean-Pierre said. 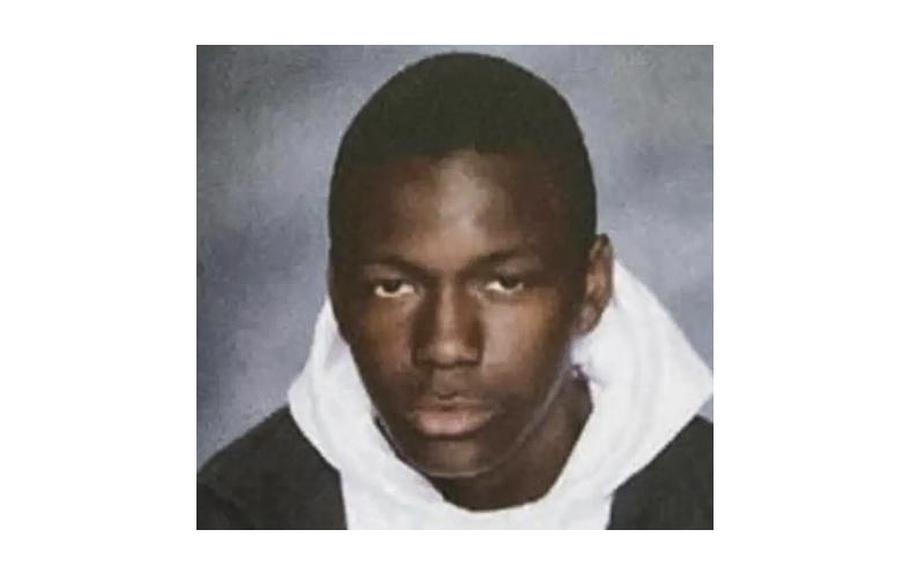 The shooter, Orlando Harris, a 19-year-old former student at Central and Visual Performing Arts High School, used an AR-15 style weapon and had more than 600 rounds of ammunition, according to Lt. Col. Michael Sack, the interim chief of the St. Louis Metropolitan Police Department.

About a month after a May school shooting in Uvalde, Texas left 19 children dead, a bipartisan group of senators built support for a bill they said would help address shootings. Instead of attempting to pass policies like universal background checks or restricting the sales of military-style weapons, the bill focused on making it more difficult for people younger than 21 to get a weapon and on providing funding for states that want to pass red flag laws or want federal support for mental health programs.

Sen. Roy Blunt, R-Missouri, who Busch Valentine is hoping to replace, was one of the key senators in getting the bill passed. He was a strong proponent of the mental health provision, which expanded a pilot program he helped create with Sen. Debbie Stabenow, D-Michigan, that funded mental health through certified community behavioral health clinics.

Both Democrats and gun control advocates say that while this year's legislation was the most significant legislation Congress has managed to pass on the issue in decades, it still doesn't go far enough to prevent gun violence.

"I think the fact that Congress passed a major gun safety law for the first time in almost three decades is a really positive sign of progress," said Adzi Vokhiwa, the federal director of the Giffords Law Center to Prevent Gun Violence. "There's certainly more to do and we intend to continue pushing Congress to continue acting."

In July, the House passed a bill that would ban the sale of high-capacity ammunition feeding devices, which allow a shooter to fire more bullets without having to reload their weapon. It does not have enough support to pass the Senate, as most Republicans have remained firm in their opposition to legislation limiting what type of gun Americans can purchase.

Missouri Attorney General Eric Schmitt, who is favored to win Missouri's U.S. Senate race, is among the Republicans who oppose gun restrictions. When senators were negotiating on a gun bill in June, Schmitt criticized its red flag law provisions, calling such laws a "green light for gun confiscation."

Schmitt's campaign did not respond to a request for comment about legislation regarding assault weapons. On Twitter, after the shooting, his campaign called the shooting a "senseless tragedy."

"Our hearts are with the students at the Central Visual and Performing Arts School and their families as they seek to heal from this senseless tragedy," Schmitt wrote. "And we commend the brave men and women of law enforcement for their quick and decisive action."

Missouri has some of the least restrictive gun laws in the country and is considered a constitutional carry state, where someone doesn't need a permit to carry a gun. Instead, conservatives often focus on "hardening" schools by providing more funding for schools to enhance their security measures.

Sack, the interim chief of the St. Louis Metropolitan Police Department, said the doors of the school were locked, that there were metal detectors and several security officers, though they were not armed. He said the shooter had his gun out in an aggressive, violent manner as he approached the school on Monday and that there was no mystery about what was going to happen.

But he said there isn't too much law enforcement officers can do in Missouri when someone is carrying a gun.

"The gun laws in Missouri are very broad," Sack said. "They can carry them openly down any street. And there's really nothing that we can do. If someone walks down a main street with a rifle, we've got no cause to go talk to them. That makes it very challenging in an urban environment."