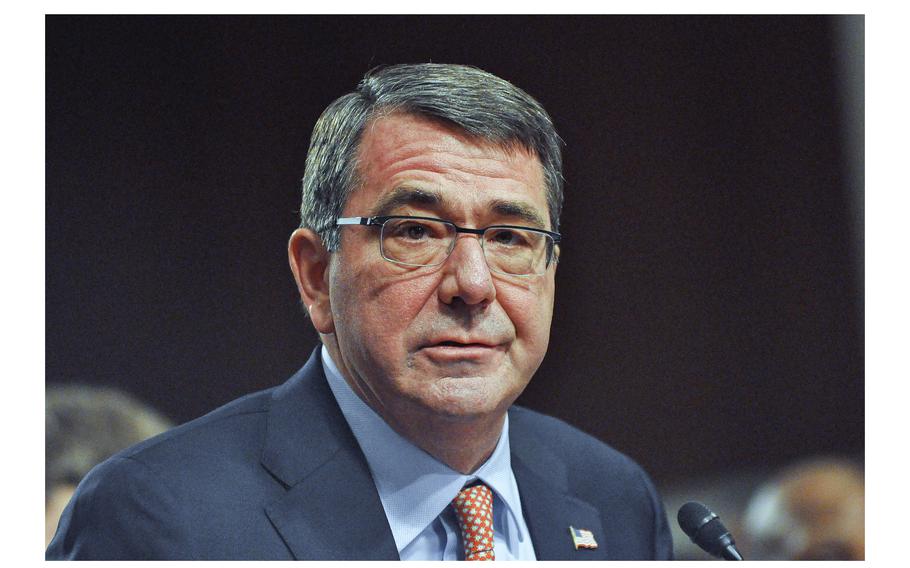 Then Defense Secretary nominee Ash Carter attends a nomination hearing before the Senate Armed Services Committee on Feb. 4, 2015, on Capitol Hill in Washington. Carter has died of a heart attack he suffered on Monday, Oct. 24, 2022. He was 68. (Carlos Bongioanni/Stars and Stripes)

WASHINGTON — Ash Carter, the 25th secretary of defense who led the U.S. military for the final two years of President Barack Obama’s administration and who was responsible for some of the armed forces’ most consequential social changes in recent history, died late Monday. He was 68.

Carter, who had been serving as director of Harvard University’s Belfer Center for Science and International Affairs, died of a sudden heart attack, according to Douglas Elmendorf, dean of Harvard’s John F. Kennedy School of Government.

“It is with deep and profound sorrow that I write to inform you that our colleague, teacher, and friend Ash Carter passed away [Monday] evening after suffering a heart attack,” Elmendorf said in a statement. “This loss is so sudden and so devastating.”

Carter was Obama’s fourth defense secretary and succeeded Chuck Hagel in February 2015. He served in the office until Obama’s final day in January 2017. During his time in the Defense Department, Carter favored increasing U.S. aid to Ukraine and opened all military roles to women, lifting the final barriers to female troops serving in every combat position.

“As president, I relied on Ash’s strategic counsel as we invested in innovation and a stronger, smarter, more humane and more effective military for the long term. Under his leadership, America accelerated its counterterrorism efforts, opened combat roles to women, modernized its weapons systems and strengthened our alliances around the world,” Obama said in a statement.

During his tenure as defense secretary, Carter ended the longtime ban on transgender troops serving openly. The ban was later reinstated by former President Donald Trump and again struck down by President Joe Biden.

Carter’s decisions were controversial, including within the Pentagon that he ran. The Marine Corps — and the Pentagon’s top officer, Marine Gen. Joseph Dunford, then the chairman of the Joint Chiefs of Staff — pushed back against his decision to open all combat roles to women in December 2015, urging him to continue the ban of female Marines from certain jobs, including the infantry and fire-support reconnaissance. But Carter — after some three years of Defense Department study on the issue — could not be dissuaded. He argued those who could meet the standards to serve in a military job, despite its inherent dangers or physical difficulties, should be afforded the opportunity to do so.

“The important factor in making my decision was to have access to every American who can add strength to the force,” Carter told reporters at the Pentagon, while announcing the historic decision on Dec. 3, 2015. “Now more than ever we cannot afford to have barriers limiting our access of talent.”

Some six months later, Carter made a similar argument in ending the longstanding ban on transgender persons serving openly in the military. Announcing the ban’s end on June 30, 2016, Carter said the Pentagon needed “100% access to America’s population” to ensure it could recruit and retain quality service members.

Before he became Obama’s Pentagon chief, Carter served in a variety of other defense roles in the department. He was an assistant secretary of defense under former President Bill Clinton in the 1990s and he was an undersecretary for technology and logistics for the first two years of Obama’s presidency.

Before Carter joined the Defense Department, he taught at Harvard for several years during the 1980s and was director of the Center for Science and International Affairs from 1990 to 1993 before he joined Clinton’s Cabinet.

At MIT, he wrote a research paper that concluded then-President Ronald Reagan’s proposed Strategic Defense Initiative – a controversial space-based defense system known colloquially as “Star Wars” – even if it were possible to build, would not protect the United States from a Russian nuclear attack.

During his time as defense secretary, Carter emphasized he felt that Iran was a significant threat to the West and cautioned China against island-building in the South China Sea. 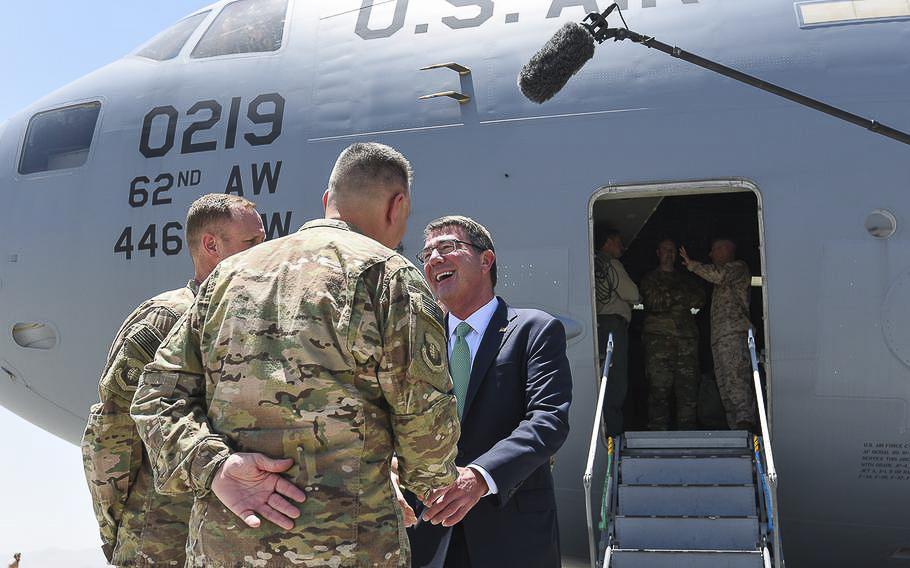 Carter spent his tenure overseeing the U.S. military’s efforts to battle Islamic State militants across Iraq and Syria, via a powerful U.S.-led bombing campaign and training and support of local ground forces by American and allied troops. He also oversaw U.S. war efforts in Afghanistan, where Obama elected toward the end of his presidency to keep thousands of troops despite his long-held pledge to end the presence of American troops there.

Carter traveled frequently as defense secretary to Iraq and Afghanistan to meet with troops fighting those wars.

He also was critical of Russian military maneuvers in Syria, where Moscow supported Syrian dictator Bashar Assad and his campaign against Syrian rebels seeking to remove him from power.

Carter rose to the top post at the Pentagon less than a year after Russia annexed Crimea from Ukraine. Moscow’s aggression led Carter to propose deploying U.S. ground missile systems to strategic locations in Europe – an attempt to counter Russia’s ability to make war in Ukraine.

“Ash Carter was a friend of many years, an esteemed colleague and a patriot who served this nation with distinction,” former national security adviser Condoleezza Rice wrote in a tweet. “His loss is a great one that will be felt by many.”

In late 2015, Carter briefly became the focus of a Pentagon controversy when it was discovered that he had used a personal and private email account when he conducted official business during his first few months as defense secretary, a violation of department rules. Carter later admitted he’d made a mistake.

After leaving the Pentagon, Carter wrote a memoir titled “Inside the Five-Sided Box: Lessons from a Lifetime of Leadership in the Pentagon” in 2019.

Carter is survived by his wife Stephanie and two children, Ava and Will.