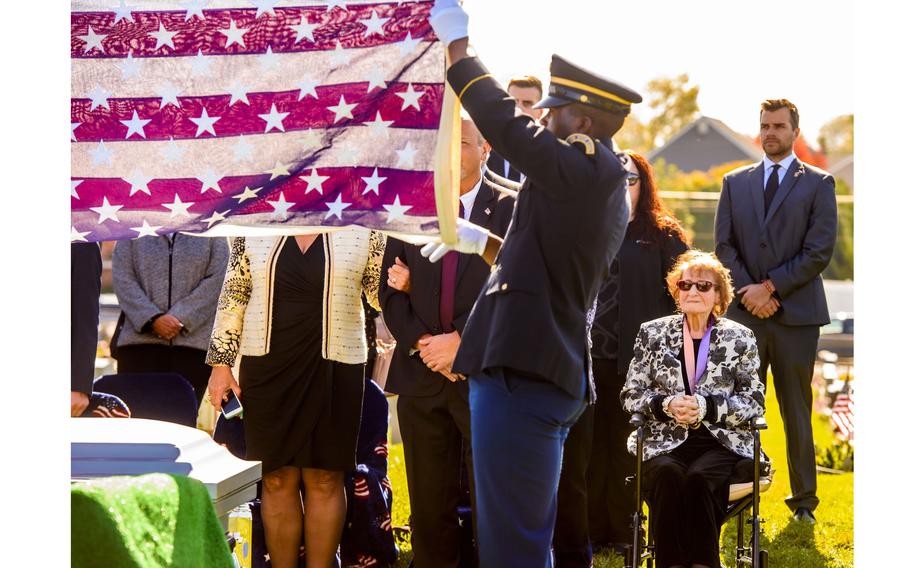 Rose Prickler and other family members attend the Saturday, Oct. 22, 2022, burial of her brother, Edward Reiter, in Northampton, Pa. Reiter was killed in action in the Korean War in 1950 but his remains went unrecovered for about a year and were not identified until earlier this year. (April Gamiz, The Morning Call/TNS)

Seven decades after he left his family in Northampton, Pa., and went to war in Korea, Edward Reiter was laid to rest in a grave that long has borne his name.

Reiter dropped out of Northampton Area High School during his junior year and with his father’s reluctant permission, enlisted in the Army.

Eight months later, he disappeared on a battlefield in the first weeks of the Korean War. He was 17.

It wasn’t until earlier this year that Reiter’s remains were identified. His short life was honored Saturday at a funeral Mass. He was buried with military honors and interred with his parents at Our Lady of Hungary Cemetery in Northampton.

“He’s never been forgotten,” the Rev. Patrick Lamb said during his eulogy at Queenship of Mary Catholic Church, just two lots down Newport Avenue from where Reiter lived.

About 20 family members attended the service, including Reiter’s sister, Rose Prickler, who held a memorial Mass for him at the church every year.

Prickler was presented with her brother’s Purple Heart by Capt. Jamie Washo, a National Guard support specialist. The consulate of the Republic of Korea in Philadelphia presented Prickler with the Ambassador for Peace Medal, an honor from the Korean government to U.S. service members who fought for that country’s freedom.

“I hope you will understand our total and profound appreciation,” consulate principal officer Daesup Chung told the family, which besides Prickler consisted of nieces and nephews and great-nieces and great-nephews. 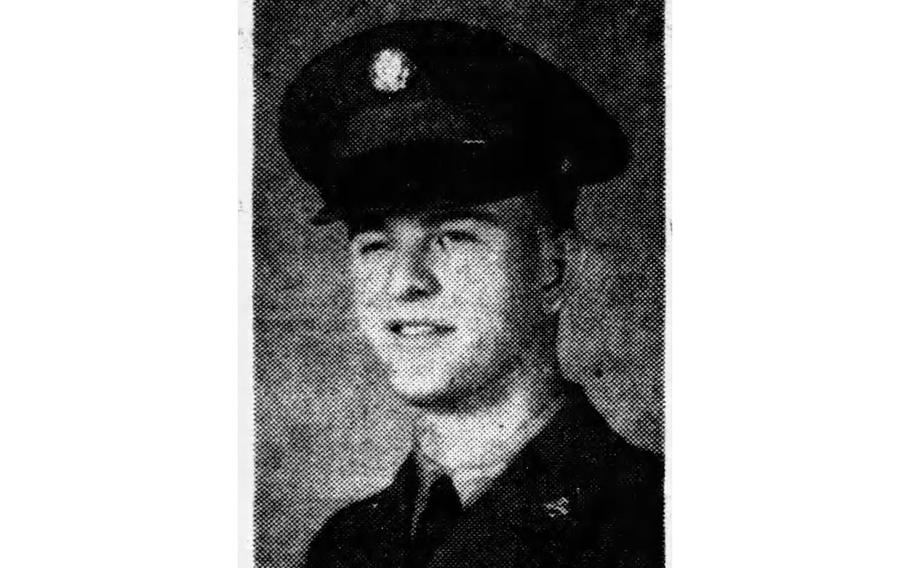 Reiter would have turned 90 last Saturday. Another sister, Helen Templeton, was unable to attend the service. The rest of his siblings have died.

“What an incredible journey brought us here today,” Lamb said during a well-crafted eulogy.

It’s a journey the family had long prayed would reach its conclusion.

Nephews Mark Prickler and Eddie Reiter — Reiter’s namesake — and Prickler’s wife, Crystal, spent shared memories that had been passed down and showed family photographs and the government report on how Reiter was identified.

Reiter went missing in action on July 7, 1950, when his unit was overrun.

His remains were found a little less than a year later, in May 1951. But they were unidentifiable. There were no dog tags or markings on his uniform.

So he was buried as an unknown in the United Nations Memorial Cemetery Tanggok in Korea. In 1956, his remains were moved, with all other unidentified dead of the Korean War, to the National Memorial Cemetery of the Pacific in Honolulu.

They were disinterred three years ago, along with the remains of 52 other unidentified soldiers who had been found in that part of Korea, for further investigation.

Reiter was identified in June, based on X-rays and DNA comparisons with relatives.

“This moment makes all of that work worth it,” Lamb said, recognizing the efforts of the military to bring Reiter home.

He wished that families of other missing soldiers would be encouraged by Reiter’s return and not give up hope that one day their loved ones would be found and “they can have their moment of mourning and closure as well.”

There unfortunately are many families in that position, with 7,525 U.S. military personnel remaining unaccounted for from the Korean War. Of those, 546 are from Pennsylvania.

Lamb noted how Reiter’s family — parents Frank and Theresa, brothers Joseph and Frank and sisters Julie, Theresa, Rose and Helen — had endured much grief after Reiter went missing. But they couldn’t do much mourning.

“To heal our grief we have to mourn,” Lamb said. “That’s a big part of what we are doing today.”

The Northampton community mourned with the family.

Members of Northampton VFW Post 4714 and Catholic War Veterans Post 454 attended the funeral. Ladder trucks from the North Catasauqua and Northampton fire departments raised a large flag at the entrance to the cemetery where the funeral procession entered.

An Army honor guard provided services at the cemetery, including a rifle salute and taps.

Gov. Tom Wolf ordered the U.S. and Pennsylvania flags to be flown at half-staff at public buildings on Saturday in Reiter’s honor. On Friday, Northampton County Executive Lamont McClure issued a proclamation recognizing Reiter for making the ultimate sacrifice.

“Eddie deserved it,” Lamb said. “He served his country well.”

That he did. Now he’s finally home.