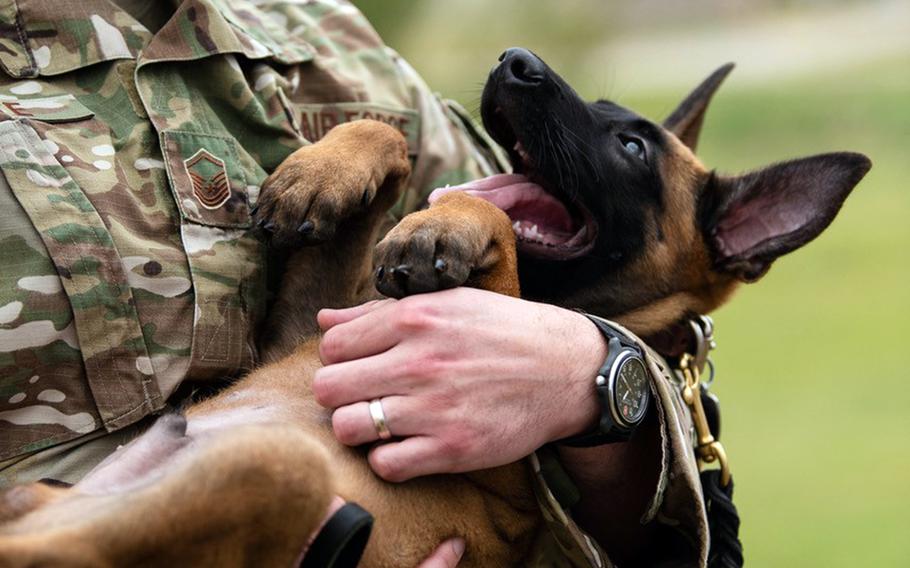 A tech startup in Texas is modifying software designed for combat medicine and putting it to work tracking the health and wellness of military K-9s.

Animal Cloud, of Fort Worth, Texas, aims to digitize health information for the estimated 1,600 working dogs in the Defense Department using the Battlefield Assisted Trauma Distributed Observation Kit, or BATDOK, that the company licensed from the Air Force Research Laboratory.

The Animal Cloud founders, Air Force veteran Dylan Jones and Marine Corps veteran Chris Matos, saw the potential for this technology to be applied to animals while attending an entrepreneur program together at Texas Christian University in 2020, Jones told Stars and Stripes during a video chat on Wednesday.

“There has been a lack of technology innovation that has been addressed by the market for the DOD and [Department of Homeland Security] for the working dogs as a whole,” said Jones, the company president. “We want to be the leaders in upgrading existing kennels to be smart kennels, to have the technology of [internet of things] devices to start to collect, analyze and report information on their operations and begin to automate that.”

The internet of things describes physical objects with sensors, processing ability, software and other technologies that connect and exchange data with other devices and systems over the internet or other communications networks. 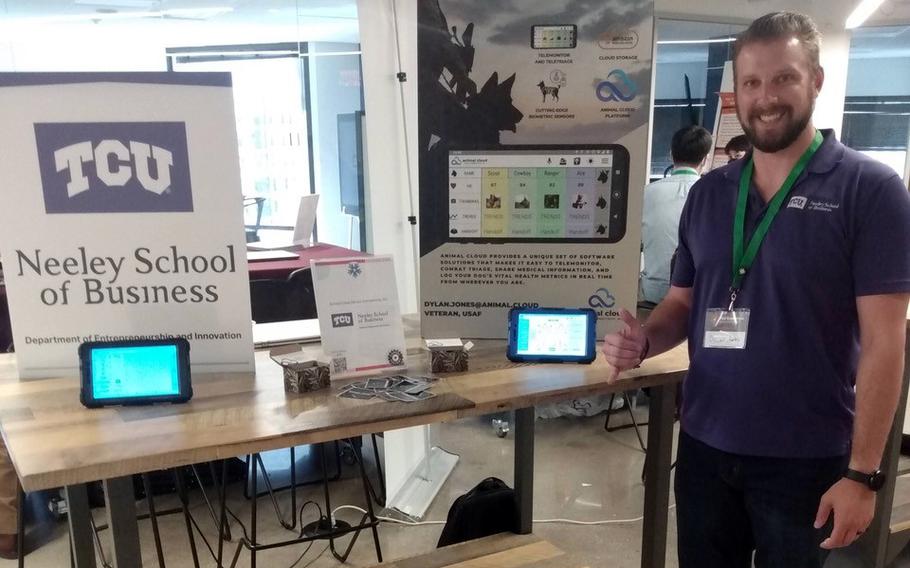 BATDOK assists combat medics in collecting real-time health information for multiple patients in austere environments and adding that data into their health records using a smartphone application, according to the Air Force medicine website.

The 341st Training Squadron, which oversees the K-9 program at Lackland, did not respond to a Stars and Stripes email requesting further information on Thursday.

The company is developing an application that collects all the information from wearable collar devices and digitizes, analyzes and interprets all the data automatically, Jones said. He estimates the application will cost about $50 per dog per month.

“The types of data points that are collected are [blood oxygen levels], heart rate, sleep patterns, activity levels, calories burned, GPS to see how far they walked,” Jones said. “Currently there aren’t any devices implemented in the Military Working Dog program, so all the data that’s being collected in the program is being done manually.”

Military K-9 handlers and trainers now are filling out several forms that track how the dog is performing, how much exercise it’s getting, what medications it receives, and how often it’s getting out of its kennel, according to Jones. The Animal Cloud application aims to simplify and automate those administrative tasks, he said.

“We are taking all of that and working to digitize all that information,” he said.

Jones envisions Animal Cloud, which is developing a similar product for civilian pet owners, growing and developing while they work to secure the next phase of their contract to build out the solutions into their software.

“I think there is a really exciting opportunity on the horizon in launching our pet technology,” he said.