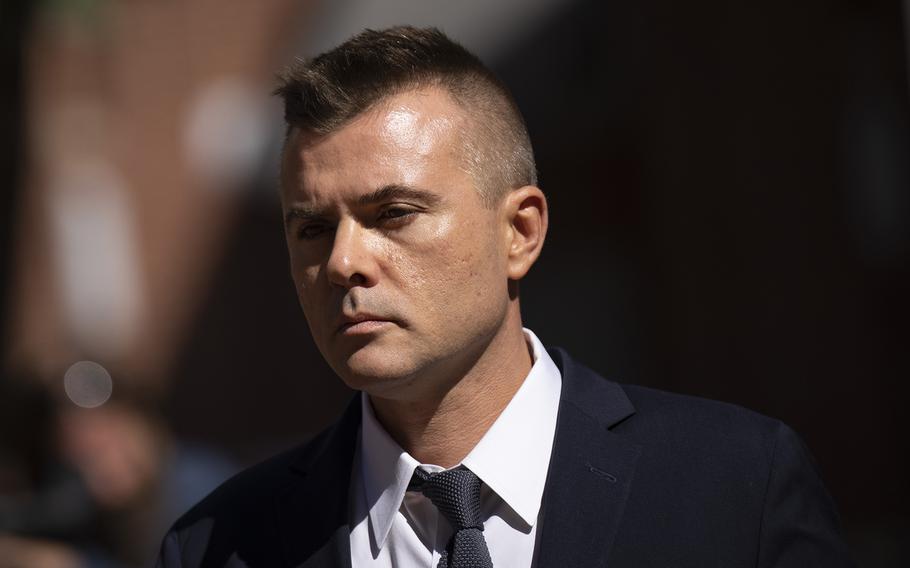 (Tribune News Service) — A business analyst who was the primary source for a 2016 dossier on Donald Trump's alleged ties to Russia was acquitted of charges he lied to the FBI, in a blow to the special prosecutor probing the agency's investigation.

Igor Danchenko, 44, was found not guilty Tuesday of lying about the suspected identity of a Russian source he said called him anonymously to report a "well developed conspiracy" between Trump's presidential campaign and the Kremlin — a tip that was never borne out.

It was the second loss in a row for Special Counsel John Durham, who was tapped under the Trump administration to probe the Federal Bureau of Investigation's inquiry and who personally prosecuted the case at trial. His first Trump-Russia trial — against a former lawyer for Hillary Clinton's campaign who was also accused of lying to the FBI while providing a tip — ended in acquittal as well.

Durham declined to comment on the Danchenko verdict as he left court.

The verdict could fuel Democratic criticism that the probe of the FBI's Russia inquiry is a politically motivated remnant of the Trump administration, and may deprive the former president of a valuable talking point as he weighs another White House run in 2024.

Even with the successive acquittals, though, the Durham trials have revealed details of the FBI's probe into Trump's campaign that supporters of the former president say show corruption at the agency — particularly claims that it conducted improper surveillance of Carter Page, a senior campaign adviser. Federal judges repeatedly signed off on secret warrants to intercept the emails and telephone calls of Page, a U.S. citizen.

In court on Tuesday, Danchenko and his wife showed no visible reaction as the verdict was read out. Outside the courthouse in Alexandria, Virginia, his lawyer Danny Onorato said his team "knew all along that Mr. Danchenko was innocent."

"We are happy now the American public knows that as well," he said.

The jury took more than eight hours to reach its verdict after a five-day trial.

Another Danchenko attorney, Stuart A. Sears, has called the prosecution "a case of extraordinary government overreach." He has accused the U.S. of charging his client over "ambiguous" statements to FBI agents in a series of 2017 interviews that didn't have any material impact on the direction of Durham's probe.

Danchenko said the tip came from an unknown caller in early July 2016. He told FBI agents he believed the caller was the former president of the Russian-American Chamber of Commerce, Sergei Millian. The government claimed Danchenko fabricated the call.

The government's case took a hit when U.S. District Judge Anthony Trenga threw out one of five counts after finding prosecutors hadn't presented a minimum amount of evidence to justify letting the jury decide.

The count related to the prosecution claim that Danchenko lied when he said he hadn't talked about his Trump-Russia research with a Democratic political operative named Charles Dolan, who had worked on many recent Democratic presidential campaigns. The U.S. said Dolan provided information to Danchenko that wound up in the dossier.

Danchenko argued he had answered the question truthfully because he'd emailed with Dolan rather than spoken directly with him. The judge agreed.

The release of the Steele dossier, named for the former British spy who wrote it, caused an uproar ahead of the 2016 election, which Trump won. Some of the dossier's elements did pan out, including its finding that Russia was systematically interfering in the election and wanted Trump to beat Clinton.

Danchenko was a paid confidential source for the FBI from 2017 to 2020, making more than $200,000 for his assistance in a wide range of investigations.

One FBI agent testified at the trial that Steele had turned down an offer of $1 million if he could provide proof of the most explosive parts of the dossier. He declined in order to protect Danchenko's identity, the agent told the court.