When military members are deployed, this nonprofit ensures their pet has a home 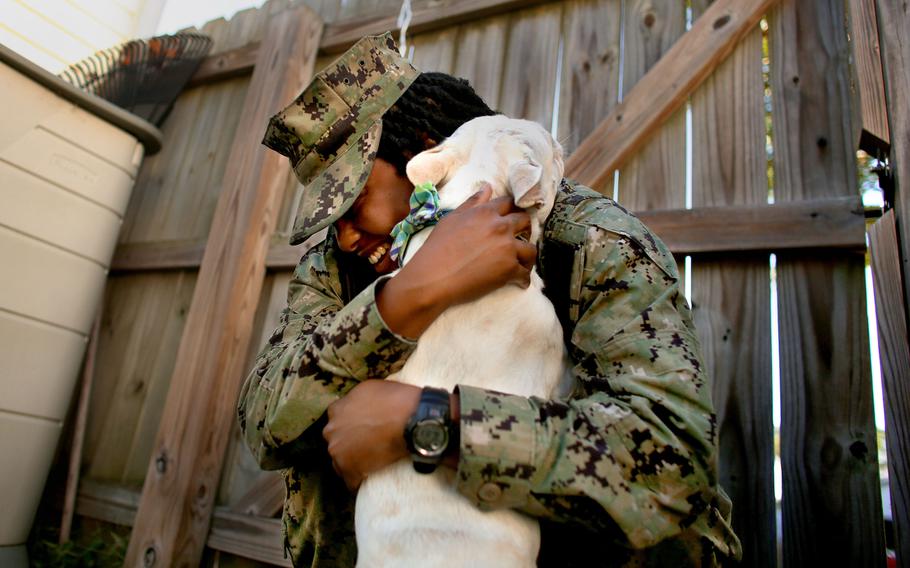 After being apart for over a year, Petty Officer 2nd Class Myesha Harris, who was deployed on the USS Harry S. Truman, and her French Bulldog Nipsey are reunited Oct. 14, 2022. (Stephen M. Katz, The Virginian-Pilot/TNS)

When she returned to pick him up last Saturday from a foster home, the stocky pup with blond-colored fur ran to Harris, stood on his back legs and snuggled against her neck as she bent down to greet him.

The 2½-year-old pup gained a few pounds since she last saw him in person, but he was in good hands while she was away. Harris found the foster home for Nipsey through a nonprofit organization named Guardian Angels for Soldier’s Pet that connects active-duty service members, wounded warriors and veterans with temporary homes for their pets.

Harris, a California native, doesn’t have family in Hampton Roads to rely on, so she inquired about options for boarding her dog while deployed through the Navy’s Fleet and Family Support Center.

Guardian Angels, based in Texas, encourages service members and veterans not to give their animals away when deployed by providing an affordable long-term care option, said Marge Janiak, spokeswoman for the foster program. 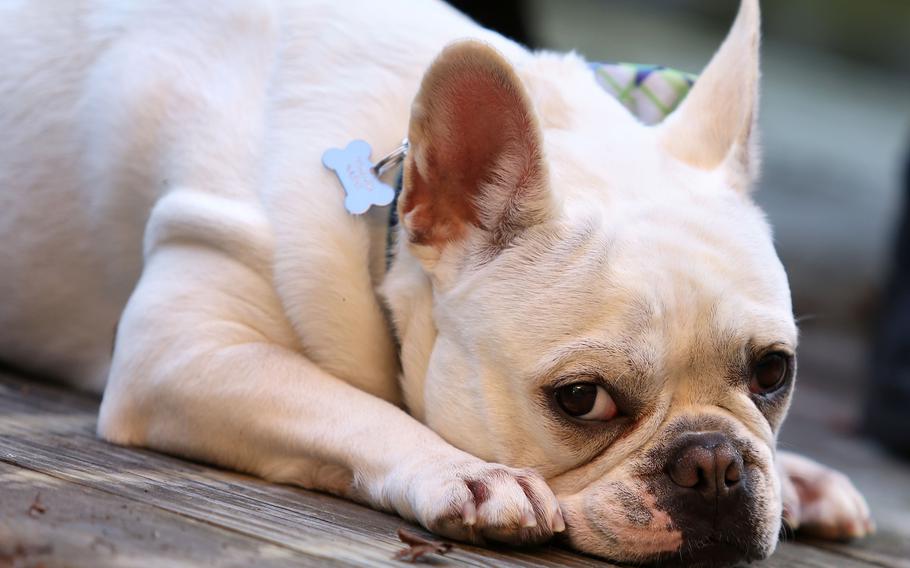 “It’s a blessing for people like me that love their pets but also want someone to take care of them like they would,” said Harris, who works in the carrier’s helicopter squadron.

The foster organization has about 10 to 15 pets being cared for across the country at any given time. Another dog is currently in a foster home in Williamsburg, Janiak said.

A team of coordinators screen pet owners and potential fosters before matching them up. Harris brought Nipsey to meet Deb Coon, a Virginia Beach resident and one of the organization’s approved pet foster parents, before deciding to leave him with her last September.

“She liked him, so I liked her, too,” Harris said.

The pet owner is usually responsible for all pet care-related expenses including food and vet visits. The foster contract is for the length of deployment, which can fluctuate.

The USS Harry S. Truman deployed in December and was scheduled to return in May. Its time at sea was extended due to the ongoing war between Russia and Ukraine. Harris and around 5,000 other sailors finally returned to Norfolk on Sept. 12 after nine months. Nipsey stayed with Coon, a former dog handler in the Navy, while Harris prepared for the ship’s departure, during her deployment and until she was settled back into her apartment in Chesapeake, a month after returning.

“They work with you if you need to be out longer,” Harris said. “I appreciated that.”

Coon, 58, has a soft spot for dogs. She learned at an early age the importance of caring for them. Her mother worked as a veterinarian technician and then owned a pet-sitting business in her hometown in Ohio.

Coon served in the Navy for 24 years and is now working for a contractor. She owns a standard poodle named Clancy and has fostered more than a handful of pups through various volunteer programs.

Her experience with Nipsey was a success, she said. He made fast friends with Coon’s dog and had an easygoing demeanor.

Sitting in her backyard with Harris and Nipsey last Saturday afternoon, Coon started to tear up talking about her last days with the pooch. 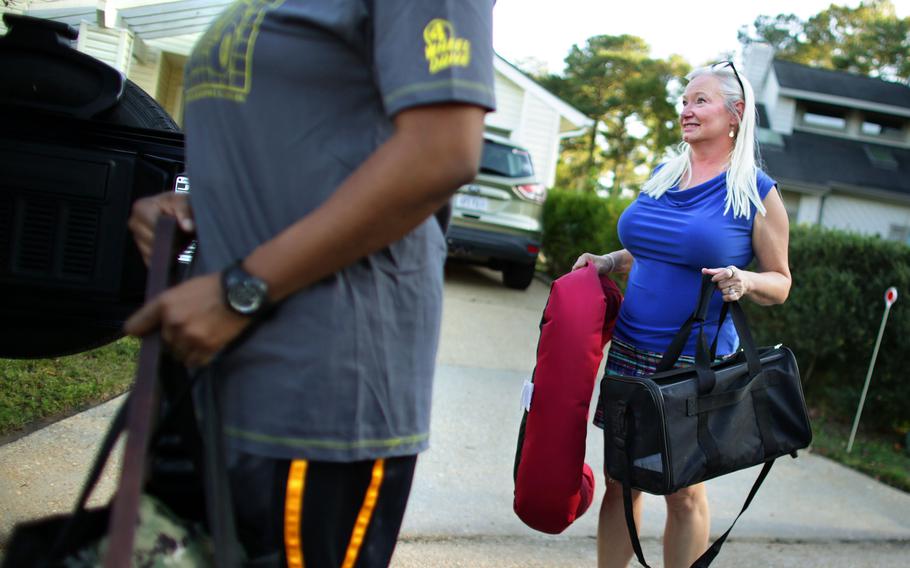 Deb Coon, who fostered Nipsey while Myesha Harris was on her fourth deployment, helps pack up the dog's belongings on Oct. 14, 2022. (Stephen M. Katz, The Virginian-Pilot/TNS)