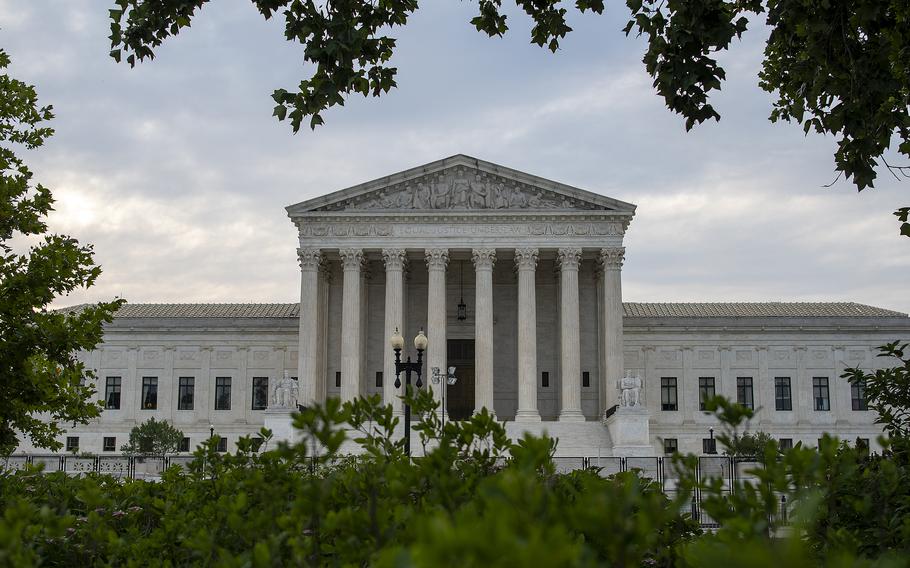 There were no noted dissents to the court's unsigned, one-sentence order. It amounted to a quick and sharp rejection of an emergency request by the former president to intervene in the high-profile document review, which is part of an ongoing criminal investigation of the potential mishandling of classified material after Trump left the White House.

The review is being done by special master Raymond J. Dearie, a federal judge in Brooklyn who was recommended for the job by Trump's legal team. Trump's lawyers asked for a review of all of the approximately 11,000 documents seized by the FBI to see whether any should be shielded from investigators because of attorney-client or executive privilege.

The U.S. Court of Appeals for the 11th Circuit put on hold Cannon's order that 103 of the seized documents that bore classified markings should be part of Dearie's review. It also reversed Cannon's finding that the Justice Department could not continue its use of the classified documents in a criminal probe.

The Trump team did not try to persuade the Supreme Court to withhold the documents from Justice Department investigators, which is considered the more important part of the appeals court's order. But it did challenge the 11th Circuit's order that Dearie should not examine the classified documents.

Such a review might have required showing the classified files to Trump's legal team so they could have made claims about privilege. The government has said some of the seized documents are extremely sensitive, and The Washington Post has reported that authorities recovered one document that described a foreign government's military defenses, including its nuclear capabilities.

The Trump team's request said, in effect, that key parts of Cannon's order were not properly before the 11th Circuit. The Justice Department's response was that all provisions of Cannon's involvement in the case were entangled and that the appeals court's action was warranted.

The Justice Department said allowing an outside arbiter to review the classified documents would "irreparably injure" the government and argued that Trump had offered no evidence he would be harmed without the Supreme Court's intervention. As a former president, the government said, Trump has no "plausible" claims of ownership over sensitive government materials.

The legal fight over Cannon's intervention in the case is not over. The Justice Department has said it intends to ask the 11th Circuit to overrule Cannon's entire decision to appoint a special master; it has until Friday to file that appeal.

Trump's lawyers will have until Nov. 10 to respond to the Justice Department's appeal, according to an 11th Circuit order. The government said in a filing to the Supreme Court this week that Cannon "fundamentally erred" in appointing a special master.

The Supreme Court's quick work in rejecting Trump's request that it intervene in the case signals there was little interest in getting involved at this time. The court issued its order without waiting for Trump's lawyers to reply to the Justice Department's response, as is customary.

Trump's request was modest in any case, legal experts said. "It can be trumpeted as what Trump took to the Supreme Court, but what he took to the Supreme Court was a very narrow argument," Sean M. Marotta, a Washington appellate lawyer, said before the justices announced their rejection of the petition. "It's not an earthshaking aspect of the investigation."

The high court's rejection of Trump's request continues a string of unfavorable rulings for the former president. Trump chose a third of the Supreme Court's nine justices, a body that has moved to the right on issues dear to conservatives, such as abortion, gun rights and religion. But the court has been a disappointment to Trump on issues that pertain to him personally.

The justices turned aside multiple challenges to the 2020 election results brought by Trump and his allies. And post-presidency, the court turned down his request to keep certain White House documents from the congressional committee investigating the Jan. 6, 2021, riot at the U.S. Capitol. In that case, only Justice Clarence Thomas indicated he would support Trump's plea.