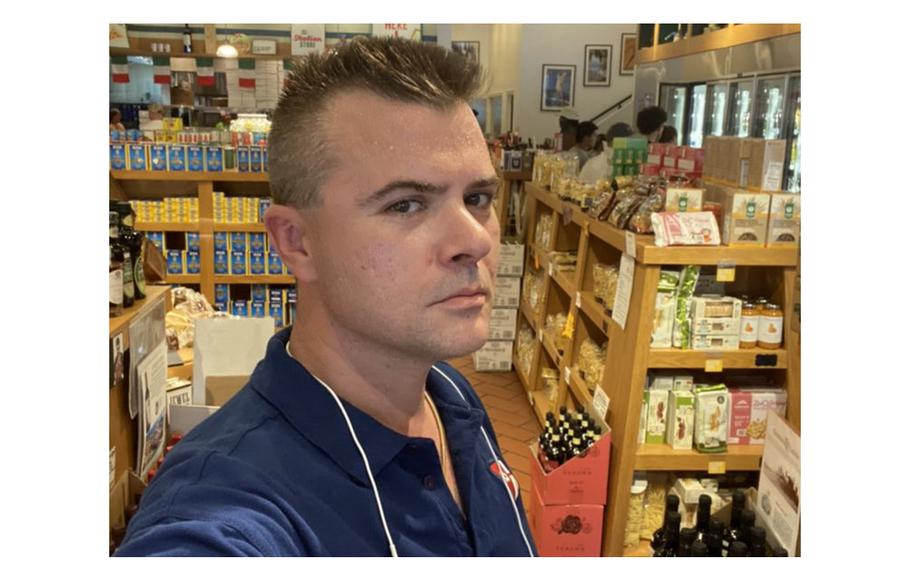 One of former President Donald Trump's lasting grievances from the Russia investigation – that the FBI improperly surveilled an adviser to his 2016 campaign – took center stage on the first day of the politically charged criminal trial of Russian analyst Igor Danchenko.

Federal judges repeatedly signed off on secretive warrants under the Foreign Intelligence Surveillance Act to intercept the emails and telephone calls of Carter Page, a U.S. citizen, in part because of an explosive tip that had purportedly been unearthed by Danchenko, Special Counsel John Durham of the U.S. Justice Department told a jury Tuesday in Alexandria, Virginia.

The tip – that an "extensive conspiracy" was underway in 2016 between the Trump campaign and the Kremlin – wound up in the FBI's four FISA warrant applications for Page in 2016 and 2017. Danchenko is charged with lying to the FBI about his source for the information, which has never been backed up.

"Those lies mattered," Durham, who must prove that the allegedly false statements had a material impact on the FBI, said in his opening statement.

Page was never charged with anything and no such conspiracy was ever found, even after an extensive investigation by Special Counsel Robert Mueller that turned up plenty of unusual contacts between Trump's campaign and Russians.

"This case is about protecting the function and integrity of our government institutions," said Durham, who was chosen during the Trump administration to investigate the Trump-Russia inquiry.

Danchenko, a Virginia-based researcher, was the primary source for the so-called Steele dossier about Trump and Russia that caused an uproar before the 2016 election. After Trump won, the FBI investigated the Steele dossier in depth and interviewed Danchenko numerous times in early 2017.

Danchenko's lawyer, Danny Onorato, told the jury in his opening statement that everything his client is accused of lying about was actually true. Onorato made the claim regarding Danchenko's statements about his sources – not the underlying tips. Danchenko isn't charged with lying about the information itself. He blamed the disputed statements to the FBI on poorly worded questions.

The trial will focus on Danchenko's responses to FBI questions about two of his purported sources, the former president of the Russian-American Chamber of Commerce, Sergei Millian, and Charles Dolan, a public-relations executive who had ties to both Hillary and Bill Clinton's campaigns. The government alleges Danchenko falsely said he believed he'd received information from Millian over the phone, and that he lied by saying he didn't talk about the dossier findings in depth with Dolan.

Dolan, who is based in Virginia, is expected to be a witness at the trial. Prosecutors argue that Dolan was a source of much of Danchenko's information, which the Russian analyst allegedly attributed to others to appear more credible.

The Justice Department said in a 2019 report on the FISA applications that one of the Steele dossier reports claimed there was "a well-developed conspiracy of co-operation" between the Trump campaign and Russian leadership, and that Trump's campaign manager, Paul Manafort, used Page and others as "intermediaries" to further the alleged conspiracy. That helped establish the necessary probable cause to get the rare FISA warrant, Durham said.

Page, however, was on the agency's radar even before the Steele dossier was sent to the agency. The FBI determined early on that Page, a foreign policy adviser to the campaign who had ties to various Russian entities, "may wittingly or unwittingly be involved in activity on behalf of the Russian Federation which may constitute a federal crime or threat to the national security," according to the Justice Department report.

Another key finding from the Steele dossier that wound up in the Page FISA application was the claim that he had agreed "to sideline Russian intervention in Ukraine as a campaign issue in exchange for Russia's disclosure of hacked DNC emails to Wikileaks," according to the report.

But those preliminary findings never held up.

"The Crossfire Hurricane team was unable to corroborate any of the specific substantive allegations regarding Carter Page contained in Steele's election reporting which the FBI relied on in the FISA applications," the department said.

The Justice Department did say that several FBI witnesses said that the broad themes of the Steele dossier were consistent with what the FBI and other U.S. intelligence agencies were hearing at the time, including that Russia was trying to undermine American faith in its elections, that Russia sponsored the hack of Clinton campaign emails and that the Russian government "was working to support Trump's election as President."