The next US battle tank could use AI to identify targets 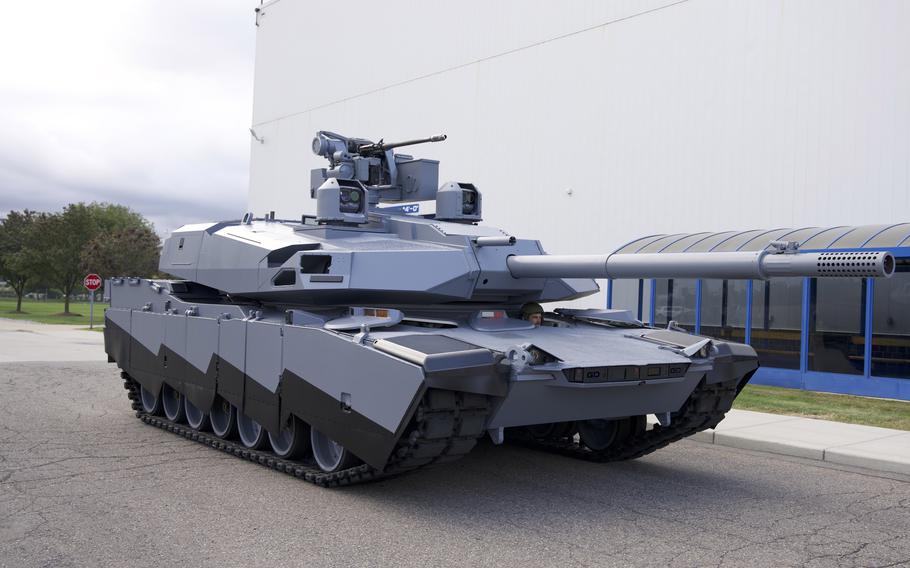 Over the weekend, in a 55-second YouTube video with dramatic music, the world got a glimpse at a new killing machine that’s more fuel-efficient, quieter and sleek.

General Dynamics, the defense contracting juggernaut, showed off a prototype of its next-generation military tank, the AbramsX. It’s the biggest upgrade of America’s military tank technology since early in the Cold War, former military officials said, which presents both critical design advances and worries about unnecessary military spending.

The AbramsX comes loaded with features typical of modern military weapons. Powered by a hybrid electric diesel engine, it’s lighter and far more fuel-efficient than current gas-guzzling Abrams tanks. It can also operate with a smaller crew and has artificial intelligence systems to spot enemies, its creators said.

But the design faces an uphill climb in the halls of the Pentagon, military experts said. Russia’s war in Ukraine has shown the promise and peril of tank technology in a modern battlefield. Military strategists worry how useful tanks might be in a potential war against China, the U.S. military’s chief rival. Outfitting lethal machines with artificial intelligence also concerns military skeptics.

“It’s going to be hard for the tank community to get resources to do a major upgrade,” said Mark Cancian, a retired Marine colonel and senior adviser at the Center for Strategic and International Studies, a national security think tank.

Shortly after the Vietnam War, the Defense Department commissioned Abrams tanks into service, looking to match Soviet firepower and technology. The M1 Abrams tank has served as a primary battle tank for the U.S. Army and, until recently, the Marine Corps.

The Abrams tank has gone through various changes in the past century, but it has been plagued with several issues: It’s costly and gas-guzzling, and it isn’t as nimble on the battlefield as lightweight armored vehicles, such as the Bradley Fighting Vehicle, military experts said.

For the past few years, General Dynamics has been trying to solve those problems, said Tim Reese, the company’s director of U.S. business development. General Dynamics did not disclose a price tag for the AbramsX, which is still in the preliminary stages.

Reese said the tank weighs roughly 10 tons less than current models in service. Its hybrid electric diesel engine would be 50 percent more fuel-efficient than the Abrams tanks the military uses now, which require more than a gallon of gas per mile traveled, Reese said.

The design would also be slightly different. Instead of soldiers sitting in the turret at the top of the tank, they would be in the hull. Creators said the tank could operate with a three-person team, one fewer than usual. The AbramsX has enhanced armor to protect it against bombs dropped by drones.

The tank’s software is another major upgrade. An artificial intelligence system on board could be used to spot dangers in the distance. Reese envisioned a scenario where the software could alert soldiers that an enemy tank is a few miles away and it has roughly 90 percent confidence it’s a threat. The tank can also communicate with unmanned aerial vehicles, which could scout dangers ahead.

In fighting situations, Reese noted, the tank’s artificial intelligence could prioritize a target list when multiple enemies are present. But it could not kill anyone automatically. “In the end, a human operator — the commander of the vehicle — makes a decision whether to engage and with what got it,” he said.

Cancian said the AbramsX is a big leap forward for the military’s tank program but noted that it will face challenges getting approval from top Pentagon brass, who are debating how useful tanks will be in America’s future.

The war in Ukraine has provided some lessons, he said. In the conflict’s early days, he said the Ukrainians defeated Russian tanks with ease, a sign that the machine might not be very useful anymore. But as the war has progressed, officials from Kyiv have said tanks would be helpful and keep asking Western officials for them.

On the other hand, the United States’ main strategic rival is China, and a battle with Beijing would be largely fought with naval and air power, Cancian said, rather than tanks. “A lot of people look at this [tank] and say, ‘You know, this is not going to help us at all with China,’ “ he said.

Bill Hartung, an arms expert at the Quincy Institute for Responsible Statecraft, said it’s too early to tell if the AbramsX tank will be a technological marvel.

As the military has seen with other high-tech machines like the F-35 fighter jet, he said, complex weapons systems can be a mixed blessing: They’re harder to maintain, subject to technical breakdowns and costlier than expected. “The Army should proceed with caution,” he said.

Hartung also noted that outfitting tanks with artificial intelligence comes with risks. (Experts have noted that poor data could lead to poor decisions in battle.) Hartung said it’s too early to tell how these capabilities will fare in war, but he’s not hopeful.

“They’re making it sound like it’s going to be this miracle weapon,” Hartung said. “But that’s so rarely the case.”