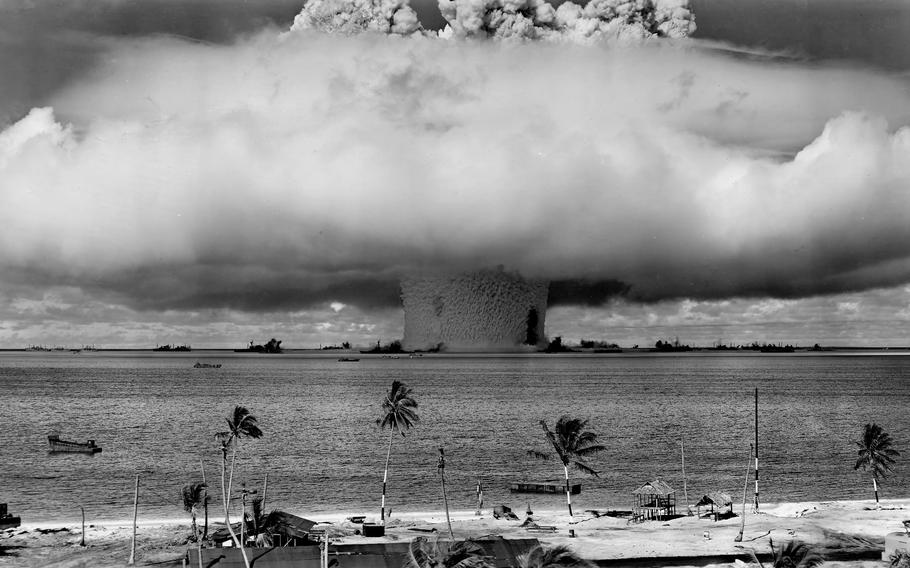 The properties range from Camp David in Maryland and a Nike missile facility in San Francisco to the Bikini Atoll Nuclear Test Site in the Marshall Islands in the Pacific and a B-29 bomber that rests under water in Nevada.

The study, titled Protecting America: Cold War Defensive Sites, was made in partnership with the National Conference of State Historic Preservation Officers and the Cold War Advisory Committee, the Park Service said in a news release Friday.

Historians still debate the exact starting date of the Cold War, a political and ideological conflict between the United States and the Soviet Union that commenced soon after the end of World War II in 1945.

Both sides maintained vast nuclear arsenals, and the threat of global obliteration was a constant during the Cold War decades.

While the two superpowers did not ever engage directly in a hot war, the conflict played out in many ways in all corners of the world.

“Puppet states, proxy wars, espionage and counterespionage, overt and covert operations, subtle intimidation and raw violence, threats and bluster, public pronouncements and secret treaties, alliances and betrayals, paranoia and credulity, lies mixed with truth, smoke and mirrors – each side toyed with reality and illusion to gain advantage,” the study states.

“As a former Cold War Veteran, I understand this study meets an urgent need to identify Cold War properties that are rapidly disappearing,” Chuck Sams, director of the National Park Service, said in the release. 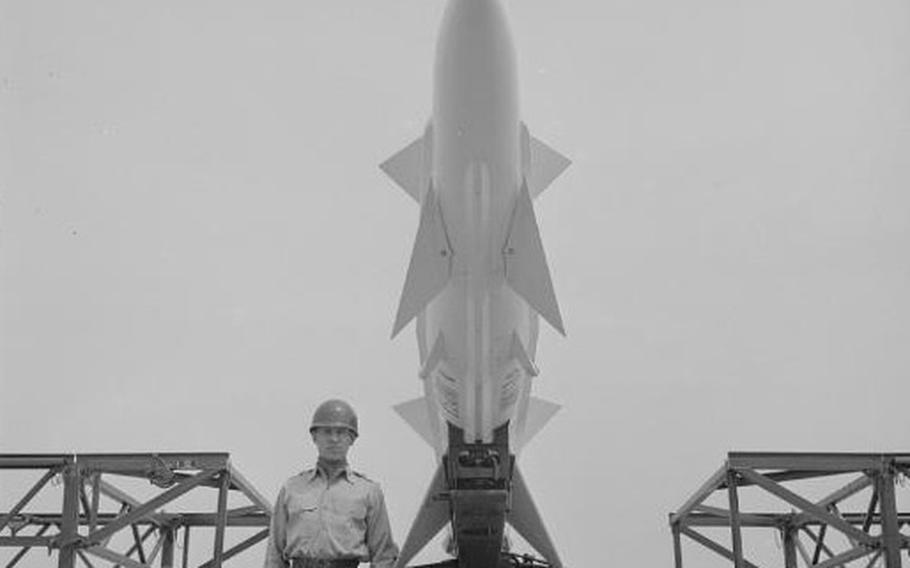 A soldier stands at attention in front of a Nike missile in May 1955. (Library of Congress)

“This study provides a framework for scholars, researchers, and educators to share a deeper history through the power of place,” he said.

In general, properties must be at least 50 years old or “exceptionally important” to be considered eligible for listing in the National Register of Historic Places or designation as a National Historic Landmark, the release said.

Most properties associated with the Cold War are not that old, and “many have been demolished as sites have been deactivated or have been so altered as to be lacking in sufficient integrity for designation or listing,” the study states.

The 24 properties highlighted in the study, while “nationally significant” regarding the Cold War, require further analysis as to whether they meet the requirements of a National Historic Landmark designation, the study states.

Among them is a B-29 heavy bomber that crashed into Lake Mead, Nev., in 1948 while testing an experimental guidance system for an intercontinental ballistic missile guidance system. The submerged wreckage was listed on the National Register of Historic Places in 2011, and a study of its eligibility as landmark is underway.

The Bikini Atoll Nuclear Test Site in the Marshall Islands was the site of numerous nuclear detonation tests from 1946 to 1959, including the first hydrogen bomb. It became a World Heritage Site in 2010.

A number of missile launch facilities are listed. Three are associated with the Atlas, the first generation of ICBM missiles, at Vandenberg Air Force Base, Calif., and sites in Wyoming and Colorado.

Hundreds of Nike missile facilities were built in the United States during the Cold War, but most have been demolished or vastly reconfigured, the study states.

The attic of Pierce-Mill barn, in Rock Creek Park, Washington, D.C., was used by FBI agents for electronic surveillance of nearby embassies of Soviet Bloc states.

A link to the study and full list is at www.nps.gov/articles/000/cold-war-theme-study.htm.