(Tribune News Service) — A Civil War reenactor planted a pipe bomb at a battlefield during a reenactment event and mailed a series of letters threatening violence after he was kicked out of his acting unit in Virginia, federal prosecutors say.

The letters appeared to be written by a member of the left-wing Antifa political movement, containing printed symbols associated with the group, and threatened mass violence against attendees of Civil War events at the Cedar Creek Battlefield in Middletown, Va., and in Gettysburg, Pa., according to the Justice Department.

After a years-long investigation, charges were filed against Gerald Leonard Drake, 63, of Virginia, who used to participate in the annual reenactment at Cedar Creek Battlefield as an actor, a news release said. He is accused of trying to “sow political discontent and mayhem.”

Drake was arrested on Oct. 6 and faces 15 charges, including mailing threatening communications, malicious use of explosives, stalking and more, according to the U.S. Attorney’s Office for the Western District of Virginia.

He is scheduled to appear in court for an arraignment on Oct. 7, when his legal representation is expected to be finalized, Brian McGinn, a spokesman for the attorney’s office, told McClatchy News in a statement.

“This indictment and arrest mark the culmination of a nearly five-year investigation into the perpetrator of the attempted bombing,” U.S. Attorney Christopher R. Kavanaugh said in the release. “Over that time, career federal prosecutors and federal agents steadfastly investigated and uncovered the identity of the individual who sought to terrorize innocent civilians.”

The first letter and the pipe bomb

On Oct. 14, 2017, an unexploded pipe bomb — containing “metal nuts, a mercury switch, a battery, ball bearings, black and red wires, powder” and more — was discovered in a tent during the 153rd anniversary and reenactment of the Battle of Cedar Creek, according to the release.

Virginia State Police “later rendered” the device safe, prosecutors say. As a result, the event was shut down for the year and attendees were evacuated.

The Cedar Creek Battlefield Foundation hosts an annual reenactment event of the Oct. 19, 1864, Battle of Cedar Creek when the Union Army defeated the Confederate Army.

Drake previously belonged to an acting unit participating in the battlefield’s reenactment before he was removed after an unspecified “internal conflict” in 2014, court documents state.

Since 2014, Drake had not participated as a re-enactor, but he volunteered with the battlefield foundation in 2017 and 2018, according to an indictment.

Several weeks before the bomb discovery at the October 2017 reenactment, the battlefield foundation received a mailed letter addressed to “Cedar Creek Battlefield people,” with Antifa emblems, including black and red flags inside a circle, with a threatening message, the release says.

The letter stated, in part, that the reenactment needed to be canceled, as it “clearly celebrates the war to keep African-Americans in chains,” or several hundred purported Antifa supporters “will come, and disrupt, and cause problems for all those who attend,” according to the indictment.

This letter was sent about a month after individuals referred to as Antifa clashed with white supremacist supporters at the Aug. 12, 2017, “Unite the Right” rally in Charlottesville, Virginia, the indictment notes. The rally protested the removal of a statue of Robert E. Lee, a Confederate general.

Despite the letter, which investigators later learned was mailed by Drake, the battlefield reenactment took place with heightened security until the discovery of the pipe bomb, according to the indictment.

Afterward, while Drake was still volunteering with the battlefield foundation, he “continued writing letters purporting to be sent by Antifa, including letters to the CCBF, its board members, an individual associated with Civil War reenactments, and news publications,” the release says.

“Do not allow confederate flags, or confederate men and women in the parade, if you do we will disrupt the whole weekend. … We have a new person to make our bombs for us since the Cedar Creek one was a dud,” the letter stated in part, according to the indictment. “We will also run over people … and just might have a shooter on a rooftop or in a hotel window along the parade route.”

However, no violence occurred at the Gettysburg parade, and the event went on without interruption.

In June 2018, The Winchester Star newspaper reported security would be increased at the year’s Cedar Creek Battlefield reenactment after the pipe bomb was planted in 2017, according to the indictment.

Days later, the battlefield foundation and the Star received the same mailed letter with Antifa symbols, warning organizers to cancel the event, the release says.

“We didn’t go to the Gettysburg parade, too much law enforcement, we have saved all our Suspicious Packages for your event, unless you cancel. … Call off this event or you will regret it!,” the letter stated in part, according to the indictment.

Due to the threats, the 2018 battlefield reenactment was subsequently canceled, and the battlefield foundation’s president resigned, prosecutors say.

Afterward, Drake is accused of mailing more threats to other individuals but no violence took place, according to the indictment.

“In the aftermath of the riots in Charlottesville, and at a time when people sought to heal, (Drake) instead sought to sow political discontent and mayhem,” Kavanaugh said in his statement. 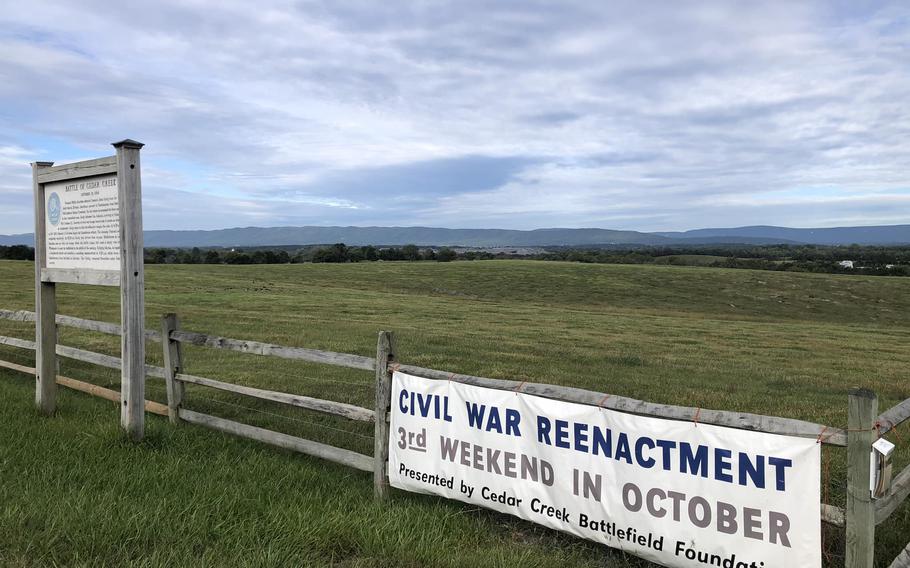