(Tribune News Service) — September marked the one-year anniversary of a defense agreement between Australia, the U.S. and the U.K. that could bolster the shipbuilding industry in Groton, Conn.

Two weeks ago, "We had a delegation over here from Australia that we were meeting with, and the first question from their side to our side was directed at me: 'So, how's Groton?'" Rep. Joe Courtney said.

The Australia-United Kingdom-United States trilateral security agreement, announced in September of 2021, seeks to build a nuclear-powered submarine program in Australia, and is meant to foster cooperation among the nations on other areas of defense, such as artificial intelligence, other undersea technologies like drones, and cyber.

"There has been a lot of chatter about the fact that Groton is going to be the hub for how this thing is executed," Courtney said. "We have to wait until March until we realize the real plan. There's no question that the expertise and experience of southern New England in this area is the best in the world."

Courtney added that the first submarine contract related to this security agreement likely won't be the last.

When the agreement was first mapped out more than a year ago, the three nations were to come up with a construction plan for Australian submarines in an 18-month period. The countries have been holding classified meetings on the matter.

"They have less than 30 million people that live in the country, and no industrial base for nuclear power, whether civilian or military use," Courtney said of Australia.

Courtney described AUKUS as "a security agreement in which submarines are the centerpiece, but it's not limited just to one enterprise."

Aside from the other technology-sharing the countries are doing and plan to do, "All three countries have made it clear that outside of the submarine project they are going to be including other allies in the region — New Zealand, Japan, the Phillipines — this is viewed as an Indo-Pacific security agreement, which is extremely welcome for embassies from that part of the world because they are very nervous about China's aggressive behavior, especially when it comes to Taiwan," Courtney said.

The geopolitical implications of the agreement are not yet entirely clear, though experts say it came about as a direct result of China's growing power. As Politico wrote when the agreement was first announced: "A new class of nuclear-powered submarines would give Washington and its allies in the Pacific a powerful new tool to attempt to contain Chinese military expansion."

Courtney pushed back on claims that other countries will take exception to not being included in the agreement.

"That's not been my experience. Most of the embassies we've visited thought it was a terrific thing," Courtney said of AUKUS.

Courtney is part of a bipartisan legislative working group — the “AUKUS Caucus” — that “serves to highlight Congressional interest and to advance bipartisan legislation that furthers the security interests of the three likeminded nations,” according to Courtney’s office.

The House's 2023 National Defense Authorization Act contains provisions written by AUKUS working group leadership, including Courtney, to establish a submarine training pipeline for Royal Australian Navy submarine officers, and to add the U.K. and Australia as a "domestic source" under the Defense Production Act.

The latter measure would "help support a robust defense industrial base and cooperation with our closest allies, and will expand access to critical resources and rare earth minerals to accelerate defense innovation enterprises between the U.S., Australia, and the U.K.," Courtney's office wrote in a statement.

In the 2022 NDAA, Courtney included provisions to take on work orders that may result from AUKUS. At the time, Courtney said AUKUS could bring more work Electric Boat's way given the efforts to help Australia develop a fleet of nuclear-powered submarines.

"There's going to be some support work done in the U.S., and, obviously, Groton has the deepest experience," Courtney said at the time. 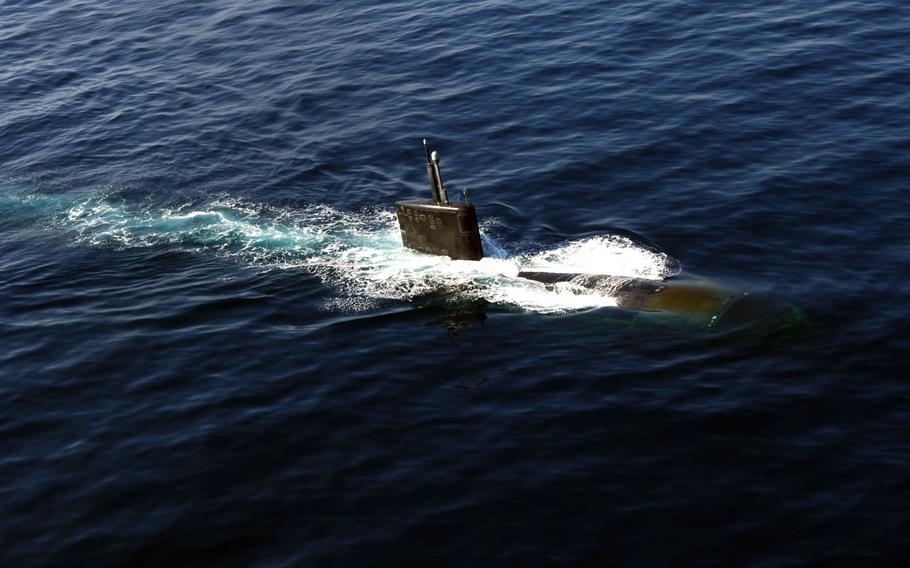