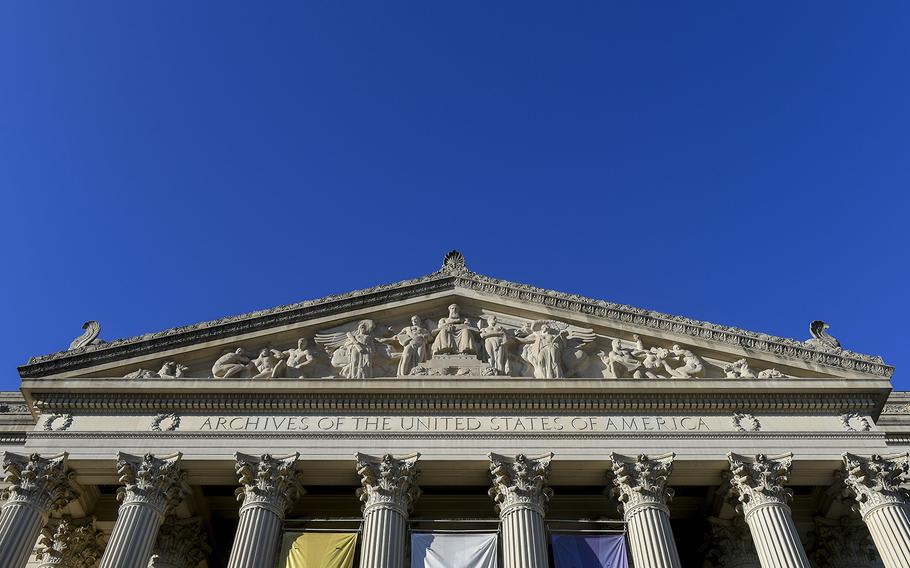 The National Archives has told the House Oversight Committee that it has not yet recovered all of the records from Trump administration officials that should have been transferred under the Presidential Records Act.

The archives will consult with the Department of Justice "on whether 'to initiate an action for the recovery of records unlawfully removed,' as established under the Federal Records Act," acting archivist Debra Wall Steidel said in a letter sent on Friday to the committee's chairwoman, Carolyn B. Maloney (D-N.Y.).

Steidel Wall added that the archives has been unable to obtain federal records related to "non-official electronic messaging accounts that were not copied or forwarded into their official electronic messaging accounts." Presidential advisers are required to forward such messages to their official accounts under the law, she noted.

"While there is no easy way to establish absolute accountability, we do know that we do not have custody of everything we should," Steidel Wall wrote, according to the letter provided to The Washington Post.

Steidel Wall cited the ongoing lawsuit filed by the Justice Department on behalf of the National Archives against former Trump adviser Peter Navarro over failing to turn over private emails involving official White House business during his stint serving in the Trump administration.

Under the Presidential Records Act, the immediate staff of the president, the vice president and anyone who advises the president must preserve records and phone calls pertaining to official duties.

Although the latest letter referred to Trump officials, the spotlight on former president Donald Trump and the documents he kept after leaving the White House has increased since a court-approved FBI search of the Mar-a-Lago Club on Aug. 8.

The FBI has recovered more than 300 classified documents from Mar-a-Lago this year: 184 in a set of 15 boxes sent to the National Archives and Records Administration in January; 38 more handed over by a Trump lawyer to investigators in June; and more than 100 additional documents found in the Aug. 8 search.

In September, Maloney had asked the archives to assess whether Trump has surrendered all presidential records or classified materials. In her latest letter, Steidel Wall deferred to the Justice Department's ongoing investigation.

"The National Archives has confirmed to the Oversight Committee that they still have not received all presidential records from the Trump White House," Maloney said in a statement. "Presidential records are the property of the American people, and it is outrageous that these records remain unaccounted for 20 months after former President Trump left office."