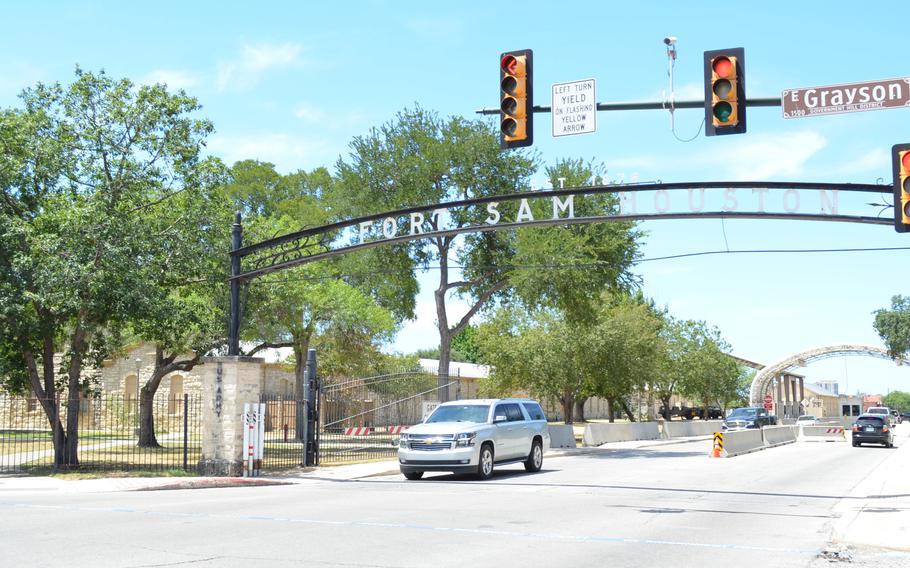 Leaders at Joint Base San Antonio-Fort Sam Houston is moving about 100 troops and 50 staff members who live and work in a medical barracks and clinic at the Texas Army base after an illness-causing bacteria was found in the water system. (Rose L. Thayer/Stars and Stripes)

AUSTIN, Texas — About 100 service members and 50 staffers who live and work at a medical clinic at Joint Base San Antonio, Texas, are being moved after an illness-causing bacteria was found in the water system, base officials said Friday.

The legionella bacteria was discovered in the plumbing system during routine water testing of Liberty Barracks, which houses troops assigned temporarily to Fort Sam Houston for medical treatment. It also houses a behavioral health clinic.

Legionella is a bacteria that frequently lives in plumbing and water sources and can cause symptoms ranging from a mild case of the flu to a type of pneumonia called Legionnaires' disease. It’s transmitted by breathing in mist or water droplets in the air that contains the bacteria.

There have been no reports of illness related to legionella, base officials said.

“As of the last few months, we have been fortunate to have significantly fewer service members needing the care that Liberty Barracks was designed to support,” said Brig. Gen. Russell Driggers, commander of Joint Base San Antonio and 502nd Air Base Wing. “A significant portion of the facility, therefore, has been unoccupied. Water in the plumbing for these unoccupied rooms can sit stagnant, providing a breeding ground for bacteria like legionella.”

Those who lived in the barracks will move to other barracks and dorms across the joint base, and the location will depend on the individual’s medical appointment and treatment needs. The behavioral health clinic within Liberty Barracks will be temporarily moved too, and patients will be contacted regarding alternate arrangements.

Behavioral health appointments at other locations will not be affected, base officials said.

Once the facility is empty, the building will be treated through a process known as super-chlorination, according to Fort Sam Houston. After 72 hours, civil engineer and public health personnel will assess the building’s safety, test for legionella bacteria and test for residual chlorine before permitting the service members to move back to the barracks.

Liberty Barracks, which can hold up to 360 troops, was evacuated last year for the same issue, which is why the base has continued to monitor the water there closely. Civil engineers evaluated the building’s plumbing systems to rule out mechanical problems, such as malfunctioning hot water heaters.