Why Herschel Walker focusing on transgender athletes in Senate campaign 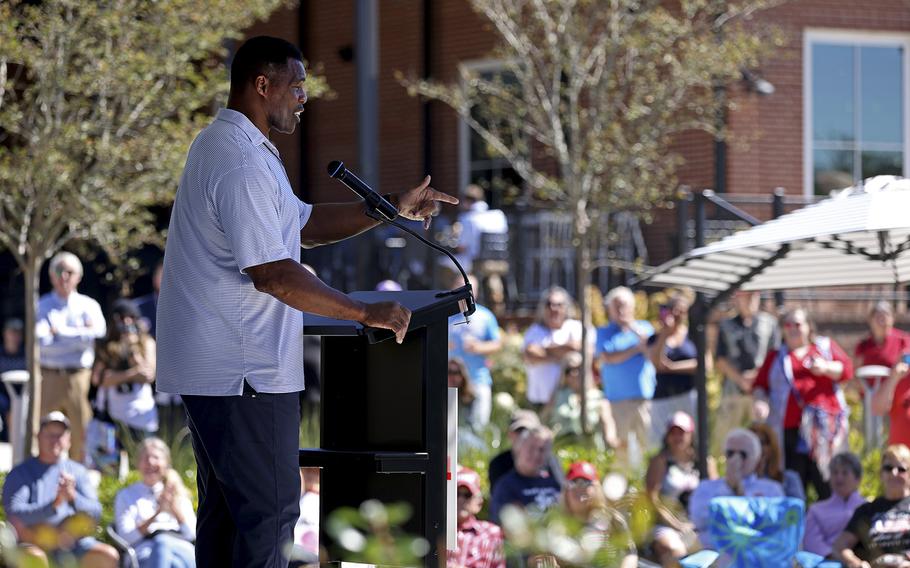 Republican U.S. Senate candidate Herschel Walker speaks during a campaign event Tuesday in Canton, where he focused on transgender athletes who compete in sports that don&apos;t match their gender at birth. “They’re trying to tell you right now that this is normal,&quot; Walker said. &quot;But I’m here to tell you this is not normal.” (Jason Getz / Jason.Getz@ajc.com)

CALHOUN (Tribune News Service) — Republican U.S. Senate hopeful Herschel Walker joined forces Tuesday with a highly decorated swimmer who has become a symbol of political opposition toward transgender athletes as he tries to boost support among skeptical conservative voters in the final weeks of the race.

“They’re trying to tell you right now that this is normal. But I’m here to tell you this is not normal,” Walker said to cheering supporters at a rally in Calhoun alongside Riley Gaines, a former University of Kentucky swimmer who gained fame for her opposition to the NCAA’s transgender policies. “Let’s get men out of women’s sports.” 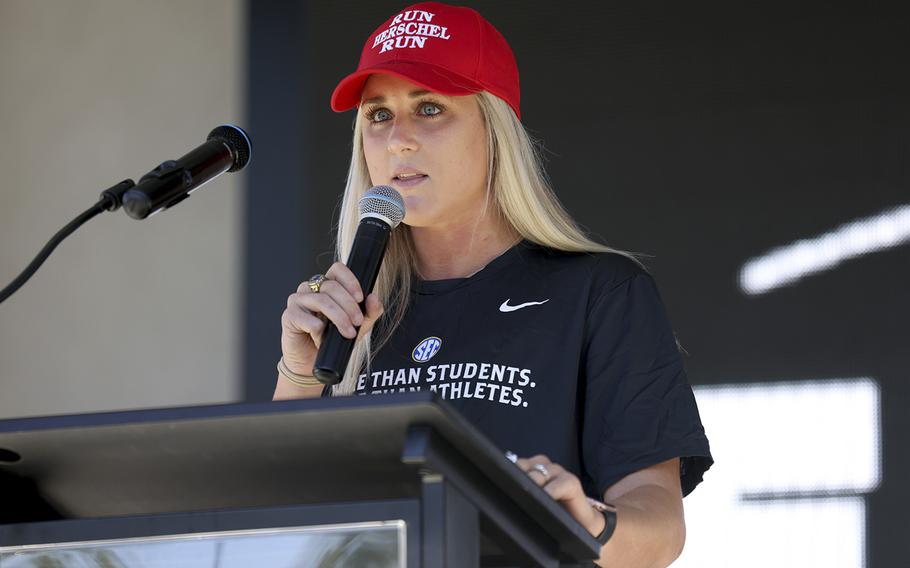 Though it’s not a new message from Walker — the former football star has issued similar calls since entering the race against U.S. Sen. Raphael Warnock last year — the Republican is putting more emphasis on the political divide in the final weeks before the midterm election.

His campaign sees it as a way to energize socially conservative voters — particularly women — who are uniquely motivated by the issue. It comes as Walker’s allies worry about a stubborn split-ticket dynamic that shows a significant number of Republicans steering clear of his campaign.

And the message received an enthusiastic response from voters at stops Tuesday in Calhoun and Canton.

Walker has long been critical of biological males competing in women’s sports. And, according to polls, most Americans agree with him. But he has recently expanded his attack beyond sports to include broader critiques attacking gender reassignment procedures.

“When I get to heaven, I want the Lord to recognize me,” Walker said in Calhoun. “Because I can tell you right now, they’re telling the young kids in school, you can be a boy tomorrow even if you’re a girl.“

He added: “But I want the young kids to know you go to heaven. Jesus may not recognize you. Because he made you a boy. He made you a girl. Why are we talking about things like that?” 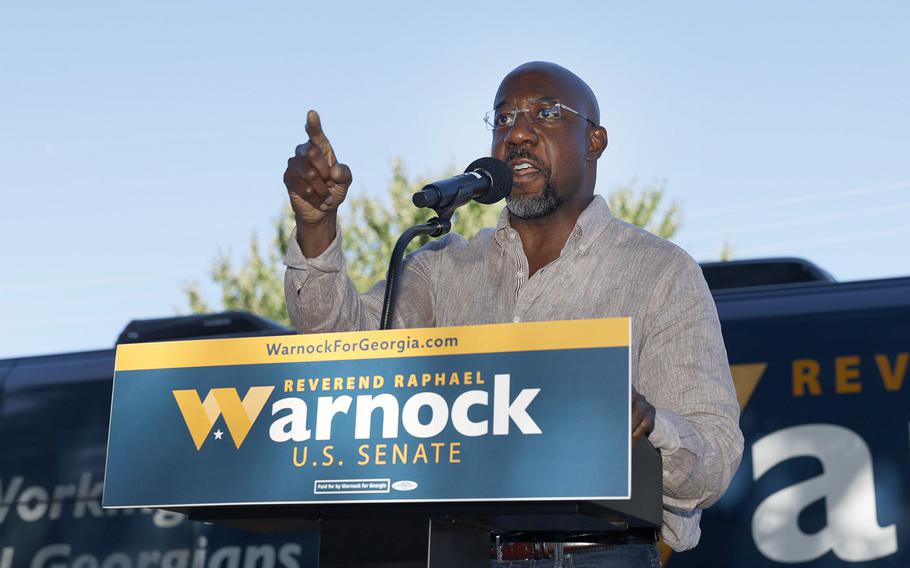 Like many Democrats, Warnock has criticized efforts to restrict transgender students from competing in sports. Asked at a campaign event in Norcross whether federal lawmakers should be involved in such decisions, Warnock evoked his role as lead pastor at Atlanta’s Ebenezer Baptist Church.

“As a pastor I believe in the dignity of all human beings. And as a parent I love my children and I’m sure other people love their children and they want to make sure their children are safe from hatred,” he said. “I will remain focused on all of our young people and at the same time, trying to create opportunities.”

Other Georgia Republicans have picked up on similar themes amid polls that show a deep divide over the policy.

A Gallup poll from May 2021 found that a majority of Americans — 66% — support allowing openly transgender people to serve in the military. But when it came to sports, those numbers flip-flopped — 62% of those surveyed said transgender athletes should only be allowed to play sports that match their gender at birth.

Ahead of a matchup against Democrat Stacey Abrams, Gov. Brian Kemp pushed through a measure that paved the way for the Georgia High School Association to ban transgender athletes from participating in girls’ sports despite opposition from some leaders in his own party.

But while Kemp has only sparingly invoked the new law, Walker is more forcefully training attention on the issue. And Gaines’ appearance on Tuesday served as a reminder of the conservative women whom Walker is targeting.

She garnered attention from many conservatives after she spoke out against Lia Thomas, a transgender woman at the University of Pennsylvania whom Gaines competed against. Earlier this year, Thomas won a national championship after undergoing hormone replacement therapy and joining the women’s team.

The NCAA requires a year of hormone-suppressing therapy to bring down tester one levels after male athletes transition to become females, but some experts say that even athletes such as Thomas who follow the policy still have an unfair advantage.

After winning a 500-yard freestyle NCAA championship in Atlanta, Thomas told Sports Illustrated that she “deserves that same respect every other athlete gets.”

Gaines said that allowing transgender athletes to compete against women undermines Title IX, a law designed to prohibit discrimination based on sex in federally funded educational institutions. She said she’s a voice for athletes “who are threatened and who are emotionally blackmailed if they speak out.”

Her message resonated with Ingrid Sooza, an Acworth woman who attended Walker’s event in Canton.

“Women’s sports should be women,” Sooza said. “The rest makes no sense.”