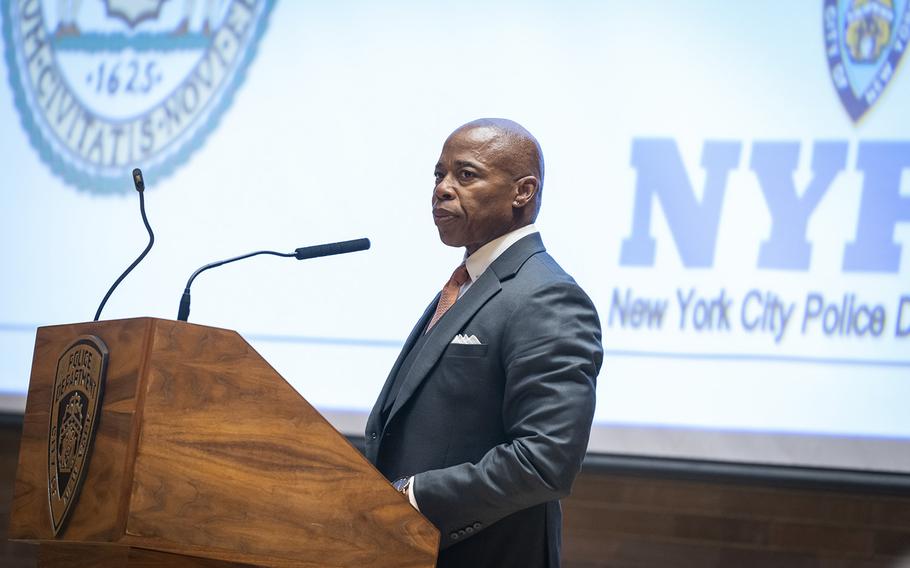 NEW YORK — Out of public safety concerns, Mayor Eric Adams' administration is likely to surge more cops into the Bronx neighborhood where it plans to soon start housing hundreds of Latin American migrants in tent camps, according to the local Council member.

Councilwoman Marjorie Velazquez, D-Bronx, whose district includes the Orchard Beach parking lots where the tents will be erected, told the Daily News she asked Deputy Mayor of Public Safety Phil Banks' team in a Thursday phone call to beef up the officer headcount at nearby precincts in anticipation of the tents going up.

"They were very receptive to the idea," the Democratic Council member said.

Adams spokeswoman Kate Smart declined to comment directly on Velazquez's request, but said "safety is our top priority and we'll take all necessary steps to ensure people staying temporarily at the humanitarian relief centers are kept safe and secure."

Adams' office announced the plan to house migrants in tents at Orchard Beach on Thursday.

In a briefing unveiling the initiative, Adams administration officials — who spoke only on condition that they not be identified by name — said the tents are going to serve as intake centers where migrants will spend upward of 96 hours before being assigned beds in shelters or other permanent housing. The tents are expected to be operational within two weeks and have capacity for roughly 1,000 people, the officials said. 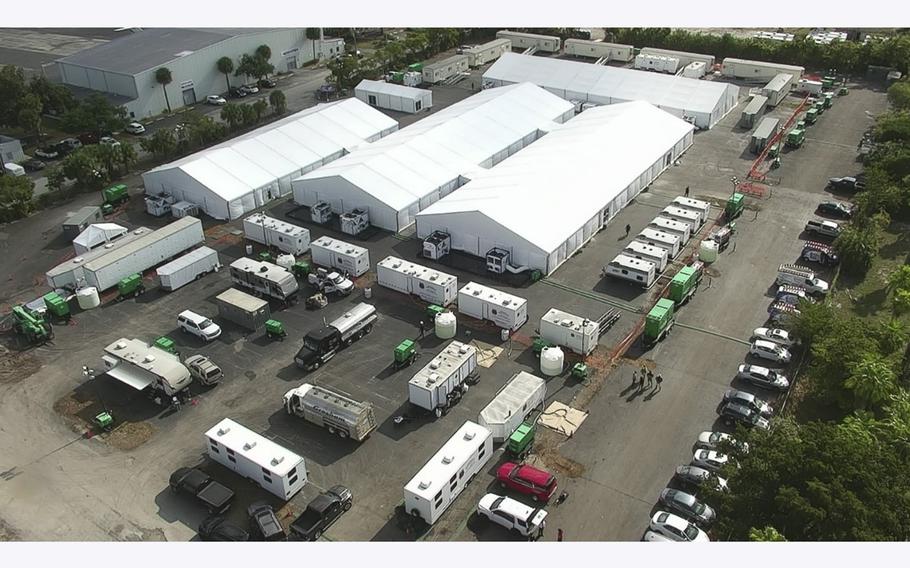 A past example of what the outside of a Humanitarian Emergency Response and Relief Center will look like. New York City’s setups will likely have some differences, according to the mayor’s office. (NYC Mayor’s Office)

The officials said the city will facilitate food, medical care, legal aid and other services on-site, but did not mention anything about larger police patrols.

In speaking with Adams officials, Velazquez said she also raised the issue of making sure the tents are sturdy and improving sanitation, noting that the public bathrooms at Orchard Beach have long been in dire need of repairs.

"My priority is and will always be providing folks with a decent, humane way of living. I don't need folks staying in tents that are not constructed safely, that are not warm, that are not insulated," she said.

"These are the things that they need to address to me, because I'm okay with using that site, because it's a site that's not being used in the fall and the winter, anyway. But I need to be assured that the families that are coming in are truly welcome here. Let's make sure people are not freezing to death in the winter months."

Smart said the city will "also be adding additional sanitation services at these sites."

The Orchard Beach center will only house single adults, but City Hall said the administration plans to open up at least one more tent site for migrant families.

Adams' tent plan comes as the city shelter system remains near a breaking point due to an enormous influx of South and Central American migrants in recent months.

As of Thursday, more than 13,600 migrants had arrived in the city — and at least 10,300 of them are staying in the shelter system, according to administration officials. 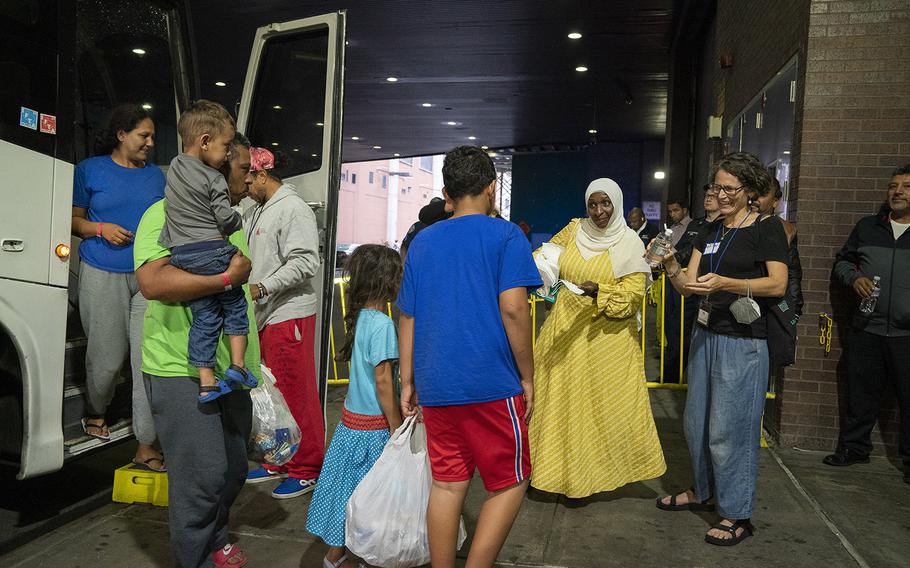 Migrants arrive on a bus at the Port Authority from Texas Thursday, Sept. 22, 2022 in Manhattan. (Barry Williams/New York Daily News/TNS)

The migrants are hoping to secure asylum in the U.S. after fleeing economic devastation and violence in their home countries. Many of them ended up in New York because Republican Texas Gov. Greg Abbott sent them to the city on buses as part of a political feud with President Biden over border policies — a stunt Adams has labeled "un-American" and "inhumane."

Amid the crisis, Adams' administration failed on at least two occasions this summer to house dozens of migrants and homeless people — in apparent violation of the decades-old right-to-shelter law, which requires the city to provide a bed to anyone who needs one.

The tent camps could be a way for the administration to alleviate burden on the shelter system.

In a Friday morning radio interview, Adams said his administration may end up having to house more than 50,000 migrants before all is said and done. He compared the tent plan to the city being forced to put COVID-19 patients on a military ship during the early days of the pandemic.

"We used whatever we had to get through this," he said on Caribbean Power Jam Radio.

But homeless advocates say the tent plan could violate the right-to-shelter law, too. The law, they've noted, requires the city to provide people with "safe and adequate" shelter, and tent cities may not pass muster.

The Family Homelessness Coalition, an umbrella organization for advocacy groups that includes the Citizens' Committee for Children of New York, said in a statement that Adams' tent plan is "alarming."

"Not only is there a question of legality, but we are deeply concerned about whether these shelters will provide families the housing services, transportation, and supplies they need," the coalition said. "Asylum seekers already have experienced tremendous trauma, and we urge Mayor Adams not to place thousands of children and their family members in a potentially dangerous environment."