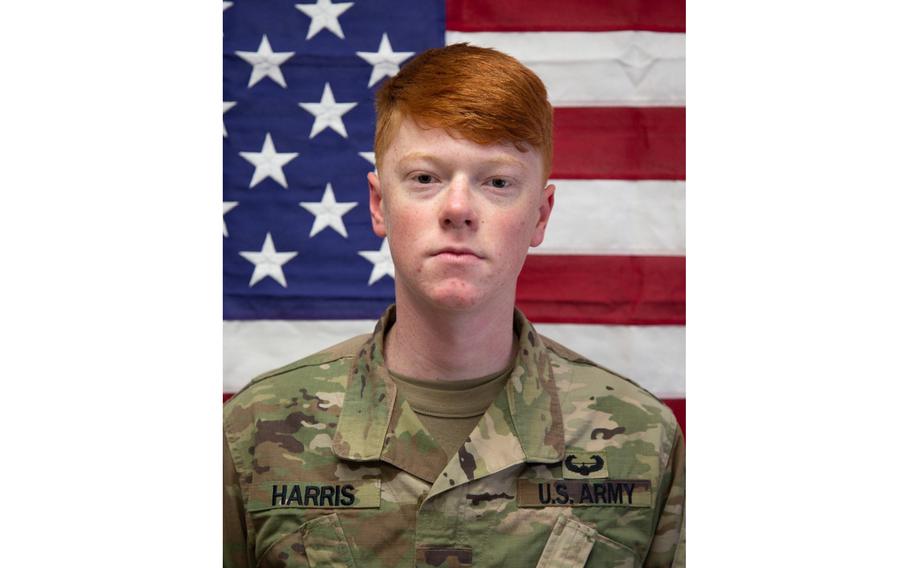 (Tribune News Service) — Two people charged with killing a 20-year-old U.S. Army soldier in Sussex County, N.J., after a disagreement over a vehicle trade two years ago will stand trial on kidnapping and murder charges this fall, prosecutors said Tuesday.

Army Spc. Jamaal Mellish, 24, and Hannan Aiken, 17, both of Brooklyn, N.Y., are accused in the 2020 shooting death of 20-year-old Cpl. Hayden Harris, according to First Assistant Prosecutor Greg Mueller.

Mellish and Harris, who were both stationed in Fort Drum in Jefferson County, N.Y., exchanged vehicles the summer before Harris was killed, according to prosecutors.

Mellish is accused of enlisting the help of Aiken — his girlfriend’s brother — to allegedly kidnap Harris from a parking lot in Glen Park, New York, and drive him 275 miles to Byram Township, where he was killed. The victim had been lured to the parking lot after being told he could get his Mustang back, prosecutors said.

Mueller said Tuesday the trial will begin in late October or early November after Judge Michael Gaus concludes presiding over the murder trial of former police Lt. John Formisano, who is accused of killing his wife in Morris County.

“As soon as Judge Gaus comes back, we’re scheduled to start the Mellish trial,” Mueller said.

Mellish and Aiken — who is charged as an adult — are set to be tried together. An earlier motion to sever the cases and try the suspects separately was denied.

However, Mueller said “a new issue that came up recently” may lead to separate trials. Mueller did not disclose the new issue.