The House’s long-awaited electoral reform bill is ready; can it pass? 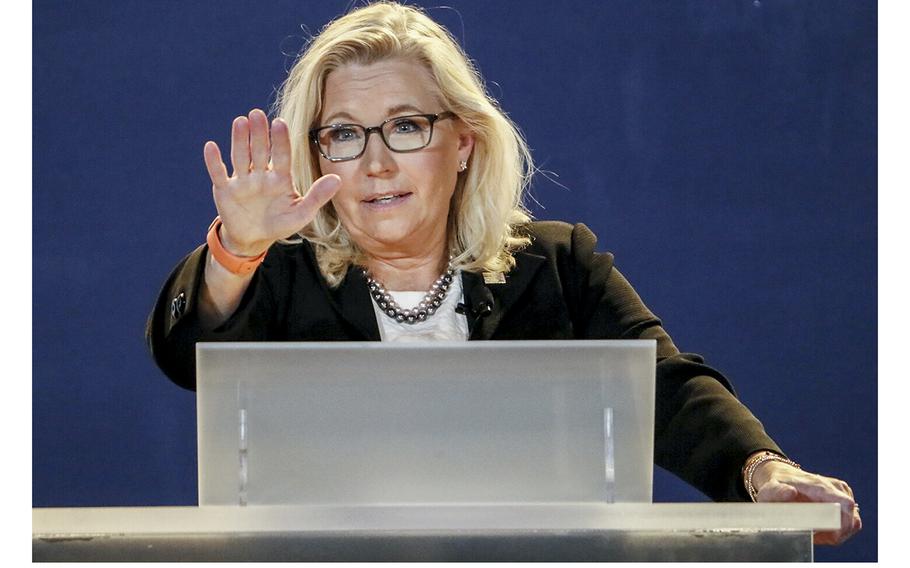 A pair of House members who sit on the committee investigating the Jan. 6, 2021, attack on the Capitol have introduced bipartisan legislation they believe will adequately reform a 135-year-old law, aimed at preventing future presidents from trying to overturn election results through Congress.

The legislation, proposed by Reps. Liz Cheney (R-Wyo.) and Zoe Lofgren (D-Calif.), would clearly reaffirm the vice president has no role in validating a presidential election beyond acting as a figurehead who oversees the counting process, barring them from changing the results. The Presidential Election Reform Act (PERA) also expands the threshold necessary for members of both chambers to object to a state’s results, as well as clarifies the role governors play in the process.

The House bill introduced Monday is just one of several proposals pitched by members and senators to reform the 1887 Electoral Count Act, which sets the parameters for how Congress should tally electoral college votes that officially certify a presidential election. It is the only piece of legislation on the topic that has the backing of House Speaker Nancy Pelosi.

Some bipartisan will exists in both chambers to reform the archaic law before the next Congress, with lawmakers expressing concern that a future president could take notes from former president Donald Trump, who tried to pressure his vice president to reject or thwart the counting of the electoral college votes. But with only a few weeks left in the current congressional term and competing bills in both chambers, the pathway for such changes to be signed into law remain opaque.

Influenced by their year-long investigation on what sparked the Jan. 6 insurrection, Cheney and Lofgren noted in a Wall Street Journal op-ed published Sunday that it is incumbent upon Congress to pass reforms, arguing Trump exploited the Electoral Count Act and pressured Vice President Mike Pence to reject votes for Joe Biden from certain states. Pence declined to do so, inflaming Trump and his allies, who continued to espouse the falsehood that the 2020 election was stolen.

“Despite this, Mr. Trump continues to make intentionally false election-fraud allegations, claiming that he should be reinstalled as president,” Cheney and Lofgren wrote in their op-ed. “This raises the prospect of another effort to steal a presidential election, perhaps with another attempt to corrupt Congress’s proceeding to tally electoral votes.”

The House bill comes after another bipartisan proposal earlier this summer worked out by 16 senators following months of negotiations led by Sens. Susan Collins (R-Maine) and Joe Manchin III (R-W.Va.). Nine Republicans were part of the negotiating group on that bill — a crucial number since 10 are needed for passage to overcome a Senate filibuster. Senate Minority Leader Mitch McConnell (R-Ky.) has previously said the Electoral Count Act should be reformed, but has not gone so far as to say whether he supports his colleague’s proposal.

While both pieces of legislation have the same goal, their differences lie in the details. Current law allows for one House member and one senator to raise an objection to a state’s results during a joint session of Congress. The Senate bill would increase that threshold to one-fifth of each chamber, while the House version makes it even more difficult, requiring one-third of each body to approve debate.

Both the House and Senate bills set a deadline for governors to send Congress their states’ electoral votes. If the governor refuses or sends the wrong ones, the candidate can file suit.

Investigators, including the Jan. 6 committee, are exploring the role Trump and his allies may have played in trying to use invalid electors to thwart Joe Biden’s 2020 electoral victory. The House bill says that if a governor does not submit an accurate number of electors by a certain date, then candidates can obtain a federal court order compelling the governor to immediately act. If a governor again refuses, the court can then appoint another state official to send the slate of electors to Congress.

The House measure is more specific in its redefinition of the ECA’s “failed elections” provision. While both bills clarify that a state’s election can only be extended in the case of “genuine catastrophic event” that can prove enough ballots could not be cast, the House bill specifies that a “catastrophic event” is defined as a natural disaster and a federal judge must approve.

Like the Senate bill, the House version clarifies how a presidential candidate can raise concerns about a state’s election, with the creation of a three-judge panel and an expedited path to the Supreme Court, an issue that the senators struggled to come to agreement on.

Both measures also address the presidential transition by allowing candidates who don’t concede to receive federal transition resources when an election is “reasonably in doubt,” according to a summary of the bill. But once the election results are certified, only the candidate certified as the winner can continue receiving the funds.

House aides involved with crafting the legislation argue that their bill is more specific and narrow about the instances in which lawmakers can object election results. Senate aides say their bill already has the input and support necessary to pass it through a chamber that requires 10 Republican support than a simple majority like the House.

Reps. Josh Gottheimer (D-N.J.) and Fred Upton (R-Mich.) introduced the Collins-Manchin companion bill in the House last week, but leaders have chosen to take up the Cheney-Lofgren proposal instead. A Democratic leadership aide said the latter provides stronger protections on the threshold for members to object and prevents a state from delaying a presidential election unless there is a catastrophic event.

House Majority Leader Steny H. Hoyer (D-Md.) stated that a vote on PERA will be held Wednesday, after the Rules Committee convenes to debate the measure on Tuesday. It will then be on Senate Democratic leaders to determine which legislation to vote on since the Senate Rules Committee is expected to clear their chamber’s proposal after a markup hearing next week.

With Congress in session for only a couple more weeks to tackle a looming government funding deadline, a senior Senate Democratic aide noted that the earliest any bill would get voted on would be after the midterm election during the “lame duck” session. It’s possible both chambers meet in a conference setting after each proposal has passed to iron out differences before it becomes law.

“It’s something we’d like to get done and we’re going to try to figure out the best way to get it done,” Senate Majority Leader Charles E. Schumer (D-N.Y.) told reporters when pressed on timing of the votes earlier this month.