US limits export of fentanyl to Russia, calling it a potential weapon 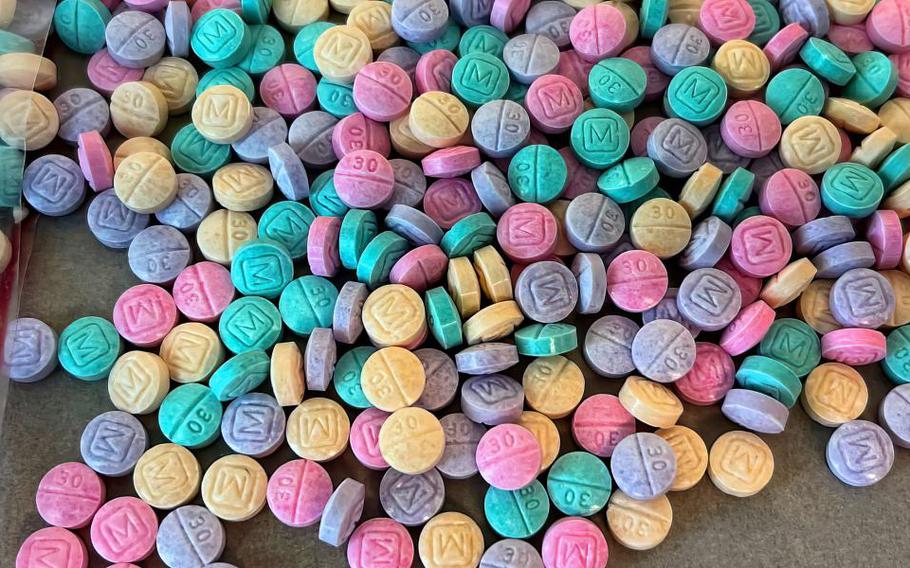 The United States on Thursday strictly limited the export of fentanyl and related chemicals to Russia, saying that they “may be useful” as chemical weapons to support Russia’s “military aggression.”

The Commerce Department said sales to Russia of the powerful opiate will now require a U.S. government license. The rule also applies to exports to Belarus, whose leadership supports Russian President Vladimir Putin.

Fentanyl is widely known in the United States as an illicit street drug that has caused thousands of overdose deaths in recent years. But it also has legal uses as a prescription painkiller. It is a synthetic opioid that is up to 50 times stronger than heroin, according to the Centers for Disease Control and Prevention.

The Commerce Department didn’t respond to questions about why it took the step. But the move brings the United States in line with the European Union, which controlled fentanyl and related drug exports to Russia in June, saying that the substances “have been used as toxic chemicals . . . in the past by Russia.”

In 2002, Russian special forces used a gaseous form of fentanyl as a knockout agent before storming a theater where hostages were being held. The gas allowed the agents to enter and kill the Chechen militants who had taken hundreds of people hostage, but the powerful narcotic also killed more than 100 of the hostages.

Russian officials at the time wouldn’t identify the type of gas used, saying only that it was a nonlethal anesthetic. But U.S. officials said that tests done by U.S. embassy doctors on Americans present during the hostage-taking indicated that the gas was fentanyl.

The new U.S. export controls also apply to the precursor chemicals needed to make fentanyl and to a group of compounds closely related to fentanyl.

The measure was one of a list of additional sanctions and export controls the United States adopted on Thursday in relation to Russia. It slapped new controls on the export of quantum computing technology to Russia. It also sanctioned additional executives in Russia’s financial sector.

And it adopted new sanctions on people it accused of supporting Putin’s war in Ukraine and committing human rights abuses, including Chechen warlord Ramzan Kadyrov; a Russian neo-Nazi militia allegedly fighting in Ukraine, and a Russian official who the United States said has “led Russia’s efforts to deport tens of thousands of Ukrainian children.”