The looming U.S. rail strike threatens to push inflation even higher across the country after prices jumped more than expected last month.

About 125,000 workers could walk off the job if a deal isn’t reached by Friday’s deadline, with talks between rail companies and unions not showing signs of progress. The stoppage would be the largest of its kind since 1992, and it would snarl a wide range of goods transported by rail, from food to metal and auto parts. The White House is considering an emergency decree to keep key goods flowing.

A strike would place new strains on U.S. supply chains and add to price pressures that aren’t easing as much as forecasters had hoped. A government report on Tuesday showed consumer prices unexpectedly climbed in August, with annual inflation at 8.3%. Food prices, which are vulnerable to a holdup in rail deliveries, were one of the main contributors to the headline rate, while prices for clothing and new cars also advanced from the previous month.

“This is another risk to tamping down on inflation,” said Wells Fargo senior economist Sarah House. “Goods inflation was really where we were supposed to see the most relief,” she said, and the rail strike could mean “we’re not potentially getting that relief — that’s a big development for the inflation story.”

The railway work stoppage would cost $2 billion a day, depending on how long it lasts, according to the Association of American Railroads. That could be a setback for U.S. supply chains that are only now recovering from the global turmoil caused by the pandemic, a key driver of the past year’s wave of inflation as companies scrambled to get their goods to factories and consumers.

The economic effects of a potential strike would also spread beyond the rail industry — which carries more than a quarter of goods transported within the U.S. — to upend other modes of freight transport. The American Trucking Association has already called on Congress to help resolve the dispute, warning that the stoppage would require nearly half a million more trucks and 80,000 more drivers — which aren’t available - to fill the gap.

“The risk is that the last most-economic alternative aside from air freight will see a rise in prices — that will add to the overall cost of getting goods from point A to point B,” said Peter Earle, an economist at the American Institute for Economic Research. Higher costs may show up in stores sooner than expected, he said, as retailers increase their prices in anticipation of bigger transportation bills.

The unions involved in the talks represent the majority of rail labor, and a nationwide strike would halt at least 7,000 long-distance trains per day.

With November midterm elections less than two months away, Democratic President Joe Biden has become personally involved in trying to break the logjam between the industry and unions. U.S. Labor Secretary Marty Walsh planned to meet with railroad and union representatives in Washington on Wednesday morning, according to a spokesperson for the department.

About half of rail freight is final goods destined for consumers, while the other half is raw goods and heavy freight, including coal, car parts, agricultural produce and equipment.

U.S. producer prices, the costs that businesses pay for their inputs, have shown signs of easing in recent months. A government report on Wednesday is forecast to show that the core producer-price index rose 7% in August from a year earlier, which would be a fifth straight monthly slowdown. 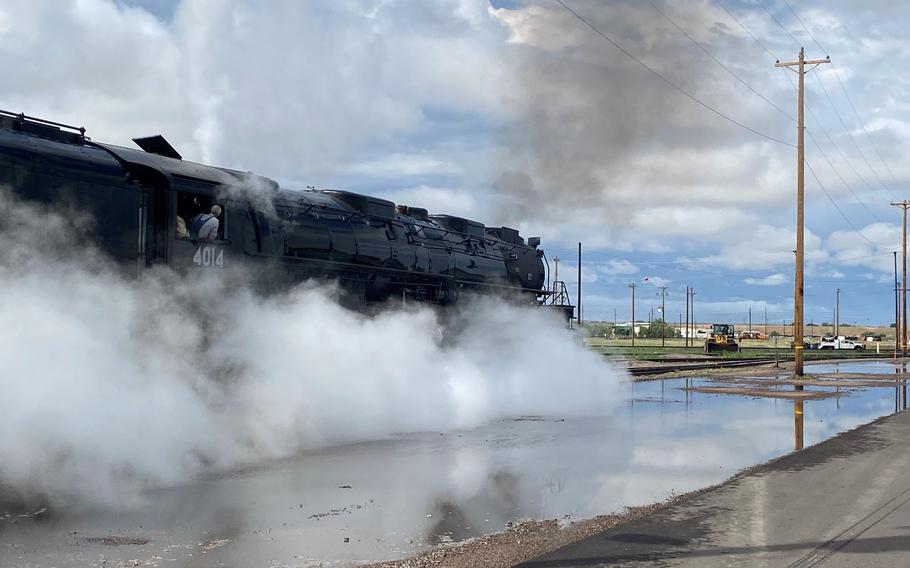