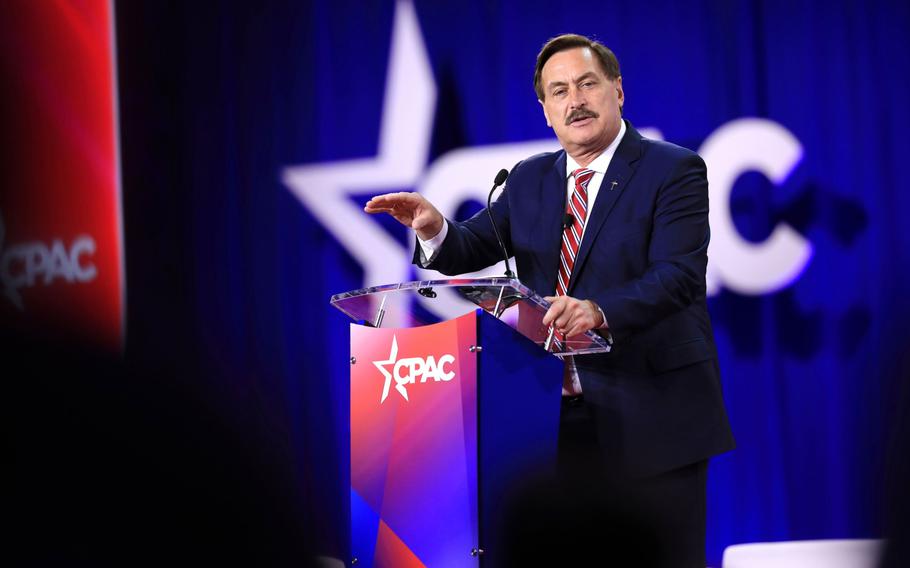 MyPillow chief executive Mike Lindell, an outspoken supporter of former president Donald Trump and his discredited theories about the 2020 election, said the FBI seized his mobile phone Tuesday while he was pulled over at a Hardee’s drive-through in Mankato, Minn.

“I said to my buddy, I said, ‘That’s either a bad guy or it’s FBI,’” he recounted on his podcast, “The Lindell Report.” After he was approached, Lindell said, officers told him they had “some bad news” and presented him with a search warrant for his phone.

Lindell is the latest Trump confidant to have his phone taken. Last week the Justice Department seized phones from Trump lawyer Boris Epshteyn and Mike Roman, a campaign strategist who directed Election Day operations for the Trump campaign in 2020, according to the New York Times. In addition, subpoenas were recently sent to dozens of campaign operatives and Trump allies, including former New York City police commissioner Bernard Kerik.

On his podcast, Lindell — who has said he spent $25 million pushing claims the 2020 election was stolen — said officials questioned him about topics including Dominion Voting Systems and Tina Peters, a county clerk in Colorado who has been accused of tampering with voting machines.

Lindell has been one of Trump’s most steadfast allies since the 2020 election. In May, a federal judge ordered Lindell to pay legal fees and costs incurred by a voting technology company he accused in a “frivolous” lawsuit of rigging the 2020 presidential election. Lindell filed his lawsuit after Dominion and Smartmatic Corp. sued him for alleged defamation over his election-fraud claims.