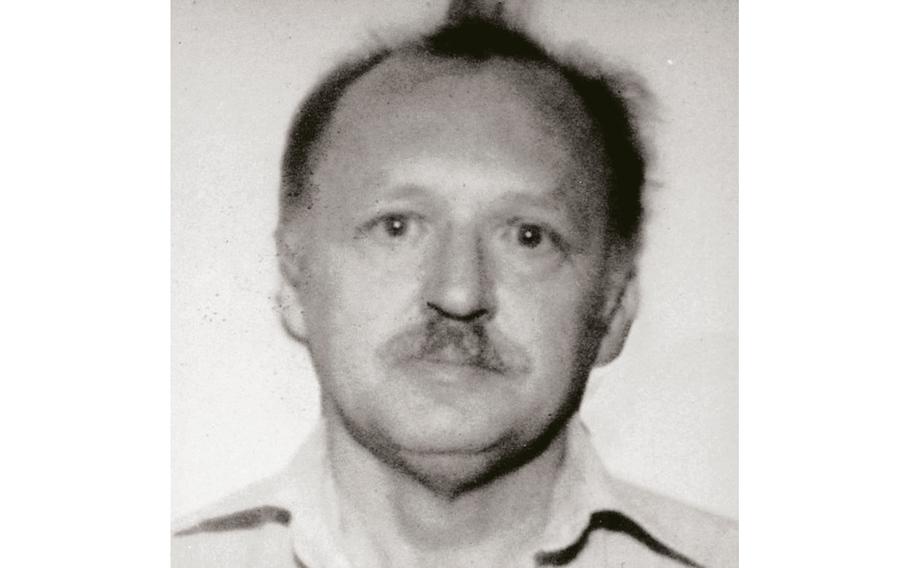 Ronald Pelton was arrested in 1985 for sharing information with the Soviets. (NSA)

(Tribune News Service) — A former National Security Agency analyst who spent nearly 30 years in prison for selling U.S. intelligence information to the Soviet Union is dead at 80, according to his daughter, who recalled her father’s complex legacy in a heartfelt statement.

Ronald Pelton was arrested in 1985 for sharing information with the Soviets including details of an espionage operation where the U.S. Navy eavesdropped on its chief Cold War adversary’s subterranean communications.

A jury, including one woman who shed tears for the defendant, deliberated for 13 hours before convicting him on four counts, carrying a maximum sentence of more than three life terms.

The former agent’s attorney claimed his client had come across hard times financially when he committed what a federal judge reportedly called “one of the most serious offenses in the U.S. criminal code.”

Pelton declared bankruptcy in 1979 before volunteering his services to the Soviet embassy in Washington, D.C., in January 1980, according to the Chicago Tribune.

Conspiracy and espionage were among the charges on which he was convicted. Pelton was accused of selling U.S. secrets for $35,000 between 1980 and 1985 after working for the NSA for 14 years at an annual salary of $24,500.

News of Pelton’s death was posted to the website of a Maryland funeral home where his daughter Pamela Wright shared her memories of a father whose situation she called “complicated” and “with many regrets.”

Wright recalls her father being apprehended when she was 19 years old, then returning to her life when she was 50, with very little communication in between.

“Whenever someone asks me about my father, I always preface the discussion with, ‘It’s complicated,’ “she said.

Before dying on Sept. 6, Pelton served in the U.S. Air Force and enjoyed flying. He also became a luxury boat salesman before his legal troubles began, according to his obit. Wright said most of her memories of her father are negative.

“Some of it because I was in abject terror of him. Mostly because I never understood him,” she wrote. “He seemed emotionless unless he was angry. His dry humor was difficult for me to grasp. He was secretive. Quiet. Absent.”

According to Wright, her father’s mind always seemed to be wandering. She later claimed to believe that penchant for analysis was a “gift” he passed on to his her and her children. Wright said she lived her life without her jailed father, who moved in with her for three years after being freed in November 2015.

“When he came back, he was quieter,” she recalled. “More mellow. With many regrets.”

In her tribute, Wright said her dad converted to Catholicism late in life.