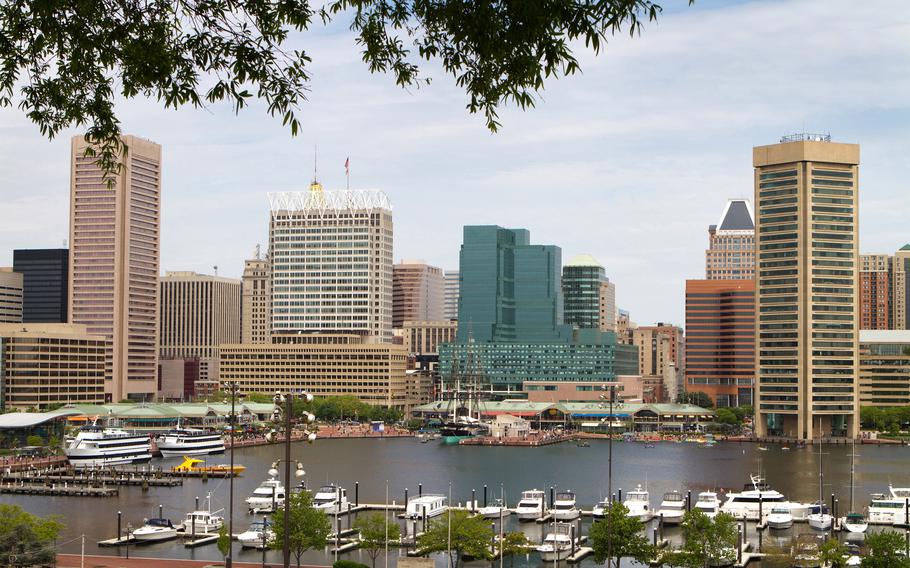 BALTIMORE (Tribune News Service) — A Danish training ship hit the moored USS Minneapolis-Saint Paul on Sunday morning in the Inner Harbor, according to a statement from the U.S. Navy.

No U.S. Navy personnel were injured and there was no serious damage to the Navy ship, a U.S. Navy spokesperson said in a statement. The USS Minneapolis-Saint Paul was docked on the port side of the west wall in the Inner Harbor at 11:17 a.m. Sunday when the Danmark crashed into it during Maryland Fleet Week.

A representative from Sail Baltimore, which brings visiting vessels to the harbor to showcase different cultures and maritime history, referred questions about damage to the Danmark to the U.S. Navy.

Ships began arriving for Fleet Week on Sept. 7, a weeklong event that brings military vessels from around the world to Baltimore, along with planes and other aircraft.

The Danmark, a three-masted sailing ship, has a long history of visiting Baltimore. The Danmark first arrived in New York for the World’s Fair before heading to Baltimore a month later, the Sun reported on Oct. 21, 1939. Once docked in the harbor, the ship was opened to curious Baltimore visitors, including a group of Sea Girl Scouts, while the Danish cadets went on sightseeing tours.

Germany invaded Denmark while the Danmark was in Florida, leaving the training ship stuck abroad. The ship’s captain turned it over to the United States for Coast Guard training during World War II.