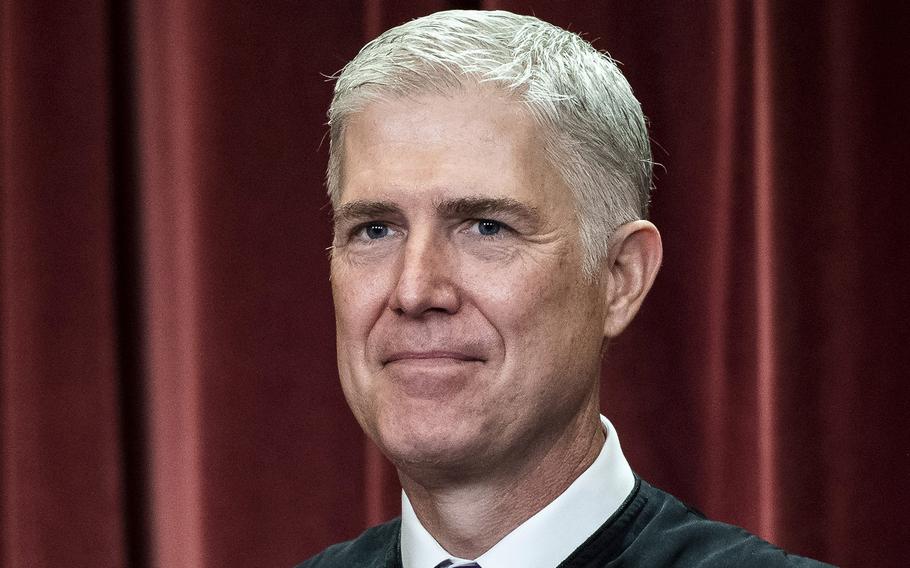 Justice Neil M. Gorsuch said Thursday that it was "terribly important" to identify the source of a leaked opinion that foretold the Supreme Court's overruling of Roe v. Wade and said the court's investigation could be completed soon.

"Improper efforts to influence judicial decision-making, from whatever side, from whomever, are a threat to the judicial decision-making process and inhibit our capacity to communicate with one another," Gorsuch said at the U.S. Court of Appeals for the 10th Circuit's biannual Bench &amp; Bar Conference in Colorado. The Wall Street Journal and Bloomberg Law had reporters at the event.

Chief Justice John G. Roberts Jr. announced an investigation into the May leak to Politico, and Gorsuch said an internal committee was appointed. "That committee has been busy and we're looking forward to their report, I hope soon."

Gorsuch did not say whether the report would be made public, the Journal reported, and the conference organizers prohibited reporters from interviewing the justice or other judges in attendance.

The leak of Justice Samuel A. Alito's draft opinion shocked the court, which prides itself on keeping internal deliberations secret. It has been condemned as a harmful breach by those justices who have discussed it publicly.

The draft that leaked to Politico was substantially the same as the one that upheld a restrictive Mississippi law and overturned the nearly 50-year Roe precedent that guaranteed a constitutional right to abortion. Gorsuch was among the five justices who voted in Dobbs v. Jackson Women's Health Organization to overturn Roe. Roberts said he would have upheld the Mississippi law but not overturn Roe, and the court's three liberals dissented.

The decision in essence returned the issue of abortion to the states and has set off a turbulent summer of political change. While some states have fortified protection for abortion rights, others have virtually eliminated the procedure. It has galvanized Democrats as they hope to fend off a Republican takeover of Congress in November's midterm elections.

Roberts in a May statement said he had directed Supreme Court Marshal Gail Curley to conduct an investigation into the leak, which he called "absolutely appalling."

But the chief justice has provided nothing since then. There have been reports that clerks and other court personnel were asked to turn over phone records, but it is unclear how extensive or successful that effort has been.