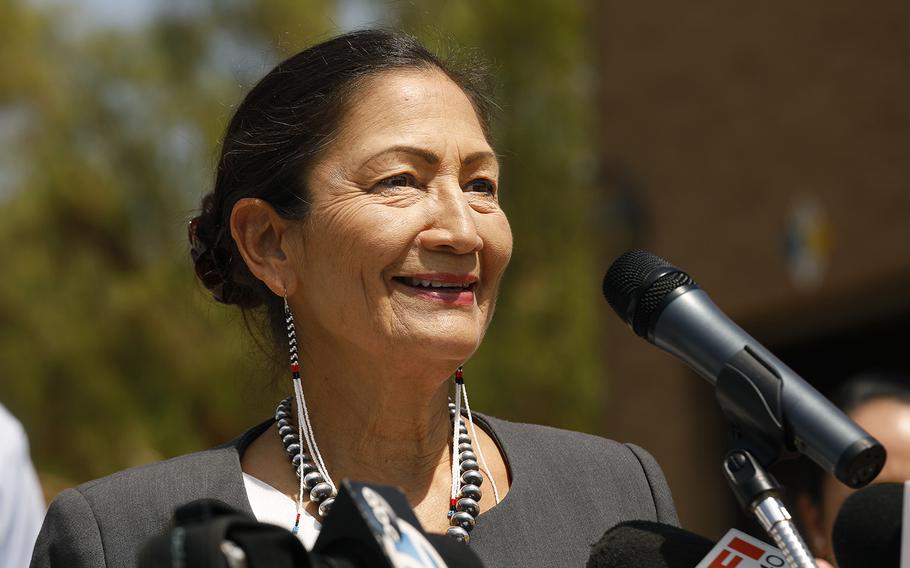 WASHINGTON (Tribune News Service) — Nearly 650 geographic features will be renamed to remove a slur after the Board on Geographic Names voted on final replacements, the Interior Department announced on Thursday.

The valleys, streams, reservoirs and other geographic features will receive new names, effective immediately, that do not contain the word "squaw," which the Interior Department said "has historically been used as an offensive ethnic, racial and sexist slur, particularly for Indigenous women."

"I feel a deep obligation to use my platform to ensure that our public lands and waters are accessible and welcoming," Interior Secretary Deb Haaland said in a statement. "That starts with removing racist and derogatory names that have graced federal locations for far too long."

The word that has been removed from the geographic features comes from an Algonquian word for a young woman, and while the original word was not offensive, its meaning and intent shifted over time. Haaland, a member of the Pueblo of Laguna and the first Native American to serve as a Cabinet secretary, signed a secretarial order last November to establish a Derogatory Geographic Names Task Force.

Native American leaders have pushed for the change for decades and the movement has gained steam in recent years. While still a Democratic congresswoman from New Mexico, Haaland introduced legislation to require the federal government to address these site names.

Both the order and the task force only concerned the one slur, but the Interior Department will consider additional derogatory terms through a federal advisory committee established by a separate secretarial order. Typically geographic place name changes are considered on a case-by-case basis, although the Interior Department has also mandated that slurs for Black and Japanese people be removed from place names in 1962 and 1974, respectively.

The Interior Department said that during the process it received more than 1,000 recommendations for name changes and that it consulted with nearly 70 tribal governments.

A majority of the sites are in the Western U.S. Some will receive nondescript names such as Castle Mesa and East Cedar Lake. Others will be given names in tribal languages such as Bavahope Naokwaide for a stream in Bonneville County, Utah, and Mat Puy Nah Achhuukaayp for a summit in San Diego County, California.

Squaw Valley in California, which hosted the 1960 Winter Olympics, has been formally renamed Olympic Valley. The resort of the same name was renamed Palisades Tahoe last year after consultation with the Washoe Tribe of Nevada and California, the original inhabitants of the land.