Why do we celebrate Labor Day? So Grover Cleveland could own the left 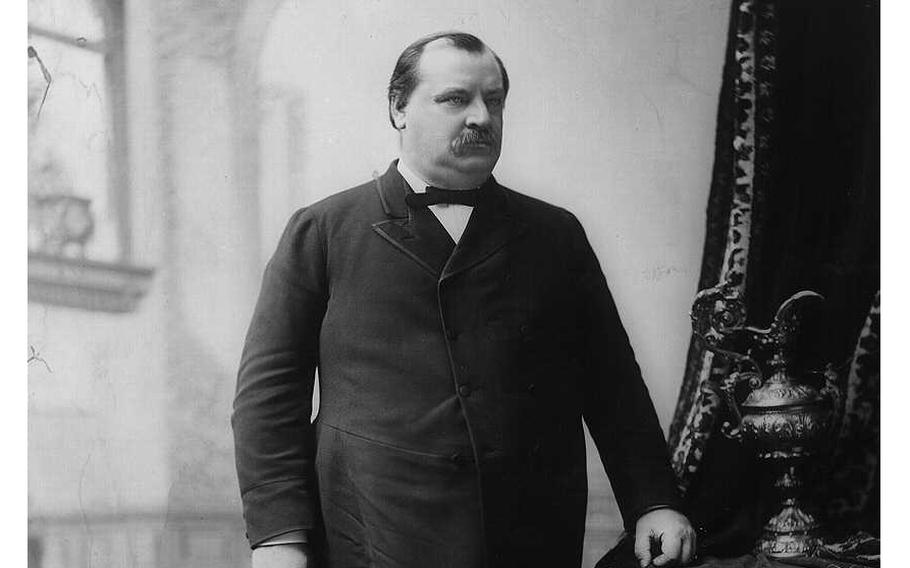 President Grover Cleveland during his first term at the White House in 1888. (Prints and Photographs Division/Library of Congress)

Americans often do things a little differently from the rest of the world. We measure differently (imperial vs. metric), write the date differently (month-day-year vs. day-month-year) and fill our cups with enormous amounts of ice (a less cost-effective but undeniably more enjoyable way to consume beverages).

We also celebrate workers and the labor movement on a completely different day from most of the rest of the world: Labor Day vs. May Day. That is particularly strange considering both days started right here in the United States. So how did one spread elsewhere while the other became a federal holiday here?

Labor Day came first, but its origins are contested, according to a widely cited 1982 paper by Theodore Watts. Some say it was the brainchild of a respected union leader, Peter McGuire, at an 1882 meeting of the New York Central Labor Union. Others credit Mathew Maguire, also a respected union leader and member of the New York Central Labor Union but with a reputation for radicalism. Watts and others suggest that after Labor Day became a big deal, union brass credited McGuire instead of Maguire in the origin story to keep any hints of radicalism at bay.

In any case, someone suggested a parade and picnic to celebrate workers and unions at a meeting in New York in 1882. Tickets to march were sold to male union members for 25 cents each, while women and children marched for free. Though the event was planned mostly by Irish immigrants, ads were translated into German. Alcohol was banned.

It was scheduled for Sept. 5, a Tuesday, meaning most of the demonstrators were skipping work. Divisions came from Jersey City, Brooklyn, Harlem and other areas, and they gathered on Canal Street. More than 20,000 people marched up Broadway to Bryant Park, a little under 3 miles, holding banners and singing songs about the eight-hour workday and other union demands.

Afterward, marchers went to a picnic at Wendel’s Elm Park, a private park on the Upper West Side of Manhattan. There were even more people and more unions there at the picnic. There were 15 daily newspapers in the city at the time, and their coverage of the event was mostly glowing. It went so well that organizers decided they would do it again the next September. Within a few years, it had spread to other states and cities and was moved to the first Monday in September.

Now about May Day. There already was a holiday on the first of May with ancient origins — think flower crowns and maypoles — but national labor organizers did not have that in mind in 1884 when they set May 1, 1886, as a deadline for businesses to grant their workers an eight-hour workday. As the day approached, unions across the country prepared for a general strike. That day, somewhere between 300,000 and 500,000 workers struck nationwide.

In Chicago, the strikers tended to be more radical socialists and anarchists, and their protests continued after others had gone home. On May 3, police shot into a crowd of strikers, killing two. Outraged, people gathered at Haymarket Square the next day, and in the ensuing riot, 12 people were killed, eight of them police officers.

The next year, unions held a commemoration of the Haymarket events on May 1, and by 1889, the Second International — a worldwide conference of socialists — declared it International Workers Day, though it is mostly called May Day.

May Day and Labor Day were honored in the United States by various labor groups for years, though the former had a reputation for being more political, more radical and less merry than the latter. For that reason, Labor Day was always more popular with lawmakers, and more than 20 states had made it a state holiday by 1894.

Making it a federal holiday was not high on the list for President Grover Cleveland. In 1894, he was focused on the recession and kicking around the idea of running for a third term. And then there was the headache of the Pullman Strike, a long and bitter strike centered in Chicago and threatening the nation’s already battered economy.

As Cleveland prepared to clamp down on the strikers, he pushed a Labor Day bill through Congress and signed it on June 28. Most historians agree it was largely an attempt to concede something to the labor movement while blunting the power of the more radical May Day crowd.

A few days later, Cleveland ordered federal troops to Chicago as the strikers grew violent. On July 17, National Guard troops fired into the crowd, killing as many as 30 people. When the first federally recognized Labor Day rolled around that September, workers and labor unions were not assuaged. Only federal workers got the day off.