Military-themed beer company hits it big in Walmart ‘Open Call’ competition: ‘I knew it would be huge’ 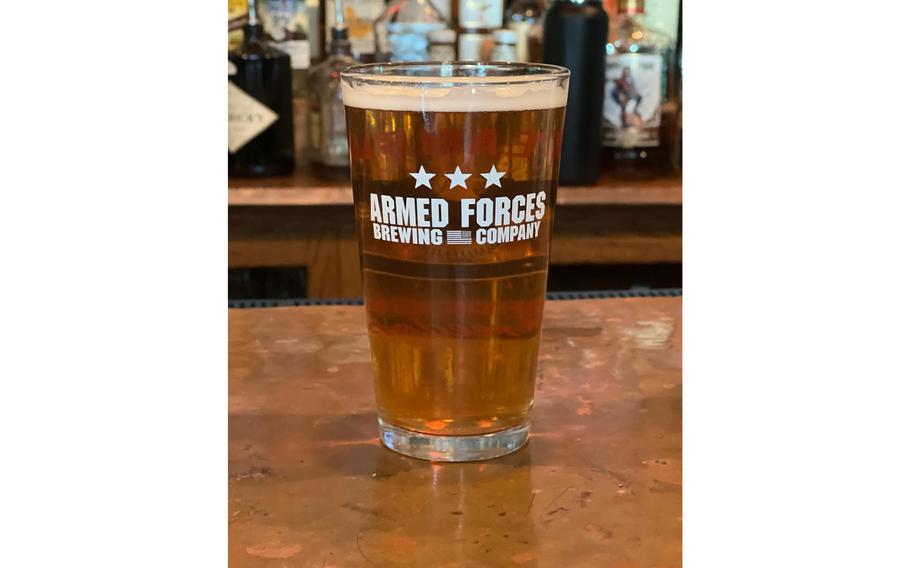 (Tribune News Service) — While driving through Annapolis and seeing the Naval Academy for the first time, businessman Alan Beal had an idea to create a beer specifically for service members. Seven years later, that thought has turned into a growing business producing three beers that will soon be sold at a major nationwide retailer.

“I knew it would be huge,” said Beal, co-founder of what is now Armed Forces Brewing Company. “I saw the lightning and heard the thunder.”

Growing up in a military family in Nebraska and North Carolina, Beal always felt a sense of gratitude to the men and women who served at home and abroad. He himself didn’t choose that path but is very proud of all his family members who have.

“I have a grandfather who served in World War II. My dad was an officer in the Air Force and Air National Guard,” Beal said. “I have two uncles who were Marines, one of which was a Purple Heart recipient, and then I have another uncle and three cousins that went to West Point.

“And there’s more!” he said with a chuckle.

While many of his family members chose to serve the nation in some capacity, Beal, 57, sought to feed the nation’s appetite and go into the restaurant business. He has led several independent food and beverage groups in the Denver, Kansas City and Charlotte markets.

So when Beal met a couple of guys during a party in Washington D.C., who were looking to get into the craft beer industry, he was instantly interested.

Those two men were Gallaudet University graduates Jason Bailey and Amit Rupani. Bailey is a network systems engineer who works for the Department of Defense. He is an Armed Forces Brewing Company director instrumental in quality control. Rupani is an administrator of acquisitions and grants at the United States Geological Survey and company director. He also travels the country attending craft beer festivals, according to the Armed Forces Brewing Company website.

“Both my partners loved craft beer and wanted to start a Navy-specific craft beer brand,” Beal said. “With their knowledge of beer and my knowledge of the industry and connection to the military, it was a great fit.”

After Beal created branding for the new Seawolf Brewery and started sharing it on social media, he was overwhelmed by the feedback he received from people who wanted the beer.

“We debuted our first beer, Special Hops IPA during the Military Bowl in Dec. 28, 2017, here in Annapolis,” Beal said. “ Navy kicked the crap out of Virginia.”

Since then, what started as Seawolf Brewery has morphed into Armed Forces Brewing Company, so as not to overlook any branches of service.

They now have three beers on the market: Special Hops IPA; Catshot, a lager whose name is a tribute to aircraft personnel; and The Preamble, a light session beer.

That brings us to the present day. To keep up with demand, Beal and his team entered their company into Walmart’s Open Call business sourcing competition, which is similar to Shark Tank.

This year, finalists representing all 50 states and the District of Columbia pitched products for consideration through 30-minute one-on-one virtual and in-person meetings at Walmart’s headquarters.

“We’re excited that more and more shelf-ready products at strong price points are being produced in the U.S., like those at Armed Forces Brewing Co.,” said Felicia McCranie, Walmart’s director of corporate affairs.

Armed Forces Brewing plans to sell its beer in Walmart and HEB grocery stores, which are in Texas and Illinois, this year. But as the company grows, Beal said he is confident thanks to the team he has around him.

To help makes sure the company is supplying good beer, it has enlisted the help of brewmaster Bob Rupprecht from Carroll County. Rupprecht formerly worked with DuClaw Brewing Co. and has won the Maryland Governors Cup for Excellence in Craft Beer Brewing. Rupprecht serves as the chief brewing officer of Armed Forces Brewing.

The company has many military veterans on staff, including Director of Military Relations Robert O’Neill. O’Neill is one of the most highly decorated combat veterans of this era, serving as a combat leader for Seal Team 6.

One of Beal’s goals for the company is to be 70% veterans as a way to keep the brand strong and give back to those who’ve served. He believes this will be possible once the company has its own brewery with a sales team to bolster the 17 current team members.

Right now, it contracts with a brewing company, which takes the recipes created by Rupprecht to a brewery in Florida to produce the beers. Armed Forces Brewing is distributed in Texas, Maryland, Virginia and Rhode Island and is about to expand to Florida and Alabama.

To find a location where the beer can be purchased, go to www.armedforcesbrewing.com