Sonar showed what looked like a 50-foot shark nearing boat off New England; this is what experts found

(Tribune News Service) — Shark researchers are accustomed to surprises, but The Atlantic Shark Institute was taken off guard when something resembling an extinct megalodon shark appeared on sonar.

Megalodons were 50 feet in length and had teeth 7 inches long, making them “one of the largest carnivores, if not superpredators, that have ever lived.” The species vanished about 3.6 million years ago, experts say.

Still, a research team recently spotted something that looked amazingly like a megalodon while using a fish finder off the New England coast, the institute reports.

The image, which was shared Sept. 4 on Facebook, appeared to be a head-to-tail view, even showing a distinct dorsal fin.

It was tracked for several minutes — heading straight toward the boat, officials said.

“Does the Meg exist? ... Based on the length of the image we estimated the ‘Meg’ to be about 50 feet long, weighing in at 40 tons!” the institute wrote on Facebook.

“We waited for one of the rods to go off.”

What happened next was disappointing, at least from the perspective of shark researchers. The ghostly predator began to shape shift as it neared.

“The shape started to transition into a large school of Atlantic mackerel that hung around the boat for about 15 minutes. So close, but so far!” the institute reported.

“The Megalodon (Otodus megalodon), disappeared more than 3 million years ago and will likely stay that way, but, for a few minutes, we thought he had returned!”

Reaction to the post on Facebook included jokes, with some asking what type of fishing line one uses in anticipation of catching a 40-ton shark.

“If true, you would definitely ‘need a bigger boat’,“ one woman wrote, quoting a line from the iconic movie “Jaws.”

The Atlantic Shark Institute is based in Rhode Island and provides “support and resources to the most respected shark researchers working in the northwest Atlantic.” 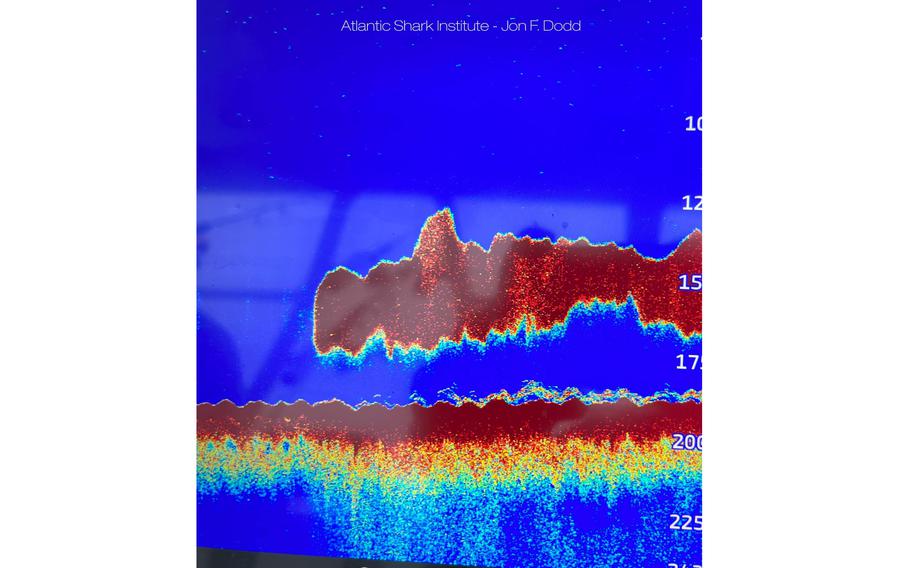