Trump legal team responds to DOJ, says storage of documents no ‘cause for alarm’ 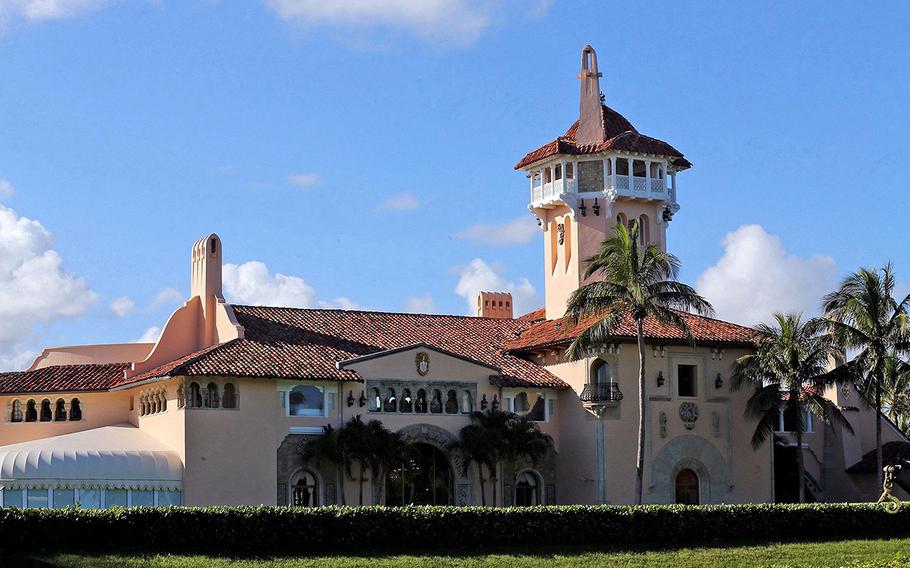 WASHINGTON (Tribune News Service) — The storage of sensitive government documents at former President Donald Trump’s Mar-a-Lago estate in Florida “should have never been cause for alarm,” his lawyers argued in a court filing Wednesday.

Last week, Trump requested a third-party special master to review materials taken from his Mar-a-Lago home in Palm Beach during a court-approved search in early August. His lawyers have argued that a special master is necessary to ensure the Justice Department returns any private or privileged documents seized during the search and that the department will “leak and publicize its probe.”

U.S. District Judge Aileen Cannon of the Southern District of Florida, who was appointed by Trump in 2020, has scheduled a hearing Thursday afternoon to hear their arguments.

FBI investigators are probing potential crimes, including violations of the Espionage Act and obstruction of justice, related to highly classified national security documents stored at Trump’s Palm Beach residence. On Aug. 8, FBI agents removed more than 100 documents containing classified information — including some marked top secret and meant to be available only in special government facilities — and 20 boxes of materials from Trump’s Mar-a-Lago estate.

Trump filed a request for a special master on Aug. 22, asking the judge to prevent the department from reviewing the items until a court-appointed third party looked at them.

The Justice Department has asked Cannon to reject Trump’s request, contending that a special master is normally only used when the home or property of an attorney is being searched. Department officials also argue that the request was made too late and is an attempt to disrupt the investigation. The information has already been reviewed by investigators, and a filter team has already removed information that could be subject to attorney-client privilege, the Justice Department wrote in its filing Tuesday.

Justice Department officials said in Tuesday’s filing that appointing a third-party special master would slow down the government’s investigation and the intelligence community’s efforts to determine whether the unsecured documents were accessed by people without the proper clearance.

Trump responded in a Truth Social post early Wednesday in which he questioned why the FBI took photos of the materials and included them in public court filings.

“Thought they wanted them kept Secret? Lucky I Declassified!” he said.

Trump and some of his allies have argued, without proof, that he declassified the information that was at Mar-a-Lago, but his lawyers have notably not made that argument in court, including in Wednesday’s filing. The Justice Department said repeatedly in Tuesday’s filing that Trump’s lawyers never attempted to claim he had declassified the information during months of conversations about retrieving classified information and that they treated the materials handed over to the FBI in June as if they were classified.

The Justice Department also noted that even if Trump declassified the information, it does not mean he had a legal right to take government property. All documents created for or by the president in the course of doing his job are presidential records and must be transferred to the National Archives for public use under the Presidential Records Act of 1978.