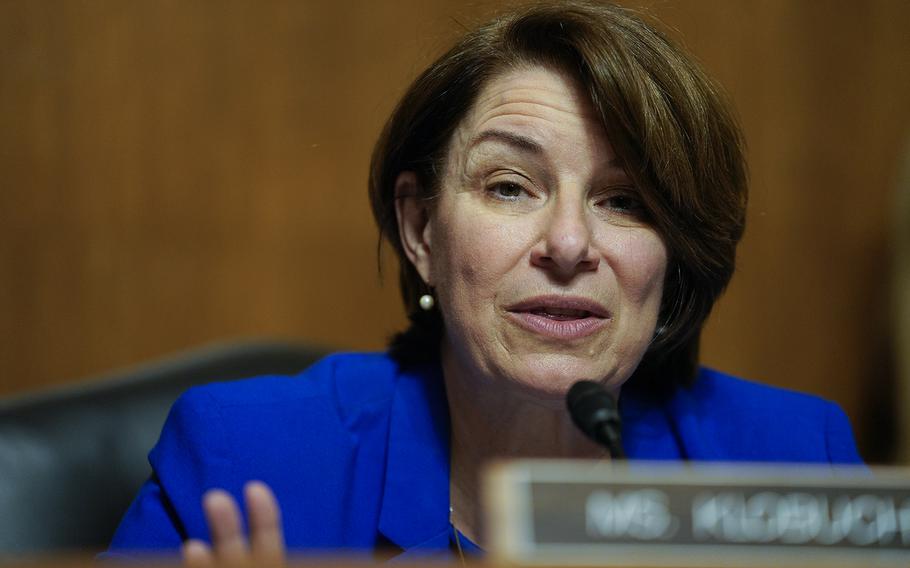 WASHINGTON (Tribune News Service) — A bipartisan pair of senators have raised concerns about lengthy work permit delays at a federal immigration agency, which they say have kept Ukrainian refugees and other constituents out of work for months and aggravated workforce shortages.

Sens. Amy Klobuchar, D-Minn., and Lisa Murkowski, R-Alaska, wrote U.S. Citizenship and Immigration Services about reports that thousands of Ukrainians who arrived in the U.S. in the spring following Russia's invasion are still waiting to receive their work authorization documents. Many of those Ukrainians are living in America under temporary humanitarian protections.

In a recent letter obtained by CQ Roll Call, the senators asked USCIS Director Ur Jaddou to describe the steps the agency is taking to address these delays and shorten processing times for work permit seekers.

They further asked how Congress could support the agency's efforts to speed up processing, and whether the largely paper-based USCIS had considered expanding electronic processing.

"These delays aren't just devastating to refugees who are eager to provide for themselves and their families, they're also a barrier to enriching their new communities with their skills and talents," Klobuchar and Murkowski wrote in the Aug. 22 letter, which has not yet been released publicly.

The senators added that, while they appreciate the Biden administration has set goals to take in more refugees, USCIS must also have the necessary resources to reduce backlogs and process work authorization requests for those refugees and others on humanitarian protections.

The duo also alluded to ongoing workforce shortages. According to Tuesday data released by the Bureau of Labor Statistics, there were roughly 11.2 million open jobs in the U.S. at the end of July, while only 6.4 million people were hired into new jobs that month.

These work permit delays are "all the more frustrating as businesses across the country continue to struggle to find the workers they need to operate," the senators wrote.

The letter marks the latest congressional outcry from Democrats and Republicans alike over growing delays at the beleaguered immigration agency.

USCIS' processing time for work permits and other types of visa requests have ballooned in recent years, following a monthslong shutdown at the beginning of the COVID-19 pandemic and then a hiring freeze.

But the delays also predate the onset of the COVID-19 pandemic. In 2019, during the Trump administration, a bipartisan group of more than three dozen senators — 19 Democrats and 19 Republicans — wrote agency leadership to raise concerns about reported delays and the business disruptions they cause.

A USCIS spokesperson said the agency responds to congressional correspondence through official channels. He also referred back to an earlier statement saying the agency "will continue to promote policies and procedures that break down barriers in the immigration system, reassert the nation's humanitarian values, and uphold America's promise as a nation of welcome and possibility with fairness, integrity, and respect for all we serve."