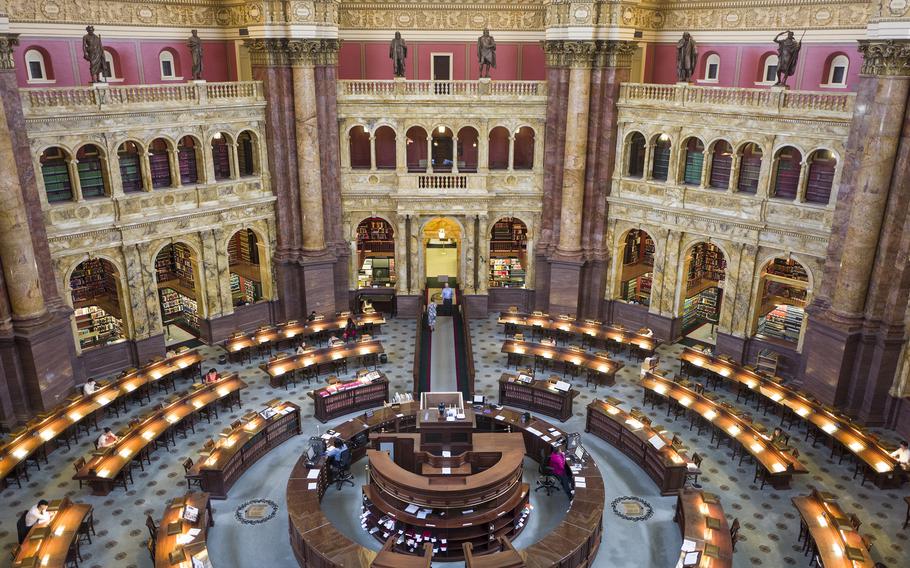 WASHINGTON — The inspector general at the Library of Congress is reviewing a whistleblower complaint that the library lacks the authority to advance a controversial proposal that will alter the ornate Main Reading Room in its historical Thomas Jefferson Building.

The library is proposing to remove the 16-foot-tall tower portion of the reading room's center desk and replace it with a window in the floor — what the library is calling an "oculus" — that will offer a view of the room's decorative dome to visitors looking up from a new orientation gallery on the floor below. The proposal is part of a $60 million makeover of the library, introduced in 2019, that they say would modernize and improve the visitor experience by increasing public access, displaying more of the library's treasures, and adding a learning center and orientation gallery. Pre-pandemic, the library attracted about 1.8 million visitors a year.

Special investigator Johnny Rivera interviewed Thomas Mann, the retired librarian who filed the complaint in April to halt the library's plan, Mann confirmed this week. The library's Office of the Inspector General did not respond to requests for comment.

The interview came on the heels of the D.C. Preservation League (DCPL) adding the Main Reading Room of the library's 1897 Beaux-Arts building to its list of Most Endangered Places. In its listing, the DCPL described the proposal as ill-advised and found it would "radically alter its original architecture in terms of its view, its function and its spatial relationships." The building was designated a National Historic Landmark in 1965.

Brett Zongker, the library's chief of media relations, described the DCPL's Most Endangered Places listing as full of inaccuracies and hyperbole, and criticized The Washington Post's interest in it. "We object to the limited focus on ginned up 'controversy' here and allowing a disgruntled former employee to drive misinformation through DCPL and define the Library's functions today," Zongker wrote in an email.

The D.C. Preservation League encouraged the public to contact Congress to voice their opinions of the plan; more than 300 emails were sent as a result, DCPL officials said. The listing prompted the union representing more 1,350 library employees to renew its opposition to a proposal that its leaders said would "mutilate" the national treasure.

"When we first encountered the proposed plan to remove the Center Desk in 2019, many staff members, including many within the Guild, assumed that the Architect of the Capitol would never approve this alteration because it so obviously disregards the ethics of historic preservation, as well as the specific laws they have voluntarily committed to uphold," the leaders of the American Federation of State, County and Municipal Employees (AFSCME) Local 2910 wrote on its website, under the headline "A National Treasure at Risk?" 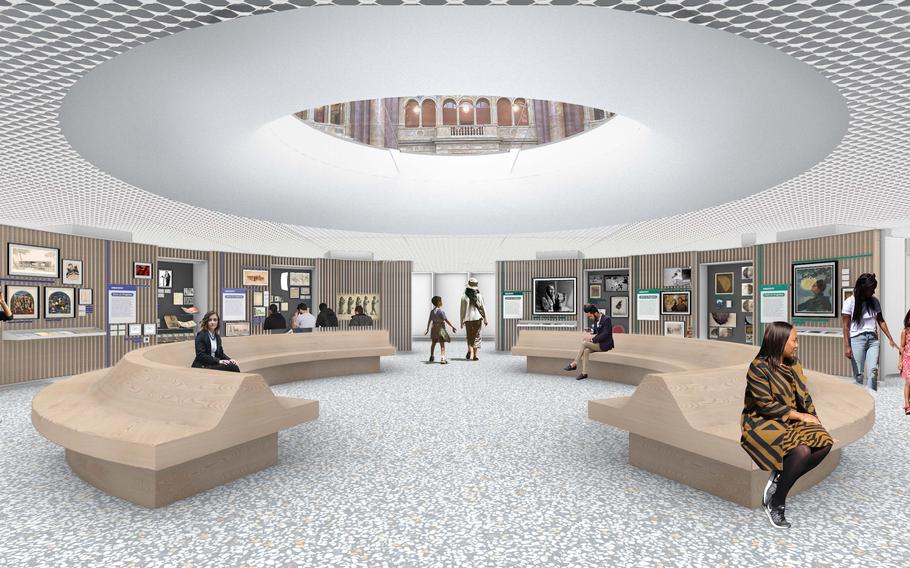 Principal Deputy Librarian of Congress Mark Sweeney said the larger project includes a 9,000-square-foot orientation center to display more of the library's collection, glass doors offering views of the reading room and the stacks, and an education center. The design phase is expected to conclude within months, with construction starting next year.

The oculus element is a compromise between increasing public access and maintaining its research function, he said.

"We want to provide a glimpse of what is above, a visual connection. I don't want a museum in the Main Reading Room. The oculus is the solution. It creates a stunning view into the Main Reading Room and would preserve the quiet research nature of the room," Sweeney said.

Most of the criticism of the project is the result of misrepresentation, Sweeney said, including in the DCPL listing. In a July 22 letter the library shared with The Post, Sweeney wrote to the preservation organization to correct the record. The library's plan does not put the needs of visitors ahead those of researchers, and the plan leaves the outer circulation desk in place, he wrote. The proposal will not damage the library's researcher services, nor will it affect the room's function because the delivery of materials no longer requires a central control room, Sweeney wrote.

The library plans to put the central tower, cabinet and staircase in storage "so it could be reinstalled in the future, if needed," officials said, adding that such an action "is a central tenant of preservation."

Sweeney noted the room has changed over the decades. The inner tower has been adapted as technology changed. The card catalogue was once located where desks are now. In the past, visitors were allowed to walk around the upper balconies. The removal of the inner desk and addition of the window is another example of change. The only "historic fabric" that will be lost is a 16-foot circle of cement flooring "that no one has seen since 1897," he said. "I don't think we are taking anything away. I think it's additive."

Visitors who have attended this summer's Thursday evening open houses in the Main Reading Room have been enthusiastic, Zongker added. "Awe-inspiring," "truly spectacular" and "marvelous" are some of the adjectives the library reports hearing from visitors who have been able to walk around the room. "Having the opportunity to enter the reading room was amazing. A bucket list moment," they say one visitor commented last month. This year about 9,500 people have visited the Main Reading Room when it was open on nine Thursday evenings, Presidents' Day and Memorial Day.

The DCPL and Mann say legal authority to alter the reading room rests with the architect of the Capitol and not with Librarian of Congress Carla Hayden. In a letter it sent to the library last week, DCPL quotes two 2019 memos from the architect's office that reveal the office withheld its approval of the oculus.

However, Merdon wrote that she "will defer to the Congress concerning the inclusion or omission of the oculus."

"This is important. The AOC wanted Congress to decide, and that is how we have proceeded," Zongker said, referring to the architect of the Capitol.

"For more than three years, the Library has worked with the Architect of the Capitol and Congress on all components of the Visitor Experience Master Plan, which includes the oculus," the library's Aug. 29 statement says. "As with any project of this magnitude, there have been issues that required resolution in order to move the project forward. Congress has approved and funded the oculus design. Oversight hearings have been open to the public, along with budget hearings. This is the process the Library must follow. The Architect of the Capitol's design team has worked closely with the Library and will take the lead on the contracting process required to implement the Jefferson Building construction components of the Visitor Engagement Master Plan."

Questions to J. Brett Blanton, the current architect of the Capitol, were directed to the library. The office declined to confirm that it has sole authority over the library's buildings, saying "2 U.S.C. §141 outlines the AOC's general responsibilities at the Library (the law was last amended in 2003 but the framework for the AOC's involvement goes back to at least 1922). There are also other governing statues and requirements that the agency follows."

The Committee on House Administration, which has oversight of the library, said the design and approval process is ongoing.

"We have long been supportive of the Library of Congress' goal to make the Main Reading Room, and the entire Library, more accessible to the American public," an aide to the committee wrote in an email to The Post on Aug. 29. "Congressional approval by the appropriate committees, including House Administration, is required for major changes at the Library. Improved accessibility may take many forms, and we look forward to continuing this conversation and reviewing the Library's latest draft plans."