Sen. Lindsey Graham warns of riots if Trump is prosecuted 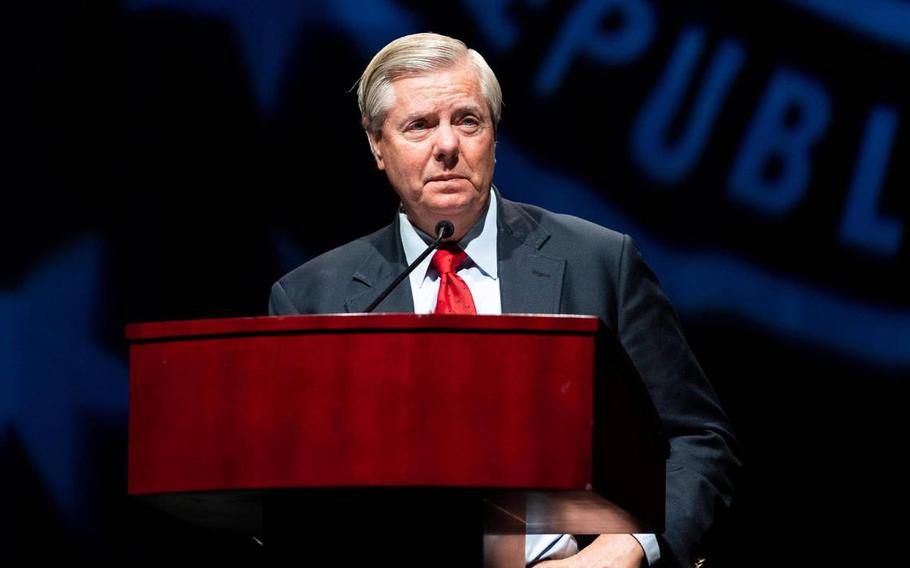 (Tribune News Service) — Sen. Lindsey Graham warned there “will be riots in the streets” if former President Donald Trump is indicted.

“If they tried to prosecute President Trump ... there literally will be riots in the street,” the South Carolina Republican said on Fox News. “I worry about the country.”

Despite mounting evidence against Trump, the senior GOP lawmaker said it’s an article of faith with most Republicans that liberal prosecutors are out to get the former president.

“Most Republicans, including me, believe when it comes to Trump, there is no law,” Graham said. “It’s all about getting him.”

Graham, like many top Republicans, briefly broke with Trump after the Jan. 6 storming of the Capitol. The sometimes golf buddy of Trump even said he was “done” with the former president.

But within weeks, Graham was making excuses for Trump’s misdeeds and effectively got back on the MAGA train.

Graham is now fighting a subpoena to testify before a Georgia grand jury about Trump’s effort to bully state officials into overturning his 2020 loss to President Joe Biden in the Peach State.

Graham has continued to defend Trump even after prosecutors found boxes of top-secret documents stashed at his Mar-a-Lago resort.

The FBI is probing Trump for improperly taking the documents when he left office and failing to return them even when given a subpoena.

Like some Republicans, Graham resorted to rehashing the Hillary Clinton email saga as a reason why Trump should be let off the hook for possible violations of the Espionage Act and obstructing justice.

“Hillary Clinton set up a server in her basement,” he said.

The Department of Justice also probed the former secretary of state and declined to prosecute her.