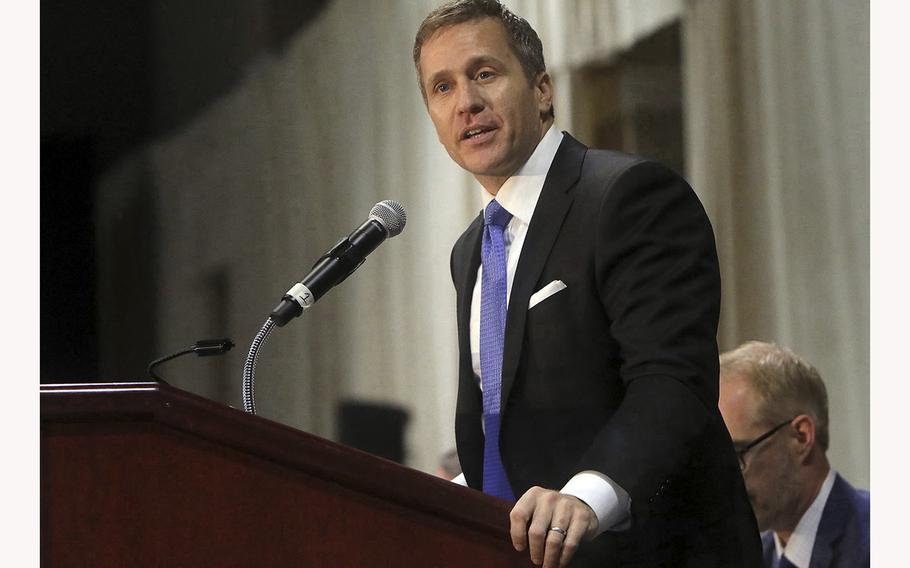 In a ruling signed by Chief Justice Paul C. Wilson, the high court found that Gardner violated the rules of professional conduct when she failed to disclose her handwritten notes to a judge and did not correct an investigator who made misstatements under oath.

Gardner's reprimand, the lowest form of punishment for a lawyer accused of professional misconduct, was expected. Chief Disciplinary Counsel Alan Pratzel recommended the punishment during Gardner's disciplinary hearing in April. Gardner will have to pay a $750 court fee, but will not be suspended or lose her law license.

Gardner, an advocate for police reform and first Black woman to hold the role, won election to a second term as St. Louis' prosecutor in 2020. A former Democratic state legislator, she has repeatedly clashed with Republican policymakers in Jefferson City during her tenure as circuit attorney.

The disciplinary case involves Gardner's handling of the 2018 investigation and prosecution of Greitens, the former Republican governor who faced allegations that in 2015 he took a nude photograph of a woman without her consent in attempt to blackmail her into silence about an affair, coerced her into oral sex and struck her.

At the crux of the case were five pages of handwritten notes that Gardner took while interviewing a woman who said she had a relationship with Greitens. Gardner said she mistakenly did not turn those notes over to Greitens' attorneys. In a joint agreement reached with Pratzel's office in April, Gardner admitted that she should have been more vigilant during the collection of evidence in the Greitens case and should have promptly disclosed all of her notes for a judge's review.

The ruling against Gardner came less than a month after Greitens lost in the Republican primary for Missouri's open U.S. Senate seat.

Greitens heavily promoted news coverage about Gardner's disciplinary case during the campaign. His campaign manager did not respond to a request for comment Tuesday.

Greitens was charged with felony invasion of privacy in the 2018 case. But Gardner dropped the case a day before it was set to go to trial after Greitens' attorneys accused Gardner and her lead investigator of concealing notes from an interview with Greitens' alleged victim.

William Tisaby, the former FBI agent who Gardner hired to investigate Greitens, pleaded guilty in March to a misdemeanor count of evidence tampering related to the prosecution.

During his Senate campaign, Greitens faced new allegations from his ex-wife Sheena Greitens that he was abusive to her and their children.

The allegations of abuse were made in a court filing during the former Missouri first couple's child custody dispute, where Sheena Greitens is seeking to move the case to Texas. A judge filed a judgment in the case on Friday, but has sealed it from public view.