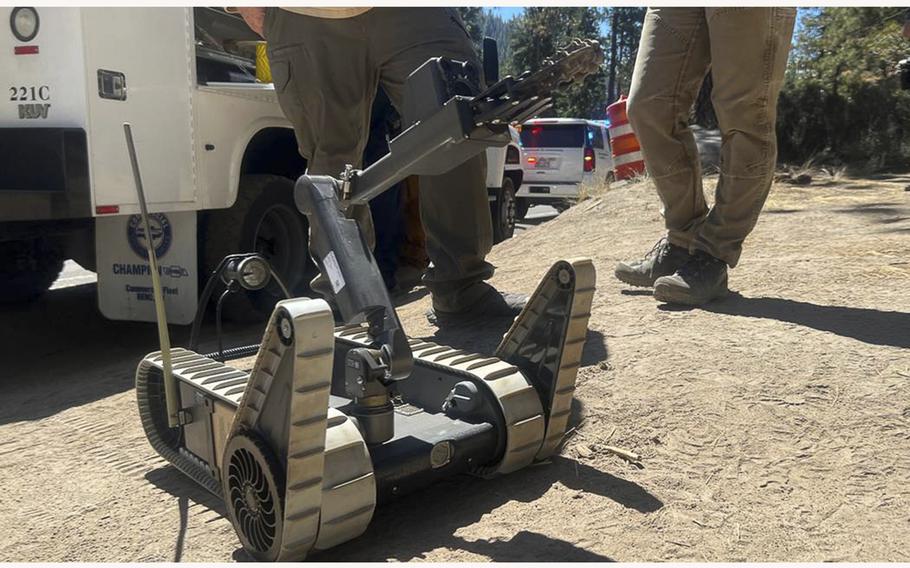 Deputies with the Washoe County Sheriff’s Office were alerted by a citizen shortly after 9:30 a.m. who told dispatchers they had discovered an apparent explosive along Highway 28, between the Thunderbird and Sand Harbor areas on the eastern shore of the lake, the Sheriff’s Office said in a news release.

Searching on foot, deputies “located the explosive among pine straw, rocks, and trees about 150 feet to the west of the highway.”

A multi-agency bomb squad responded to the scene and deployed a robot to retrieve the explosive.

“The explosive was detonated and rendered safe,” the Sheriff’s Office wrote. “The explosive appeared to be dynamite that was very old.”

No one was injured, and no other dangerous materials were located, authorities said.

Authorities closed Highway 28 to traffic as a precaution. The roadway remained shut down in both directions for about four hours, reopening around 3:30 p.m.

The sheriff’s offices of Douglas and Washoe counties, Nevada Highway Patrol, FBI, park rangers and local fire departments all took part in the response and investigation, according to the Washoe County Sheriff’s Office news release.