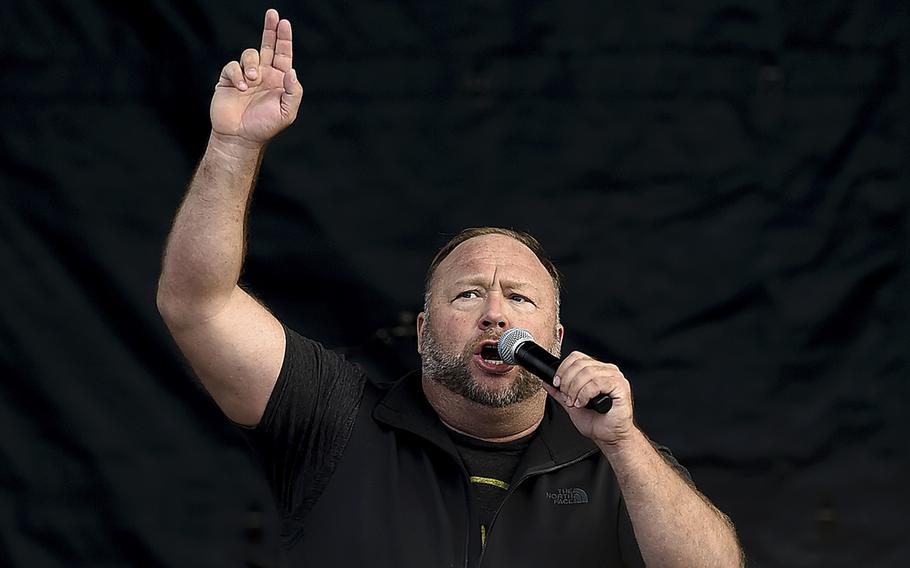 (Tribune News Service) — Alex Jones has agreed to allow the company behind his Infowars website to participate in his Connecticut defamation case, meaning both will be on trial in Waterbury, Connecticut, in September to decide what they should pay in damages for their claims that the Sandy Hook school shootings were a hoax.

Jones' wholly owned Free Speech Systems told a Texas bankruptcy court Monday that it no longer opposes the Connecticut trial, effectively removing itself from bankruptcy court protection. The company, with Jones, will be exposed to tens of millions of dollars in damages to relatives of Sandy Hook victims at the trial, tentatively scheduled for Sept. 13.

Jones threw the Connecticut trial schedule into turmoil when he put Free Speech Systems into federal bankruptcy on July 29, a filing that indefinitely stops all related litigation in state courts.

Jones allowed a Texas defamation suit to proceed and earlier this month the jury awarded about $49 million to a Sandy Hook family who sued there.

In Connecticut, where the bankruptcy filing came as jury selection was to begin, Judge Barbara Bellis ordered the damages trial to proceed against Jones alone, who did not file for bankruptcy. Some legal analysts suspect Jones' decision to allow Free Speech Systems to participate in the Connecticut case is strategic, in that it will permit him to make a stronger defense.

As of Monday night, six jurors and one alternate had been selected for the Waterbury damages trial. Bellis has instructed the lawyers to agree on three more alternate jurors.

As part of the agreement in the Texas bankruptcy hearing Monday, Free Speech Systems said it accepts the juror who had been seated so far on the assumption they would be hearing a damages case only against Jones.