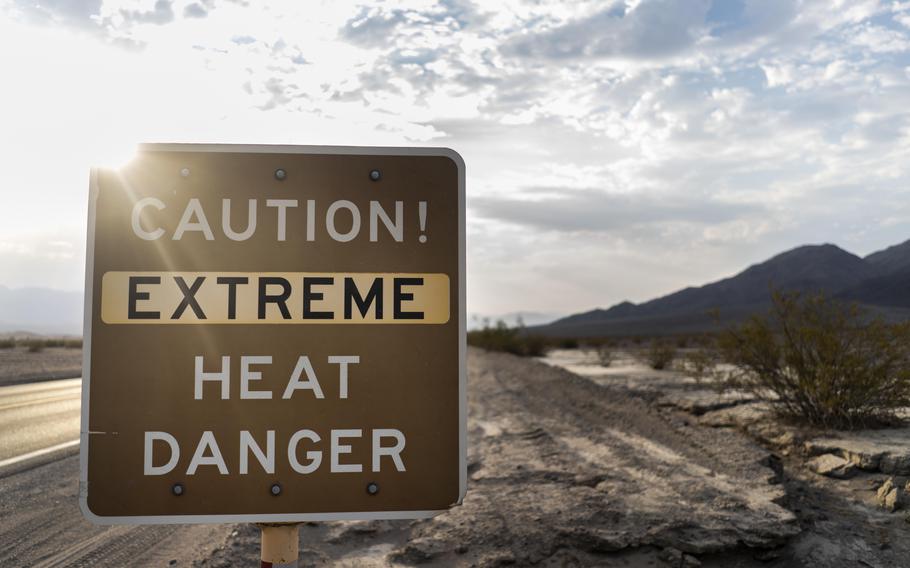 With its sweltering deserts and frigid northern plains, the United States features some of the world’s most extreme weather.

Every day, the National Weather Service publishes the highest and lowest temperatures recorded at reliable weather stations in the Lower 48 states.

An analysis of more than a decade of this data reveals the nation’s most exceptional temperatures range from a scorching 130 degrees in Death Valley, Calif., to a numbing minus-56 degrees in Cotton, Minn.

The highest highs and lowest lows across the United States generally occur where they do because of a combination of weather patterns, the sun angle and local topography.

The highest maximum temperature measured between December 2011 and July 2022 was a sweltering 130 degrees, recorded on Aug. 16, 2020, and again on July 7, 2021. Both were recorded in Death Valley National Park, a barren and low-lying strip of desert surrounded on all sides by tall mountains.

The unusual topography of the park, which is the lowest point in the United States, promotes extreme heat. The weather station there holds the official but controversial record for the highest temperature ever recorded on Earth’s surface of 134 degrees.

The lowest temperature in the 10-year period, meanwhile, was a frigid minus-56 degrees in Cotton, Minn., on Jan. 31, 2019. The town, about 31 miles northwest of Duluth, was at the epicenter of the severe cold air outbreak that struck much of the central United States that week, during one of the most extreme periods of cold to impact the Midwest in decades.

The most extreme days

Oct. 30, 2019, featured the decade’s coldest extremes. The average of warmest highest and coldest low on the day before Halloween is 49.5 degrees but, that day, the average was just 24.5 degrees, which was 25 degrees below normal.

The chill of that late October day was the fault of a slug of frigid air that slid along the Rockies, bringing a minimum temperature of minus-46 degrees to the notoriously cold valley in Utah known as Peter Sinks. It was the coldest October low nationwide in the past decade by 11 degrees.

The daily coldest and warmest temperatures recorded in the United States are almost always west of the Mississippi, according to National Weather Service data.

Colorado was the state most likely to see the coldest minimum daily temperatures in the summer, registering the coldest low temperatures more than 600 times. The other states which most frequently posted the nation’s coldest summer temperatures were Montana, Wyoming, Minnesota and Idaho, in that order.

The highest maximum temperatures concentrated in just a few states. The clear winner in this regard is California, with Death Valley responsible for a majority of the state’s hot weather extremes. Texas, Florida and Arizona also each recorded significant numbers of the highest daily recorded temperatures in the United States.

One unexpected facet of the data was a nationwide high in Massachusetts, on April 16, 2012, when the town of Westfield reached 93 degrees ahead of a powerful cold front. The exceptional New England heat coincided with the Boston Marathon, making for one of the hottest races in the city’s history.

Another interesting feature in this data is that California had the Lower 48’s highest and lowest temperature 195 times. Most recently, on June 29, Death Valley soared to 119 degrees, while Bodie, a former gold-mining town near the Nevada border, saw its temperature plummet to a nationwide low of 26 degrees.