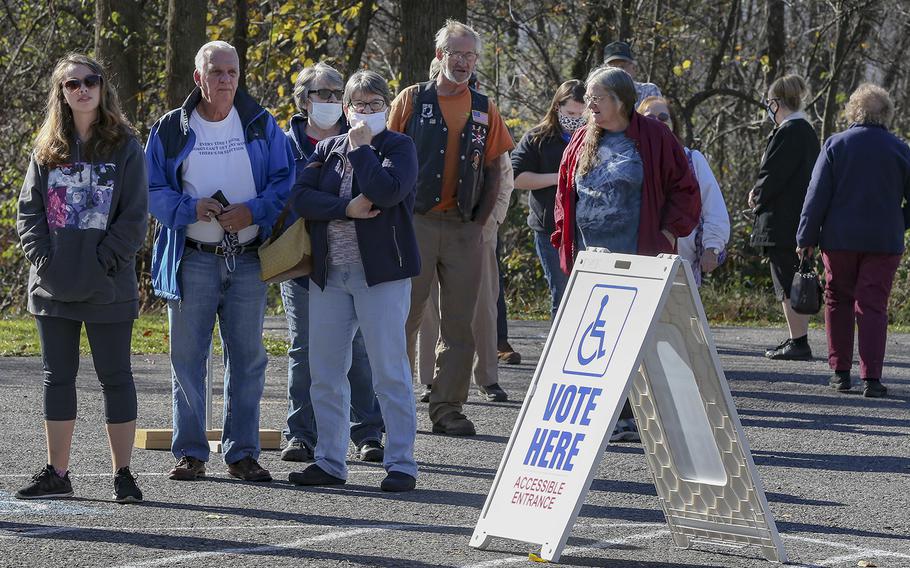 PHILADELPHIA (Tribune News Service) — Green Party candidates seeking spots on the statewide ballot in November received a boost this summer from a group of Philadelphia-area Republicans, including one with a problematic history when it comes to elections.

Billy Lanzilotti — a 24-year-old former South Philadelphia ward leader ousted earlier this year after The Philadelphia Inquirer reported he'd diverted the mail ballots of dozens of primary voters to a P.O. Box he controlled — was among a group of six GOP members circulating nominating petitions for Green Party candidates in the races for governor, lieutenant governor, and the U.S. Senate, according to public documents.

The goal? Gathering enough signatures to put those candidates on the ballot this fall in hopes they will draw votes away from the Democratic nominees.

Green Party officials say an organized Republican effort to assist their candidates is news to them.

Lanzilotti's involvement is notable, given his role in the possible ballot harvesting scheme this spring — still under review by the Philadelphia District Attorney's Office — in which several Republican voters accused him of submitting mail ballot applications in their names and without their knowledge during the primary election.

His work boosting the Green Party underscores that while it's not uncommon for Democrats or Republicans to assist third-party candidates in hopes of hurting their rivals' electoral odds, those efforts are rarely sanctioned by the party and instead are carried out by the kind of street-level operatives party officials often don't want to be associated with.

"It's problematic," said Vince Fenerty, chair of the Republican City Committee in Philadelphia, maintaining that the official party apparatus was "absolutely not" involved in the effort and that any Republican ward leader or committee member who did participate could face disciplinary action.

In Lanzilotti's case, his fellow Philadelphia GOP ward leaders already voted in May to oust him from the City Committee and bar him from holding future party office over the ballot harvesting allegations. He later refused to testify about them after being subpoenaed at a city hearing on the issue. He invoked his Fifth Amendment right against self-incrimination instead.

Lanzilotti did not return multiple calls, text messages, and emails seeking comment on his work circulating Green Party nominating petitions. But his lawyer, A. Charles Peruto Jr., maintained that Lanzilotti had done nothing wrong — either with the mail ballot applications this spring or in gathering signatures for the Green Party this summer.

"I don't believe I signed anything like that — no definitely not within the last month," said Taylor Hawkins, a 26-year-old registered Democrat. She added she's never heard of Lanzilotti and was certain no one asked her to sign a petition in support of the Green Party.

Others — like Andrew Zanghi, 22, a registered Republican in South Philadelphia — said Lanzilotti told them their signatures would help Republicans in the November election. But he didn't explain that the documents they were signing would support the Green Party, a left-wing party whose platform includes causes like environmentalism and social justice. Most of Lanzilotti's signatures came from registered Republicans, primarily in South Philadelphia.

"I wasn't really sure what it was for," Zanghi said. "I don't get into politics."

To land on the ballot in November, the Green Party needed to collect 5,000 signatures on nominating petitions for its gubernatorial and U.S. Senate candidates — Christina "PK" DeGiulio and Richard Weiss — and 2,500 for their candidate for lieutenant governor, Michael Bagdes Canning.

But the origins of the assistance they received from Republican operatives in Philly remain unclear — as does how exactly Lanzilotti became involved in the effort. Almost everyone who participated did not respond to multiple requests for comment over the last two weeks.

Jay Ting Walker, cochair of the Green Party in Pennsylvania, said the party relied primarily on volunteer circulators from within its ranks to gather the signatures needed by their candidates.

As for the Republican involvement? "This is news to me," Walker said.

And yet, five of the 24 people who circulated Green Party petitions in Philadelphia were registered as Republicans. All of them, including Lanzilotti, appear to have been working in concert.

The Inquirer obtained an Aug. 1 email written by one of the people behind the effort — Bucks County GOP strategist John Adamson — and addressed to many of the Philadelphia Republicans whose names appear as circulators on the Green Party's petitions. It thanked them for their work and provided them with instruction on contacting Republican operative Tom Stoner, of Philadelphia, to get paid.

"Our country needs more patriots like you," Adamson wrote in the message.

Adamson did not return requests for comment over the last two weeks. And few of the recipients of his email were eager to discuss their involvement in the effort, either.

Stoner did not return phone calls. Andy Gentsch, a GOP ward leader in West Philadelphia, immediately hung up the phone after a reporter identified why he was calling. (Despite appearing on Adamson's email, he was ultimately not among those who submitted signed petitions for the Green Party candidates.)

Michael J. McLaughlin — the Republican chairman for the Fifth Ward in Center City — initially said he didn't recall the petitions he circulated for the Green Party last month. He only acknowledged his role after he was confronted with the petition bearing his signature as its circulator and the Aug. 1 email from Adamson sent to his email address.

He still declined to discuss the matter. "It's not interesting to me," he said.

Only one of the recipients of Adamson's email — and the only Democrat on the list — agreed to discuss her involvement, but only on the condition of anonymity, citing an unspecified legal matter.

The woman — a community organizer from the 35th Ward in Northeast Philadelphia — said Adamson approached her at a music festival this summer and asked if she'd circulate a Green Party petition at the event. His intent in recruiting her was clear, she said: to put the Greens on the ballot in hopes of siphoning votes away from Democratic candidates.

She described the Green Party's candidates as "nobodies who have no shot."

"People were asking me, 'Who the hell are these people? I've never heard of them," she said, recalling questions she received from the nearly 80 people who signed the petition she circulated. "I just said, 'I don't know who the hell they are. Just sign this.' … Let's face it, we have a lot of very, very stupid constituents out there."

She said she agreed to help the Republican effort because she didn't believe they'd succeed in drawing votes away from the Democrats she supports.

The same can't be said for the Republicans involved.

The Republican City Committee's bylaws bar members from directly or indirectly supporting candidates on opposing tickets. And leaders of the local party have questioned whether officials who circulated or signed Green Party nominating petitions violated those rules — even if their ultimate goal was to help the GOP.

Lanzilotti no longer holds a party position after he was ousted from leading the 39th Ward in South Philadelphia this spring. But others involved — like McLaughlin, the Fifth Ward chairman — may have jeopardized their positions by circulating the Green Party petitions, said Fenerty, the Republican City Committee chair.

Even some of the Republican City Committee officials who merely signed the petitions weren't eager to admit it.

Rick Lees, a GOP committeeperson from South Philadelphia who signed the petition Lanzilotti circulated, said he'd signed because he supports the Green Party and that he plans to vote for their candidates in the fall.

When asked how he squared that with his elected position within the Republican Party, Lees hung up the phone.

But at least one Republican ward leader had no regrets about his small role in helping the Green Party land on November's ballot. Matt Wolfe, a Republican ward leader in West Philadelphia said he didn't circulate nominating petitions but signed one at a house party he threw in July after McLaughlin approached him.

"I was eager to sign it because I thought there was an advantage (in) having Green Party candidates on the ballot for the Republican candidates I support," Wolfe said. "This is a little game we all play."