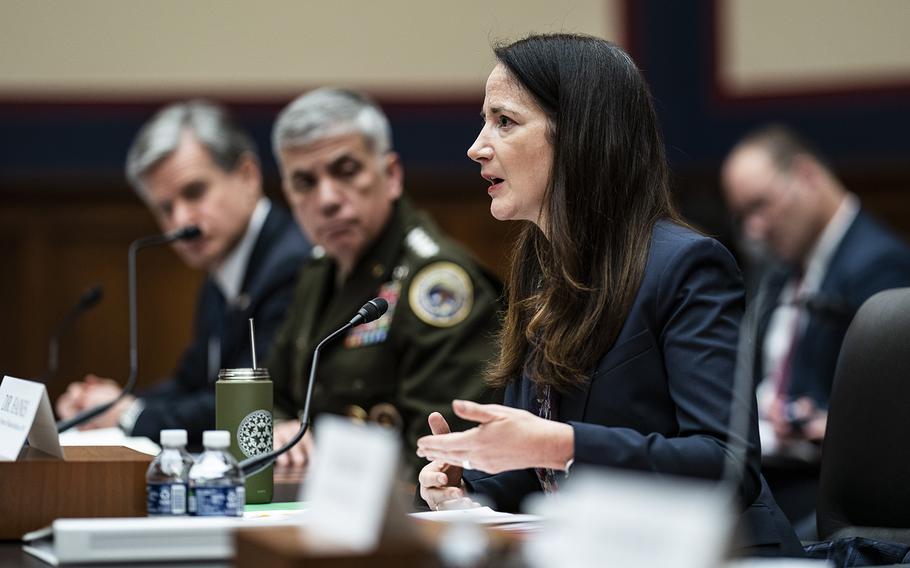 In a letter to House Democrats dated Friday, Avril Haines, the director of national intelligence, said intelligence analysts and Justice Department officials are also undertaking a classification review of the material, which included 11 sets of classified documents, several of them categorized as top secret.

Haines said the review would include an "assessment of the potential risk to national security that would result from the disclosure of the relevant documents" that the former president had kept in his private possession since leaving the White House in January 2021.

The FBI searched Trump's Mar-a-Lago home on Aug. 8 after reviewing 184 classified documents that had been kept there, according to a heavily redacted search warrant affidavit that was unsealed Friday.

The office will work with Justice officials to ensure the assessment is "conducted in a manner that does not unduly interfere with DOJ's ongoing criminal investigation," Haines wrote in the letter, addressed to Rep. Carolyn Maloney, D-N.Y., chair of the House Oversight and Reform Committee, and Rep. Adam Schiff, D-Calif., chairman of Permanent Select Committee on Intelligence.

The Washington Post on Saturday obtained a copy of the correspondence, which was first reported by Politico. A bipartisan group of senators on the Senate Intelligence Committee, who have also requested a national security review, received a similar response from Haines, a committee aide confirmed Saturday.

The letter was sent in response to a request on Aug. 13 from Maloney and Schiff to Haines asking that her office carry out a security review of the material.

"We are pleased that in response to our inquiry, Director Haines has confirmed that the Intelligence Community and Department of Justice are assessing the damage caused by the improper storage of classified documents at Mar-a-Lago," Schiff and Maloney said in a joint statement. They added that it was "critical" that the intelligence community "move swiftly to assess and, if necessary, to mitigate the damage done - a process that should proceed in parallel with DOJ's criminal investigation."

Justice officials suggested in the recently released affidavit that if some of the classified documents voluntarily returned from Mar-a-Lago to the National Archives and Records Administration in January had fallen into the wrong hands, they could have revealed sensitive details about human intelligence sources or how spy agencies intercept the electronic communications of foreign targets.

Over the spring and summer, the recently released affidavit states, the FBI came to suspect that Trump and his team were hiding the fact that he still had more classified documents at Mar-a-Lago, leading agents to want to conduct a search of the property.