Vietnam veteran headed to Ukraine on a mission of mercy 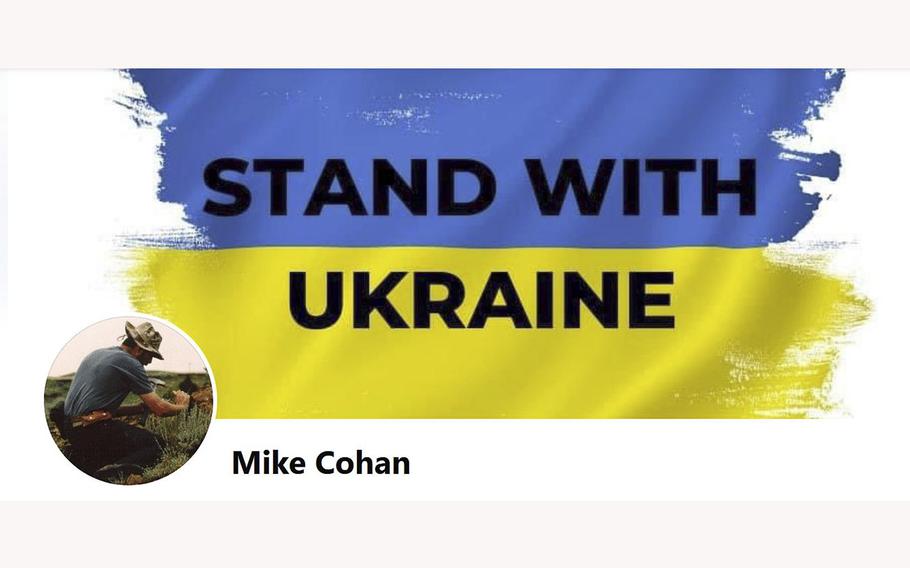 (Tribune News Service) — A call to service has led Libby resident Mike Cohan to the Ukraine at an age when many are enjoying retirement.

Cohan, 74, was expected to arrive in Ukraine on Thursday to help train citizens of the war-torn country in medical techniques as it faces a continued invasion by the Russian Army.

Cohan, a Vietnam veteran who is a diabetic, has suffered two heart attacks, and has an artificial left leg, is still extremely enthusiastic about his latest mission.

“My brain and my hands still work and I can still teach their young men how to help save lives,” Cohan said.

Cohan first served his country for several years as a medic in the U.S. Army in the 101st Airborne Division.

Later, the Pennsylvania native was a volunteer for the American Red Cross when he ended up in Johnstown where a foot of rain fell in 24 hours on July 19, 1977, and led to historic flooding that killed 84 people and caused more than $300 million in damages.

Despite the tragedy, Cohan’s time in Johnstown left him with fond memories of the Ukrainian people he met.

“We had set up an aid station at a Ukrainian Orthodox Church and the ladies there brought us food for four straight days,” Cohan said. “Despite all the work we were doing, I think I gained weight while I was there,” Cohan said with a small smile. “The last thing you wanted to do was insult them by not eating their food.”

“My roommate’s father joined the German military under Hitler because of his country’s hatred for Russia after its government-caused famine in 1932,” Cohan said. “His father ended up on a death list because he served in the German military, but fortunately his father made it to the U.S. and my roommate was born here.”

The famine Cohan spoke of is known as the Holodomor, or the Terror Famine. According to a story in The Atlantic, four million Ukrainians died of hunger because they had been deliberately deprived of food under orders from Soviet Communist Party Dictator Joseph Stalin.

Cohan, as so many Americans were, was distraught at the images that he saw while watching footage of the latest atrocity brought by Russian forces against Ukraine.

“I saw a TV interview where a woman was concerned about the world moving on and ignoring what was happening in her country,” Cohan said. “Later I saw a Ukrainian medic on a Facebook video and knew he didn’t really know what to do for a wounded soldier. I didn’t blame them, they just didn’t know.”

That video was the last straw for Cohan who made the decision to see if he could get to the country to offer help.

Through Facebook, Cohan contacted a colonel in the Ukraine Army.

“He was really excited,” Cohan said.

Cohan learned it would take him several months to make it to the Ukraine after getting his passport. It was time he didn’t feel he could afford with people dying in a war.

“I may not have known them, but I considered them my brothers and sisters,” Cohan said.

The colonel in the Ukrainian Army worked with his contacts in the U.S. and they told Cohan to call U.S. Rep. Matt Rosendale’s office.

“A staff member in Rosendale’s office, Kelly Cotton, got it set up for me,” Cohan said.

Cohan’s journey to a land more than 5,000 miles from Libby began just past midnight on Tuesday. He boarded the train here and traveled to Spokane, Washington. From there a plane took him to Portland and then he had a direct flight to Frankfurt and from there to Warsaw.

Cohan then got on a train that would take him to the Poland/ Ukraine border on Aug. 25.

Cohan said his wife Pat, an Emergency Room nurse at Cabinet Peaks Medical Center, wasn’t too thrilled with his idea.

“She had a hard time with it, but she understands that in my head, I am a soldier,” Cohan said.

Cohan said is unconcerned about the possibility of death.

“I shall not be facing any real danger. They will not let me go near to the fighting and my chances of being killed by a Russian rocket are less than being struck by lightning. I am in more danger driving to WalMart than I shall be in Ukraine,” Cohan wrote in a recent Facebook post. “You already know how I feel about the barbarian invasion of Ukraine and my respect and admiration for the Ukrainian people and their fine soldiers.”

Cohan is buoyed by the community support he has received, including from Cabinet Peaks’ Dr. Glenne Gunther.

“She has been very supportive of me. She’s given me supplies and a year’s worth of medication,” Cohan said.

Cohan’s goal is to pass on the knowledge that was shared with him decades ago.

“I believe I can do what I need to do in about a year and eventually make some of them teachers,” he said.

Visit The Western News at www.thewesternnews.com