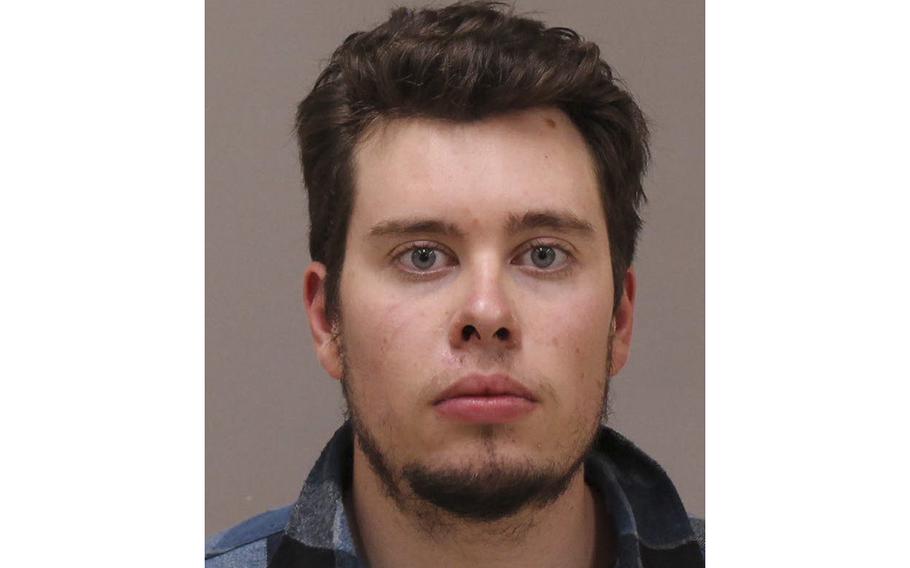 DETROIT (Tribune News Service) — Federal prosecutors said Wednesday they want to shave three years off the prison sentence of a man convicted of plotting to kidnap Gov. Gretchen Whitmer because he helped secure the convictions of co-conspirators.

The request to reduce the sentence of Hartland Township resident Ty Garbin comes one day after jurors convicted kidnap plot ringleaders Adam Fox and Barry Croft, who face potential sentences of life in prison when sentenced in December.

Garbin, 26, testified against them twice and cooperated with grand jury investigations and is expected to testify during ongoing criminal cases against eight others facing charges in state courts.

He was sentenced to 75 months in prison one year ago after pleading guilty to kidnapping conspiracy and has been shuffled among county jails since then while cooperating with federal prosecutors.

“Garbin provided significant assistance leading to the convictions of Fox and Croft,” Assistant U.S. Attorney Nils Kessler wrote in a court filing. “He remained forthright in admitting his part in the conspiracy, and did not minimize his culpability.”

Garbin is one of four people convicted in the kidnapping plot. Waterford Township resident Kaleb Franks admitted in February that he plotted to kidnap Whitmer.

Franks also testified against Fox and Croft and is awaiting a prison sentence.

When he was sentenced last year, Garbin apologized to his family and to Whitmer for causing them distress since he was arrested by the FBI in October 2020.

“I can’t even begin to imagine the amount of stress and fear her family members felt due to my actions,” he said. “And for that I am truly sorry.”

Before his arrest, attorneys said Garbin had a clean criminal history and endured an abusive upbringing.

“Garbin continues to serve his sentence under a substantial risk of retaliation, particularly from inmates sympathetic to Fox and Croft’s terrorist ideology,” Kessler wrote. “Garbin’s assistance has been remarkable for its timeliness, its duration, and the personal risk he assumed to fulfill his obligations under his plea agreement.”

Authorities said the kidnapping plot was the culmination of months of disgust about government, especially Whitmer’s stay-home orders and other restrictions during the early months of the COVID-19 pandemic.

“This shows that people will be held accountable,” Whitmer said during a public appearance Wednesday. “We settle our differences at the ballot box and then we move forward. And I think yesterday’s conclusion of the trial was a just result.”

But the retrial exposed some potentially troubling signs for the government if the convictions get appealed as expected, legal experts told The Detroit News.