Trump's secret papers and the 'myth' of presidential security clearance 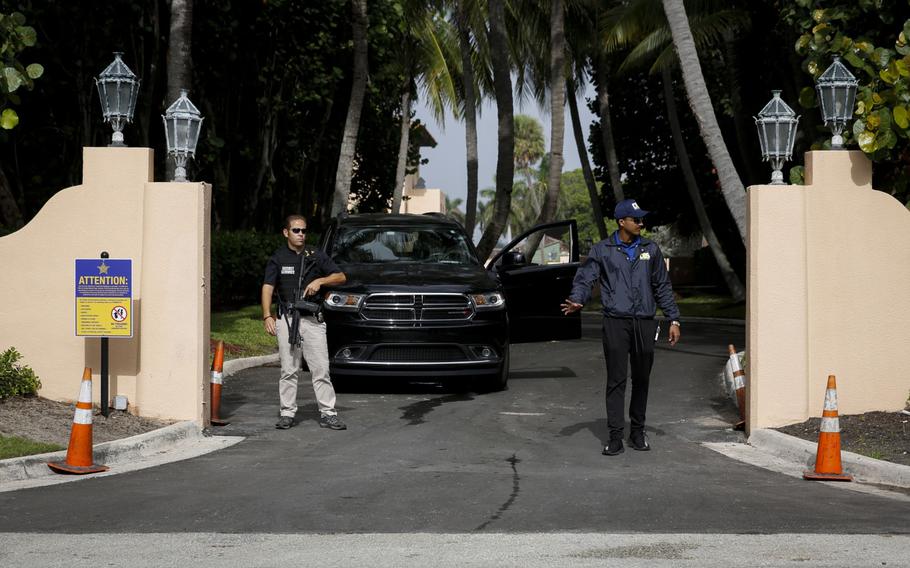 Prosecutors scrutinizing Donald Trump for possible mishandling of classified information will have to do so without a key legal and factual element that has long been a staple of such cases, according to intelligence experts. That's because, unlike the vast majority of federal workers who access secret information, presidents are not made to sign paperwork on classified documents as part of their joining or leaving the government.

Typically, when a person gets access to restricted information, they are "read in" — a process that includes signing documents at the outset, in which they acknowledge the legal requirements to not share information on sensitive programs with unauthorized people or keep classified documents in unauthorized places. When they leave such jobs, they are "read out," again acknowledging in writing their legal responsibilities and declaring that they do not have any classified documents in their possession.

David Priess, a former CIA officer who is publisher of Lawfare, a national security website and podcast producer, said presidents are not read out of classified programs when they leave office. That, he said, "is because presidents are not formally read in."

Said Priess: "There's a myth out there that presidents have a formal security clearance. They don't."

The "commander in chief has the ability to classify or declassify documents," Priess said, by virtue of having been elected president by the American people. "A former president might receive access to limited classified material after leaving office to assist with writing memoirs or at the discretion of the current president, but a formal security clearance isn't involved."

In past classified mishandling cases involving non-presidents, the formal paperwork of being read in and out of classified matters has been an important part of the investigation. When former general and CIA director David Petraeus pleaded guilty in 2015 to a misdemeanor charge of mishandling classified information, for example, the court papers stated that he had repeatedly signed documents saying that he would not improperly share or keep classified material.

Petraeus signed at least 14 such nondisclosure agreements over the course of his career in the military and intelligence work, including a declaration in 2006 that he "shall return all materials that may have come into my possession or for which I am responsible because of such access, upon demand by an authorized representative of the United States Government or upon the conclusion of my employment or other relationship with the United States Government."

That same declaration says Petraeus understood that if he did not return such materials upon request, that could be a violation of the Espionage Act — the same section of the criminal code cited in the FBI's search warrant for Trump's Mar-a-Lago home earlier this month.

In 2012, as Petraeus left the CIA, he signed a document that declared, "I give my assurance that there is no classified material in my possession, custody, or control at this time." That document later became part of the case against him.

But Trump, like his predecessors, apparently did not sign such paperwork, which could have legal significance for how prosecutors view his case.

The Trump investigation grew out of a dispute in which the National Archives repeatedly pressed the former president to provide material that was considered government property under the Presidential Records Act. Eventually, Trump advisers turned over 15 boxes of material, including, the agency said, more than 100 classified documents, some of them top-secret.

The return of those boxes from Trump's Mar-a-Lago Club in January set off alarm bells in the government that the former president or his aides had mishandled and kept significant amounts of sensitive national defense information. But Trump's unique position as a former president means that the criminal investigation may, by necessity, end up more focused on what Trump did starting in May, when he received a grand jury subpoena for any remaining material bearing classified markings, rather than his actions regarding items handed over in January.

If Trump did not fully comply with the subpoena, experts said, he could face legal jeopardy regardless of whether he was read out of classified programs when leaving office.

"It is yet another reason why criminally investigating and prosecuting a former president has complexities," said Brandon Van Grack, a lawyer in private practice who previously worked classified mishandling cases when he was a federal prosecutor. "What it highlights is the criminal case is focused on what happened after May, not about what happened before then."

A Justice Department spokesman declined to comment on how the apparent lack of a read out or read in for Trump might affect prosecutors' legal analysis of the facts in the Trump case.

John Kelly, a onetime chief of staff to Trump who has said he disliked classification rules and distrusted intelligence officials, said government officials should have given the 45th president some kind of farewell debriefing about classified matters and documents when he left the White House.

A Trump spokesman did not respond to a request for comment about whether the former president received any kind of exit briefing about classified material. Trump has criticized the FBI for raiding his home, and his defenders have claimed that he declassified the material he took with him before leaving office — though no evidence has been made public that he went through the process for doing that.

On Monday, Trump's lawyers filed court papers seeking to have a special master appointed to review the material seized in the August search — a curious request given that such appointments are generally done to handle matters of attorney-client privilege, not classified information, and the request didn't come until two weeks after the search, meaning law enforcement officials have already been reviewing the seized material for a significant period of time.

A federal judge in Florida who received that request has asked Trump's legal team to clarify why they made it, giving the lawyers until Friday to respond.

Mishandling of national security evidence is not the only crime being investigated in the Mar-a-Lago probe, and Trump's unique status as a former president may not lessen his legal risk to the other two potential criminal charges listed on the search warrant: destruction of records and concealment or mutilation of government material.

Still, Ashley Deeks, a law professor at the University of Virginia who until recently was deputy legal adviser to the National Security Council, said the laws and practices regarding classified information places the president in a somewhat unique position.