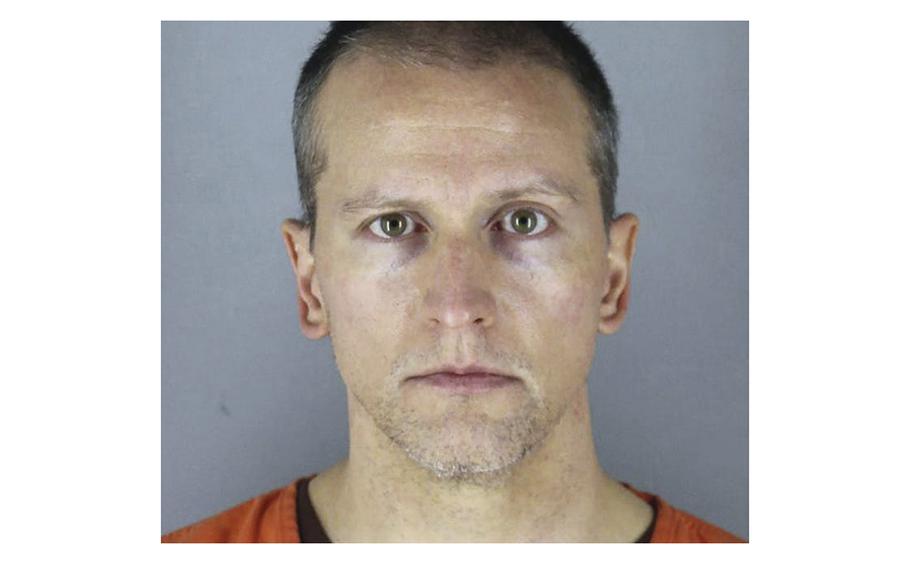 MINNEAPOLIS (Tribune News Service) — Fired Minneapolis police Officer Derek Chauvin was taken by U.S. marshals from a state prison and is heading to a federal facility to serve his time for killing George Floyd more than two years ago, a Minnesota corrections spokesman said.

Chauvin was picked up by marshals about 8 a.m. at the Minnesota Correctional Facility in Oak Park Heights, Department of Corrections spokesman Nicholas Kimball said.

Marshals Service spokesman Michael Fuller said Chauvin was being flown to a federal prison. Fuller said that Chauvin would likely have been in ground transportation if bound for one of Minnesota’s federal lockups.

Federal officials said late Wednesday afternoon that Chauvin was being moved to a Federal Bureau of Prisons facility in Tucson, Arizona, where there are medium- and high-security lockups.

Senior U.S. District Judge Paul Magnuson sentenced Chauvin in July to more than 20 years in prison for violating the civil rights of Floyd and a Black Minneapolis teen. That is less than the term he was already serving on state murder charges for killing Floyd while arresting him in May 2020.

Magnuson said during sentencing that he intended to request that federal prison officials place Chauvin at a location near family who live between Iowa and Minnesota. But he acknowledged that judges cannot dictate where prison sentences are served.

The federal sentence is being served concurrently with his 22 ½-year state term for Floyd’s murder. He will also serve five years of supervised release when he leaves custody in roughly 17 years.

When Chauvin, 46, pleaded guilty in December to violating Floyd’s civil rights and admitted to kneeling on the neck of a then-14-year-old boy three years before Floyd’s death, he agreed to a sentence of 20 to 25 years.

Federal prosecutors had asked for the longer sentence for Chauvin because, they argued, his state charges did not address his 2017 use of force against the boy, John Pope, nor did they account for his abuse of authority. Chauvin struck Pope on the head with a flashlight and pinned him under his knee in a similar manner to the restraint that caused Floyd’s death.

Pope and 39-year-old Zoya Code have since filed separate federal civil rights lawsuits against Chauvin and the Minneapolis Police Department over Chauvin’s use of the dangerous neck restraint.

The sentencings brought to a close the Justice Department’s criminal prosecution of the four ex-Minneapolis officers involved in Floyd’s death. Earlier in July, former officer Thomas Lane was sentenced to 2 ½ years.

Last week, Kueng and Thao formally rejected a plea offer in court that would have allowed them to avoid a state trial and additional prison time from the federal civil rights sentence they received in connection with Floyd’s killing. Lane agreed to plead guilty this summer to his state charges in an identical deal to the one the others turned down.