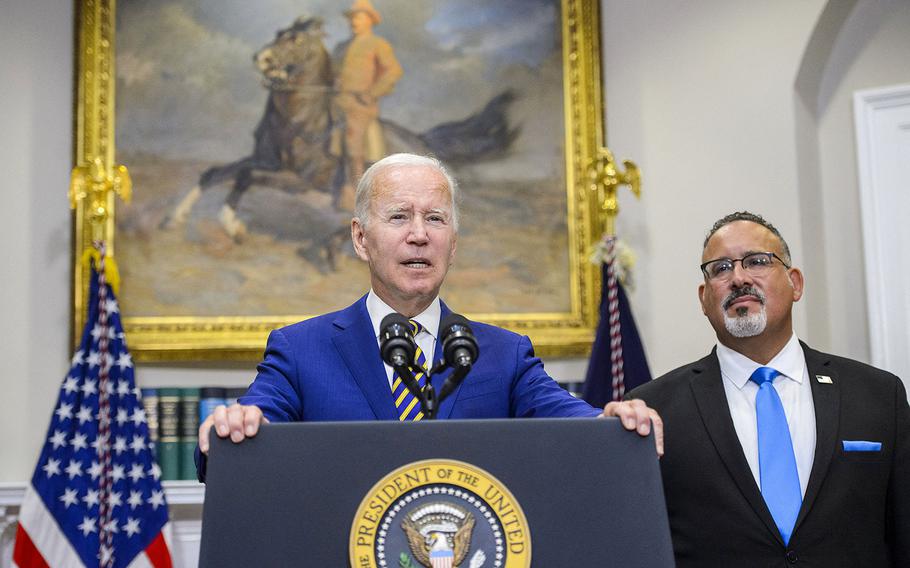 “I didn’t have any advance notice,” Biden said at the White House following an event to announce student loan relief. “None, zero, not one single bit.”

The remarks were the first time Biden has personally commented on the unprecedented effort by federal law enforcement to recover classified documents being held by the former president, though other White House officials had previously said he did not know about the Aug. 8 search before it was reported in the media.

Some Republicans have suggested that the effort was politically motivated by Biden, who Trump has hinted he plans to challenge in the 2024 presidential election.