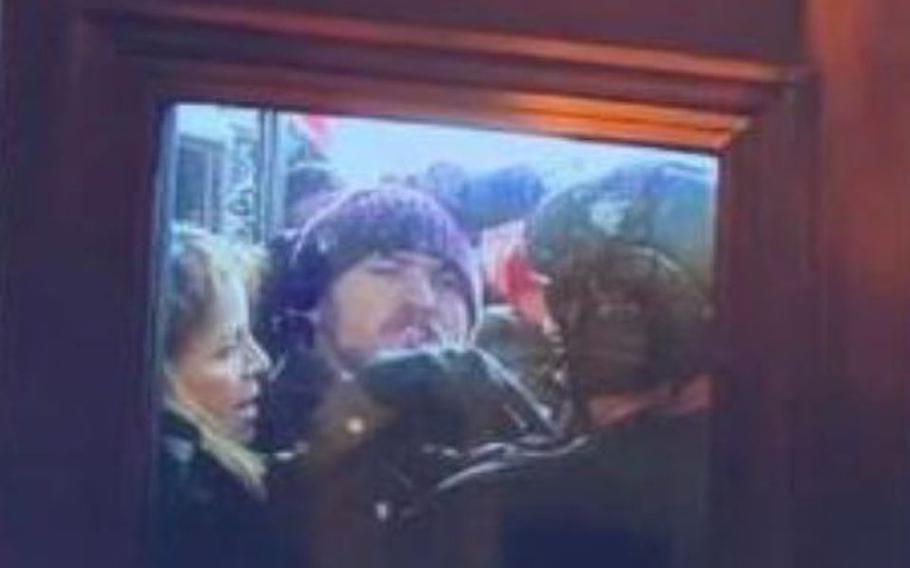 (Tribune News Service) — An Alabama man was arrested Tuesday on felony and misdemeanor charges for his actions during the breach of the U.S. Capitol on Jan. 6, 2021.

Dillard is also charged with six related misdemeanor crimes. He was taken into custody in Columbiana and was set to appear before a federal judge in Birmingham.

Dillard’s LinkedIn profile says he graduated from Briarwood Christian High School, and served in the U.S. Marines for five years as a videographer and public affairs correspondent and attended Samford University.

In the 19 months since Jan. 6, 2021, more than 860 people have been arrested in nearly all 50 states for crimes related to the breach of the U.S. Capitol, including over 260 individuals charged with assaulting or impeding law enforcement.

Dillard is one of a roughly a dozen Alabama residents charged in connection with Capitol breach during a joint session of Congress which had convened to ascertain and count the electoral votes related to the presidential election.

According to court documents, Dillard illegally entered the Capitol on Jan. 6, 2021, through the East Rotunda doors at approximately 2:26 p.m. Once inside, he made physical contact with two officers from the U.S. Capitol Police.

Charging documents state Dillard grabbed one officer from behind and threw him to the ground. The officer told federal investigators that he did not seek medical attention but said of the incident, “that’s when it got hazy for me.”

A second officer said that Dillard told him he had been in the military and began to yell at him.

Investigators have issued multiple public pleas for help identifying those who were captured in footage on the day of the breach.

One tipster told investigators that he or she spoke with Dillard on the day after the breach, and Dillard admitted to being inside the Capitol on Jan 6. “Dillard stated he was at the Capitol to strike fear into the politicians,’’ records state.

Investigators also found conversations on Instagram referring to the breach. One user asked Dillard, “Bro you in DC?’’ Dillard responded, “Sure am.

Another conversation shared a news image that appears to be Dillard inside the Capitol with the question, “Is that you??” Dillard replied, “Sure is hehe.”

The case is being investigated by the FBI’s Birmingham Field Office and the FBI’s Washington Field Office, which identified Dillard as #166 on its seeking information photos.

The FBI’s Mobile Field Office and the Charleston Resident Agency of the FBI’s Columbia Field Office, as well as the U.S. Capitol Police and the Metropolitan Police Department, assisted in the investigation.