Unplanted acres in US surge on extreme rain and drought 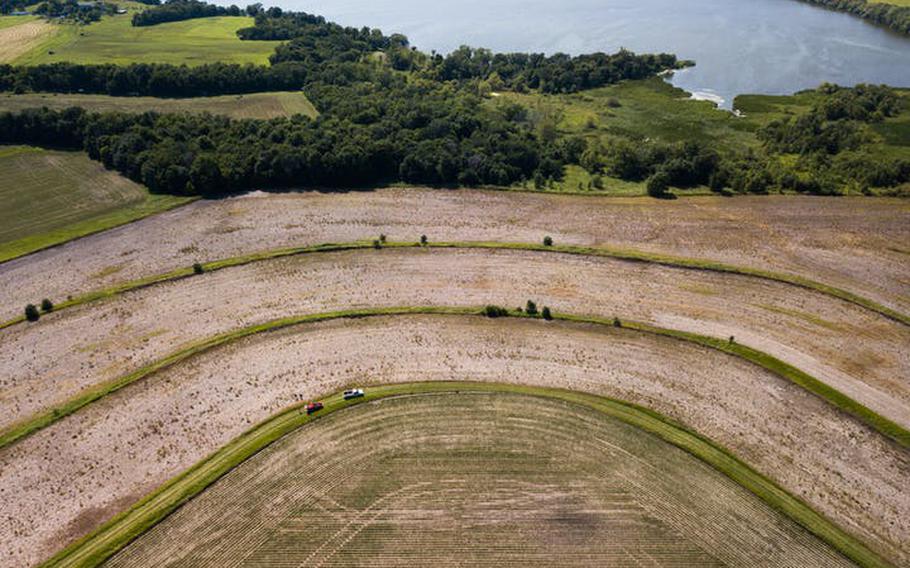 Large tracts of land are left bare in Dundas, Minn., due to a wet spring in 2019. According to an August report by the USDA Farm Service Agency, some 6.4 million acres of land in the United States cannot be planted due to extreme weather. (Mark Vancleave/Star Tribune/TNS)

(Tribune News Service) — Acres that US farmers were unable to plant have more than tripled from the same period last year as extreme weather wreaks havoc on fields.

Prevented planting acres — or insured crops that can't be planted because of disasters including flooding and drought — were at 6.4 million, according to the USDA Farm Service Agency's August report. That's up from 2.1 million in 2021.

The news comes at the start of the key US crop tour, which will determine if the US can produce enough corn and soybeans to revive supplies diminished by extreme weather and Russia's invasion of Ukraine. While the prevented planting acres trail behind 2020's numbers, it comes at a time when the world is more reliant on the US crop. The war has made food grown outside of Ukraine vital for curbing the worst inflation in decades.

Corn acres "unsurprisingly" saw the largest volume of prevented planting due to a cool start to the season, Jacqueline Holland, an analyst at Farm Futures, said in a note.

"The data confirms the lingering 'woulda, coulda, shoulda' thoughts that have been running through farmers' minds since the slow planting season this spring," she said.