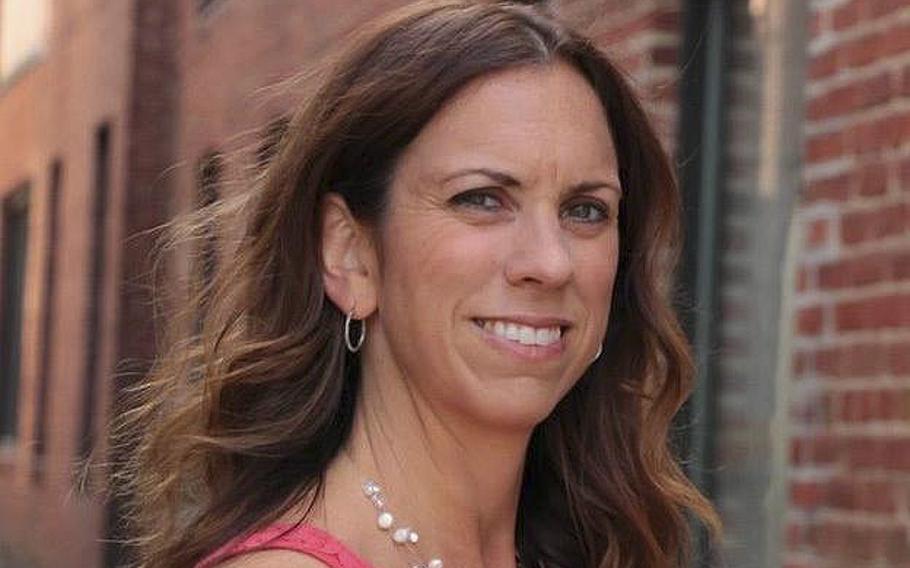 Colleen Shogan has been nominated to lead the National Archives. (Facebook)

WASHINGTON (Tribune News Service) — The Yale Ph.D. who's been nominated to lead the National Archives faces a hostile path to confirmation as GOP senators vow to "absolutely demand answers" after the agency prompted the FBI search of Donald Trump's home.

Colleen Shogan, a former deputy director at the Library of Congress who writes whodunit murder mysteries in her spare time, was tapped by President Joe Biden on Aug. 3 to take over the agency best known for housing the original Declaration of Independence.

Her nomination — four months after the previous director retired — was just another shuffle of the D.C. bureaucracy, barely noticed outside the circle of historians and academics who rely on the repository of federal records. That was until FBI agents swarmed Trump's palatial Florida estate in search of classified documents.

The search, conducted because the National Archives and Records Administration told the Justice Department that top secret records were in some of the boxes of White House material Trump had turned over previously, changed the stakes.

The move ignited a furious reaction from Republican office holders and party operatives — none more enraged than the former president himself, who has accused the FBI of planting evidence and being on a political witch hunt. His supporters in the Senate seem eager to take up the charge.

GOP Sen. Rick Scott, a member of the panel that will consider Shogan's nomination, "absolutely will demand answers" about the search as part of Shogan's confirmation proceedings, said Clare Lattanze, a spokesperson for Scott.

Another Republican on the committee, Sen. James Lankford of Oklahoma, also plans to closely question Shogan. He and Scott have already requested a full committee briefing by the FBI, the Justice Department and the National Archives, citing "significant questions" about the basis for the search of Trump's property.

Shogan, 46, the first woman to be nominated Archivist of the United States, will go before a panel that also includes hard-line Republican Trump defenders Ron Johnson of Wisconsin, Josh Hawley of Missouri and Rand Paul of Kentucky. Representatives of the three senators didn't respond to requests for comment, nor did committee staff.

Republicans on a House oversight panel wrote the National Archives as well, warning they will investigate the agency's "singling out" of Trump if Republicans regain control of the House. They demanded the archives preserve records related to the search.

A confirmation hearing for Shogan hasn't been scheduled yet.

Well before the Mar-a-Lago search, David Ferriero, who retired as head of the archives in April after 12 years in the post and referred the matter to the Justice Department, foresaw the difficulties ahead. He told C-SPAN that he "can't imagine a smooth process" for his successor's confirmation.

Shogan, currently a senior executive at the White House Historical Association, referred questions to the Biden administration. A spokesperson there said the nominee wouldn't conduct media interviews prior to confirmation.

The White House instead sent a written statement saying Shogan "is well-qualified to be the next Archivist of the United States and we hope that the Senate will quickly take up her nomination and confirm her."

The National Archives and Records Administration encompasses buildings in Washington and College Park, Maryland, along with 13 presidential libraries and 14 regional archives. Its holdings include 13 billion pages of documents, 10 million maps and charts and more than 44 million photographs and graphics.

Its records are an important source of historical, legal and journalistic accountability for the entire bureaucracy as well as a basis for Americans' connection with prior generations. The archives' release of audio tapes kept by presidents Richard Nixon and Lyndon Johnson drew national attention while many family genealogists research ancestors through its collections of military service records and census forms.

The FBI search at Trump's Florida resort followed an 18-month effort by the archives to retrieve presidential records taken when he left the White House.

The archives contacted the Justice Department after the agency found classified material in 15 boxes of documents it recovered from Mar-a-Lago in January. The FBI search this month turned up more boxes of documents, some of which bore the US government's highest top-secret rating.

The archives also has figured in the jousting over the House investigation of the Jan. 6 insurrection at the U.S. Capitol. The Supreme Court in January rejected a bid by Trump to block the agency from turning over documents the panel requested, including records of communication between the White House and Justice Department leading up to Jan. 6. Trump argued the records should have been protected by executive privilege.