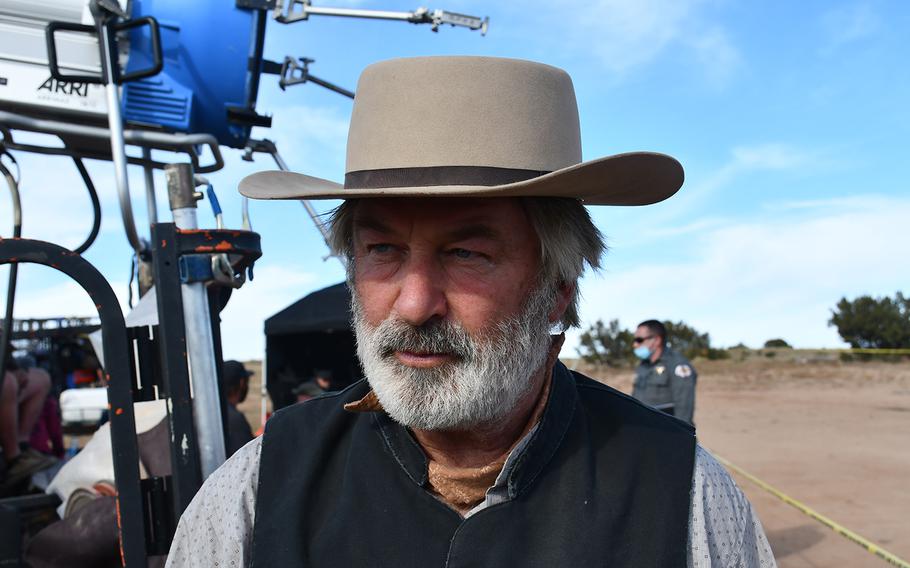 (Tribune News Service) — Actor Alec Baldwin claims he has lost five jobs, including one this week, in the aftermath of the killing of cinematographer Halyna Hutchins on the set of his defunct film "Rust" in October. He also says the stress he's endured has "taken years" off his life.

The 64-year-old actor told CNN that ongoing questions about Hutchins' death prompted him to hire a private investigator to get to the bottom of the "tragic" incident he feels law enforcement will rule accidental.

Hutchins, 42, died after being struck by a bullet fired from a prop gun Baldwin was holding.

Baldwin insisted there was no reason the gun he was handed on set should have been packed with live ammunition and blames props assistant Hannah Gutierrez-Reed and assistant director Dave Halls for putting him in the precarious situation that led to the death of Hutchins on a Santa Fe, New Mexico, film set more than nine months ago.

"There are two people who didn't do what they were supposed to do," he told CNN.

Baldwin alleges Gutierrez-Reed was in charge of managing weaponry and Halls handed him a loaded gun, without telling anyone it was "hot."

Gutierrez-Reed, in a statement to the Daily News through attorney Jason Bowles, said "The primary question in this case from the beginning has been where did the live rounds that ended upon (sic) the 'Rust' set come from?" and insisted local law enforcement could answer that question by asking the FBI to test ammunition found on set for fingerprints or DNA.

Her lawyer, as well as Lisa Toracco, an attorney for Halls, accused Baldwin of trying to shift blame away from himself.

"Halls is a scapegoat," Torasco claimed.

Baldwin told CNN he doesn't expect anyone involved in Hutchins' death will face criminal charges. The incident remains under investigation.

The FBI reported last week that 150 live rounds were located on the set of "Rust." According to the cable news channel, Baldwin further wondered if the film's prop supplier accidentally delivered live ammo to a fake gunfight.

Gutierrez-Reed filed suit against the film's ammo provider in January, alleging she unwittingly received a batch of bullets containing dummy rounds and real projectiles. Attorneys for that company's owner admitted their client provided ammunition for the film, but asked a judge to drop the case.

Baldwin said he pulled back the hammer of the weapon that killed Hutchins, but denies pulling the trigger.

Director Joel Souza was also injured by the bullet that killed Hutchins.

The Emmy-winning star told CNN it was his hope the Western his crew was working on would be released so he could give the cinematographer's 9-year-old son Andros a financial cushion. Hutchins' family announced in February they would file a wrongful-death suit against Baldwin, who was also a producer on "Rust."